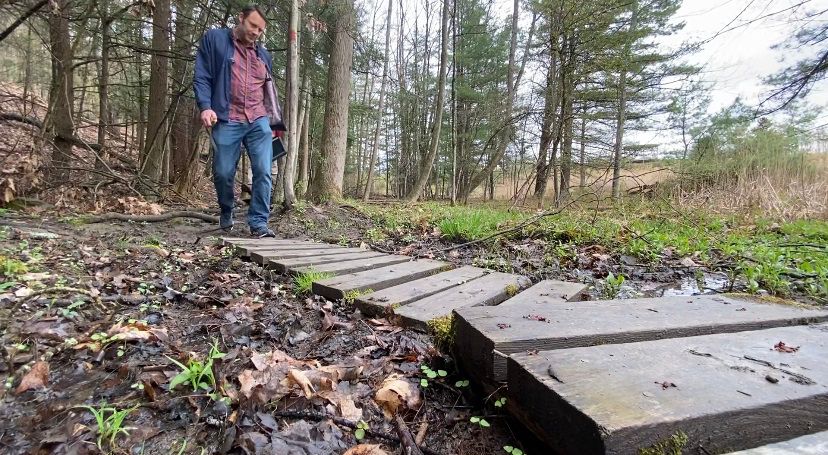 Shaw who partnered with Jeff Merrill, to form Southern Tier Land Conservancy. The group is dedicated to protecting natural areas and endangered or threatened species.

“When you look at the wildlife species we have in New York, a huge percentage of them are reliant on some point in their life cycle on some sort of wetlands, streams, other water features,” said Merrill, Southern Tier Land Conservancy president.

But as more urban areas continue to pop up in these non-conserved lands, these two men fear more of this wildlife will begin to disappear, and they’re already seeing signs.

“What you see now may not be here in 50 to 100 years. There are stresses that can come in from the outside like invasive species,” said Merrill.

But there is some good news for the group, as they just received a grant from the DEC to help push their mission even further.

“This grant we just received from the DEC through the Land Trust Alliance is really important to building our strategic plan, which is really the next step for this group. We need to find out what it is that people in this area really want to have conserved and provide this mechanism for them,” said Shaw.

There are roughly 900,000 acres of conservation land across the state. While this may seem like a big number, New York is roughly 35 million acres in size.