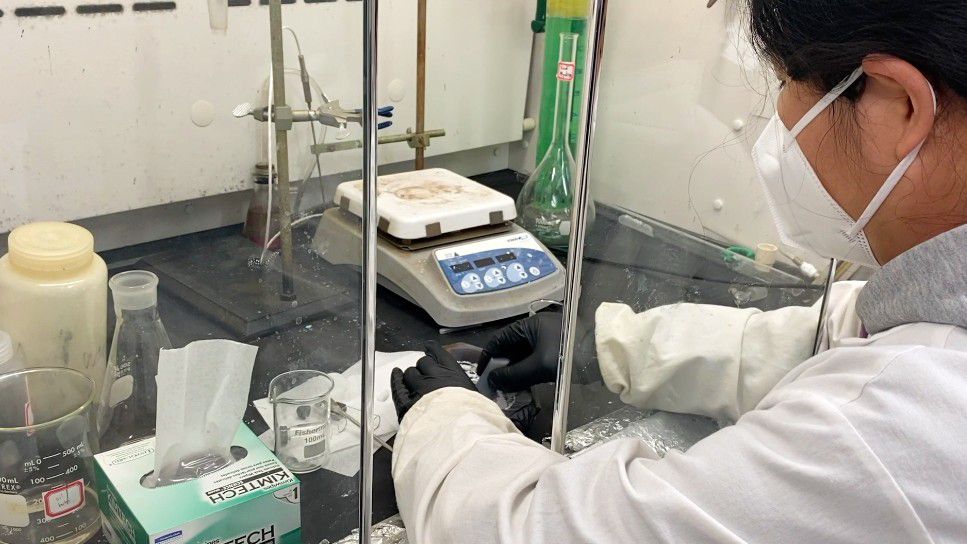 Binghamton University is now one step closer to becoming a national hub for lithium-ion technology and manufacturing.

U.S. Sen. Chuck Schumer made a trip to the campus Monday to announce that BU is now one of 60 regions who could receive up to $100 million through the Build Back Better plan.

“Now is the opportune time to breathe new life into that legacy and make the Southern Tier a manufacturing powerhouse once again,” said Sen. Schumer.

.@SenSchumer sights up to 8,000 jobs that could be created if @binghamtonu wins the "Build back Better" competition for a lithium-ion battery manufacturing center in Endicott pic.twitter.com/Bz8ySkrXD3

It was once known as the valley of opportunity, and for the first time in decades, that legacy could live on.

Binghamton University is now a finalist in the “Build Back Batter” competition, which would allow it to establish a national hub for battery innovation, manufacturing and development.

“We’ll be able to make batteries and all sort of other devices where we’ll be able to stamp on them ‘made in America’ and be proud of it just as we were 50 years ago where we had Endicott Johnson, we had IBM,” said Stan Whittingham, Nobel Prize winner and distinguished professor of chemistry.

The push is being led by Whittingham and someone who calls him his mentor, his former student, Shailesh Upreti.

Upreti has already begun the process of bringing lithium-ion battery production to Endicott, with his own private, homegrown factory.

Production on the multi-million dollar project at the site of the former IBM will begin this summer.

“It’s exciting. The last 10 years, we have devoted the developing of the chemistry, the supply chain, design, engineering, and now it’s all coming together,” said Upreti.

The Endicott giga factory could begin production as soon as this summer pic.twitter.com/0ricRQr7rD

If BU wins the competition, it would help bridge the gap from research at the university with development at Upreti’s site and manufacturing on a much larger scale. It’s set to create over 8,000 jobs within the village of Endicott over 10 years.

For these students, Upreti says it’s a big goal to work towards.

“The way we explain, the one thing is finding a job, the other thing is creating jobs, so I think when you work with Stan, and you get a lot of knowledge, I think you should be working at how many jobs you can create, versus where you can get your job," said Upreti.

The university and the region can expect to find out whether or not they earned the award in June.

Binghamton University was one of more than 500 applicants in phase 1. They now look to move to the final 20.