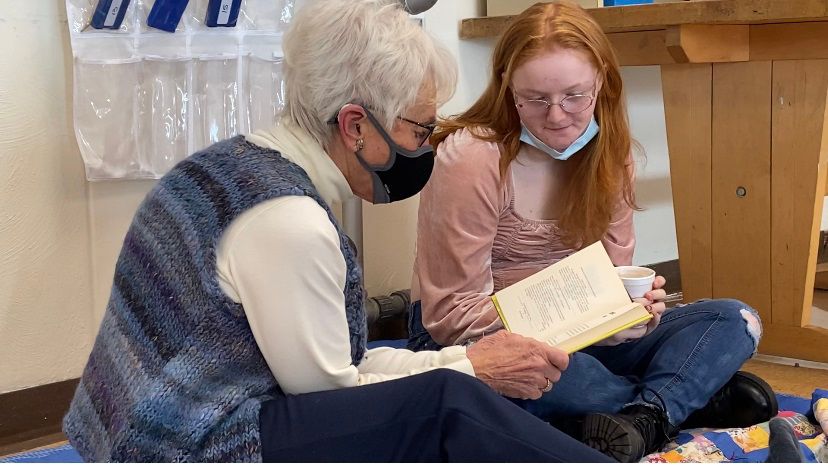 Growing up, we can all look back to that one person that left a major impact in our life. Janet Denman is hoping to be just that for eighth-grader Hayleigh Scofield.

Miss Janet, as she’s known, volunteers at the Binghamton City School District mentoring program, and the two have really gotten to know each other over the years.

“I get to just talk to someone every week, and I’ve kind of grown up with her because I’ve been talking to Miss Janet since the third grade. She’s kind of like a grandma to me,” said Scofield.

It’s a role that this former nurse is more than happy to take on, and it came at the perfect time in her life.

“Somebody who’s a retired teacher told me about this, and she said it’s just one hour a week, and you get to work individually with one student and I thought, oh, that seems like it would be quite interesting,” said Denman.

Mary Ann Dorner runs the program and any student is welcome to join. Kids typically each lunch with their mentor and just talk about daily life.

“I see people in different situations, what their situations are, the difficulties that people have,” said Denman.

Sometimes even that simple chat can make a world of difference. Reading alongside her mentor, Scofield says she’s already left a major impact on her life.

For these kids in the mentoring program, those role models mean everything to them, and Miss Janet is no different. She says the program has been just as rewarding for her.

While the program is growing, leaders say more mentors are needed.