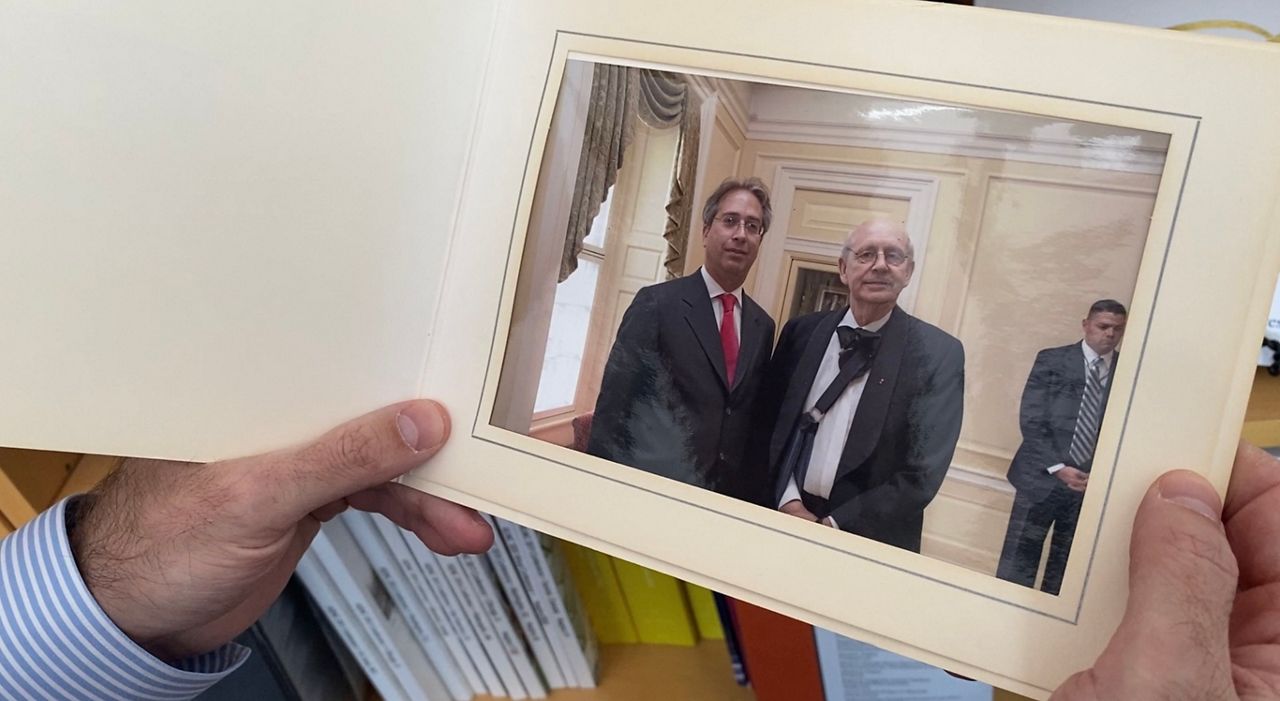 A Syracuse University professor is looking back at the justice system in the United States, and specifically the role of Supreme Court Justice Stephen Breyer, who recently announced his retirement from the nation's highest court.

Roy Gutterman, who also serves as the director of the Newhouse School's Tully Center of Free Speech, says his connection to Breyer throughout his own journey in education and law has strengthened his love and appreciation for it.

“I have this built-in affinity of First Amendment values. That was sort of the impetuous of me going to law school. I wanted to be a First Amendment advocate,” said Gutterman. “It gives us the rules and it puts things on an even playing fields."

Back when Gutterman attended Syracuse University for law school, he wrote a law review article that won a Burton Award, a foundation that started in 2000 to recognize legal writing for law students and professionals.

“I’ve been involved with the Burton Foundation ever since. The Burton Foundation for legal achievement has a Supreme Court Justice at the event at the Library of Congress every year. That’s brought me into contact with about five or six justices,” said Gutterman.

One including Justice Breyer.

“He was really warm and kind of low key, professorial, sort of like how he is on the bench," said Gutterman. "I’ve seen about a dozen oral arguments over the years.”

Gutterman says he appreciates Justice Breyer’s declaration on the role of democracy and free exchange of ideas. Freedom of speech has been the foundation of Gutterman’s career.

“Always had this sort of built in distaste for censorship. Let people say whatever they want. Guess I had a big mouth when I was a kid and it’s followed me through to adulthood,” said Gutterman.

He says life has come full circle. His main role at the Tully Center in the Newhouse School is to advocate and speak out for the First Amendment.

“The more fun parts of the class is the what if question. What if this happens? What if I do this? Am I going to get in trouble? Am I going to go to jail?" said Gutterman.

Gutterman says if you can read, you can understand the law.