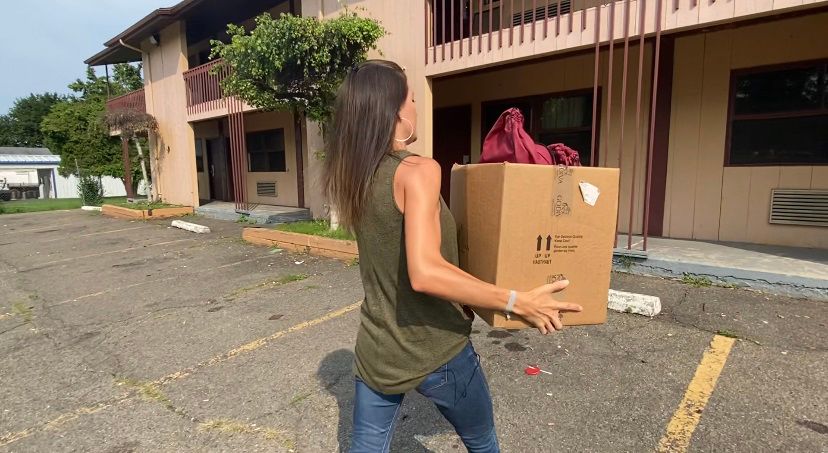 Homelessness on rise as advocates look to hold landlords accountable

Rebecca Rathmell has been serving the homeless population for nearly 15 years. She says, with shelters filling up, many of the individuals she advocates for are running out of options.

“DSS contracts with 10 local hotels to provide emergency shelter, all of which are currently at capacity, just like every single shelter in Binghamton. That’s roughly 300 beds, and when they’re at capacity, there’s really no other option,” said Rathmell.

While advocates like Rathmell may be playing a small part, they’re ready to help in any way they can. As she stops by a motel in Endwell, she drops off supplies to help get families through week, or even the day.

For many of these individuals, their need is for much more than simply housing.

“We have had many of folks who have donated supplies like hygiene items, toilet paper, washcloths, soap, gift cards, transportation passes, all things that you can’t really find or purchase on your own when you have no funds available,” said Rathmell.

Rathmell points out that there are a number of vacant properties throughout Broome County. Many of these locations are run down, and unfit for human occupancy, but advocates like her are pushing to hold landlords more accountable, and make sure new buyers have good intentions.

“We don’t have the rental stock to provide homes to all of our folks locally who are experiencing homelessness, yet we have dozens of properties like this one that sit vacant, they’re allowed to deteriorate because we don’t have any protocol in place that require them to be habitable,” said Rathmell.

Rathmell argues that if these properties were kept up, counties could actually be saving money.

“No one’s saying that any of this would be easy. It would take significant funds to assess the rebab potential of a foreclosed property and turn it into affordable housing, but the alternative is we just keep paying millions of dollars every year to keep people homeless in hotels,” said Rathmell.

As she walks just a bit further down the road, Rathmell reflects on another issue. In some cases, landlords are not taking care of their properties and as a result, low-income families are having to find new homes.

“This is another property that was recently condemned as unfit for human habitation. We’re consistently seeing the displacement of already economically vulnerable residents because quality isn’t regulated and now they have no alternative,” said Rathmell.

Rathmell estimates there are hundreds of properties that could be housing homeless individuals. In the meantime, she won’t stop fighting to find them more options.