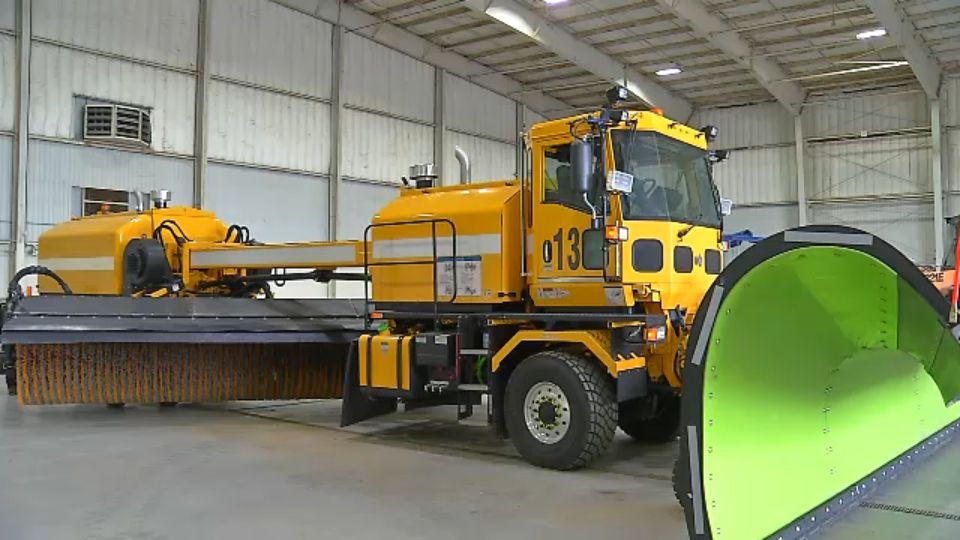 The airport unveiled their MB 5, multi-function plow. It's a whopping 52 feet long with a 24 foot plow.

As staffing decreases at airports nationwide, tools like these are in high demand.

This comes at a challenging time for the airport, which currently has just two Delta flights a day.

The aviation commissioner believes moves like these could put them in a better position.

"When an airline sees that we're being proactive and going out and getting equipment to increase the efficiency, to help get plains in and get plans out, it's fantastic," said Mark Heefner, Deputy Aviation Commissioner.

The entire unit was funded by federal and state money.