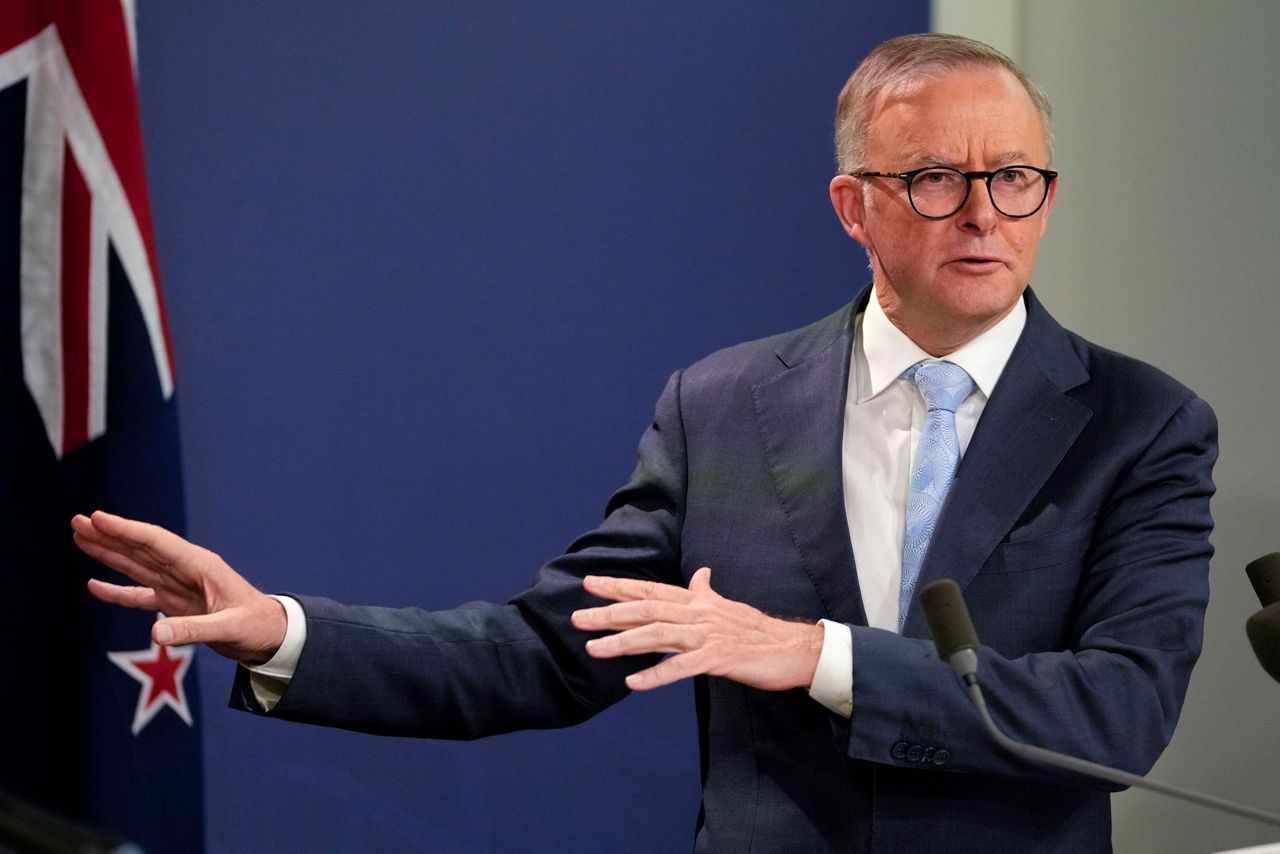 Albanese will attend a NATO meeting in Spain at the end of this month.

Albanese said he only became aware of the invitation to visit Ukraine when he read a newspaper report Friday.

“I’ll take appropriate advice, and obviously there are security issues as well in terms of such a visit,” Albanese told reporters.

“I appreciate the spirit in which it’s been offered and one of the reasons why Australia has been invited to NATO is that Australia is the largest non-NATO contributor to give support to Ukraine in its defense of its national sovereignty against Russia’s illegal, immoral invasion. And we’ll continue to stand with the people of Ukraine,” Albanese added.

Zelenskyy gave the invitation when he wrote to congratulate Albanese on his center-left Labor Party’s win at elections on May 21, said Ukraine Embassy in Australia’s deputy head of mission Volodymyr Shalkivski.

The invitation was for Albanese to “visit Ukraine at his convenience,” Shalkivski said, and the embassy handed the invitation over to the new administration June 7.

Zelenskyy addressed the Australian Parliament by video in late March when then-Prime Minister Scott Morrison’s conservative coalition was in power. The president appealed for armored vehicles and tougher sanctions against Russia.