GAS PRICESFind lowest gas prices in Triangle
NEW PODCAST EPISODE50+ years in congress: Price and Butterfield look back
COMMUNITY CALENDARAdd An Event to Our Calendar
GET OUR APPOur Spectrum News app is the most convenient way to get the stories that matter to you. Download it here. 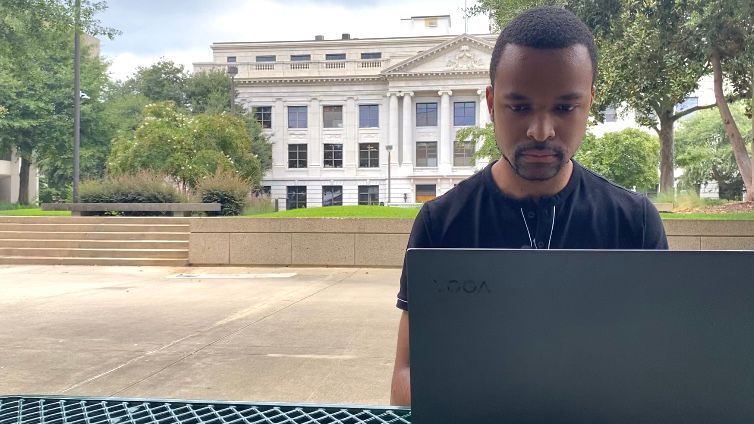 Tyler Daye, who works for Common Cause North Carolina, says he once was registered to a major party but did not want to be labeled. (Spectrum News 1/Mary Helen Jones)

Unaffiliated voter fighting for representation on a state level

Earlier this year, for the first time, more voters chose to be unaffiliated than register as a Democrat or Republican.

One of those unaffiliated voters is Tyler Daye.

When he first registered, Daye was a member of one of the two major parties. Over time, however, he says he didn’t want to be labeled. He wasn’t happy with the division that he saw the two parties creating.

“I used to live in the old 12th District that went from Greensboro to Charlotte, and when I learned about that district and how it had been drawn it really upset me, because I realized that I was kind of like, I was a pawn in the political game,” Daye said.

Now in his mid-20s, Daye works for Common Cause North Carolina.

He’s involved in voting rights and equity, and over the past year has started monitoring local boards of elections.

Even though the unaffiliated are the biggest group of registered voters, they cannot serve on the N.C. State Board of Elections, which oversees election day and election rules for the state.

The state board is made up of five members who must belong to the two parties with the most registered voters — the Democrats and the Republicans.

“I think that this is really just a matter of basic fairness,” Daye said.

Daye, other unaffiliated voters, and Common Cause North Carolina filed a lawsuit hoping to change that.

In a statement, Common Cause said people shouldn’t have to align themselves with a party just to be able to serve the public.

Daye says it’s about looking out for everyone in the state.

“It’s really just about having someone with another perspective, another voice at the table,” Daye said. “To me it’s the same reason why you want a diverse group of people on, to serve on any board, because you want that representation.”

While Daye says it might be a little scary to put his name on the lawsuit, he’s always wanted to be a force for social change.

But there are many ways that those people registered to vote can do just that, he says.

“You don’t have to necessarily have to put your name on a lawsuit, but, you know, get involved, vote, because this is our country and our future, so it’s important that we all are, we all participate in it because we’re all a part of it.”