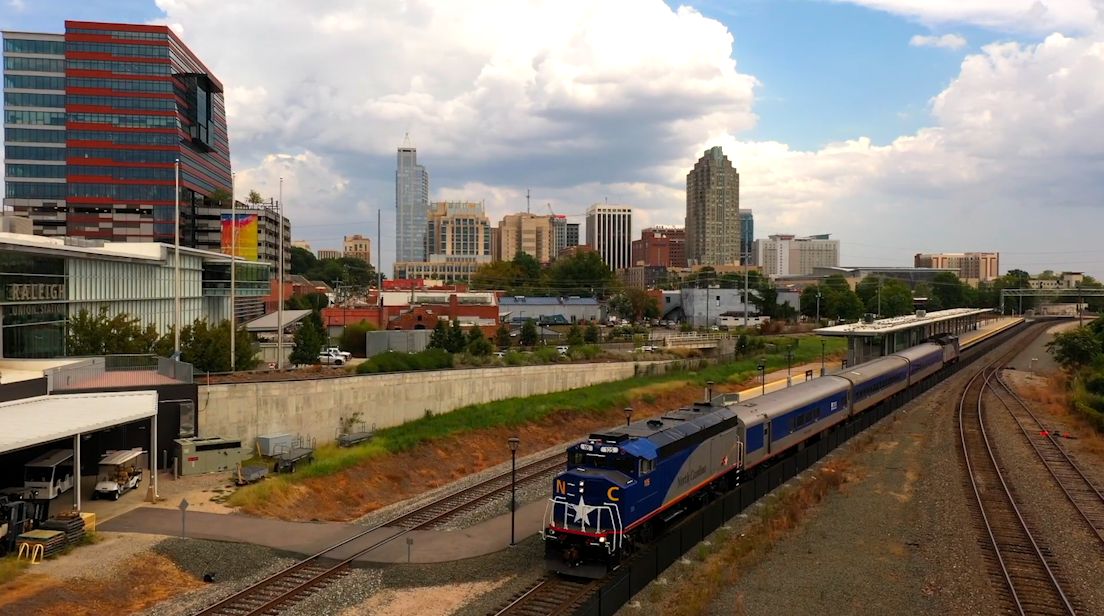 The proposed rail would use existing tracks on the North Carolina Railroad Company Corridor. (Spectrum News 1)

Costly commuter rail would ease gridlock traffic in the Triangle

RALEIGH, N.C. — As the Triangle area continues to be a hot spot destination for people moving into the area, along comes more cars on the roadways.


The transit system would provide another option for commuters to reduce gridlock traffic during rush hour. It would use existing tracks on the North Carolina Railroad Company Corridor and provide about 12,000 trips per day, according to GoTriangle.

Dave Klemp is a transportation advocate who uses his car for work.

"I would love to be one of the people that's not in the car all the time, that would take my car off the road. It's not that I wish everyone else would get off the road. I don’t mind getting off the road too sometimes when I can," said Klemp.

Klemp is a sales representative for Deep River Brewing in Clayton. He spends the majority of his day on the road, driving from Chapel Hill to Youngsville. But when he is not working, Klemp prefers to take public transportation.

He is a frequent rider of the GoTriangle public bus system and the Amtrak.

“People think in their minds the only people who take public transit are the people who have no choice, which may be to some degree that's true but it doesn’t have to be," said Klemp.

Klemp created a Facebook group to open the discussion on the possibility of a commuter train.

“What’s happening with transit, and what could be happening or what meetings are happening and you can go and have an opportunity to speak up," said Klemp.

While the commuter rail would be a reliable form of transportation, it comes with a hefty price tag of $3 billion. If the project meets federal guidelines, 50% of the total costs could be covered by grants. The remaining cost would fall into the lap of Wake, Durham and Johnston Counties. 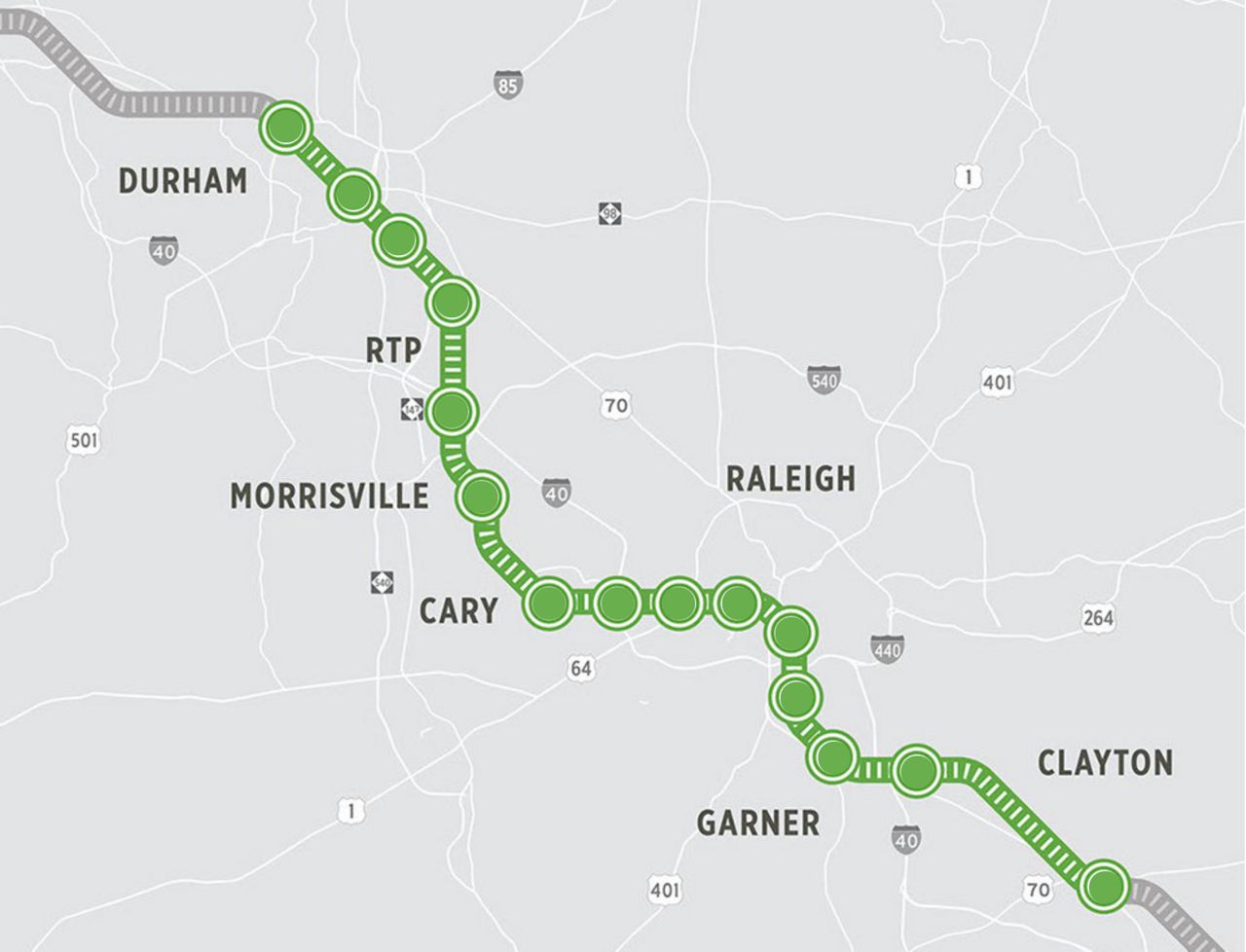 Wake and Durham counties both have tax revenues that are dedicated towards transit improvements, according to GoTriangle.

Klemp says it's worth the investment.

“We can’t build roads fast enough to keep up with any of the traffic that’s coming in,” said Klemp.

GoTriangle continues to work with stakeholders on studying whether the project is technically and financially equitable. Once the study phase is complete, the plan will be voted on by local officials. If passed, they would then submit the proposal to see if it will qualify for federal funding.

GoTriangle is still seeking community input on the commuter rail and proposed stations. To submit your feedback, click here.