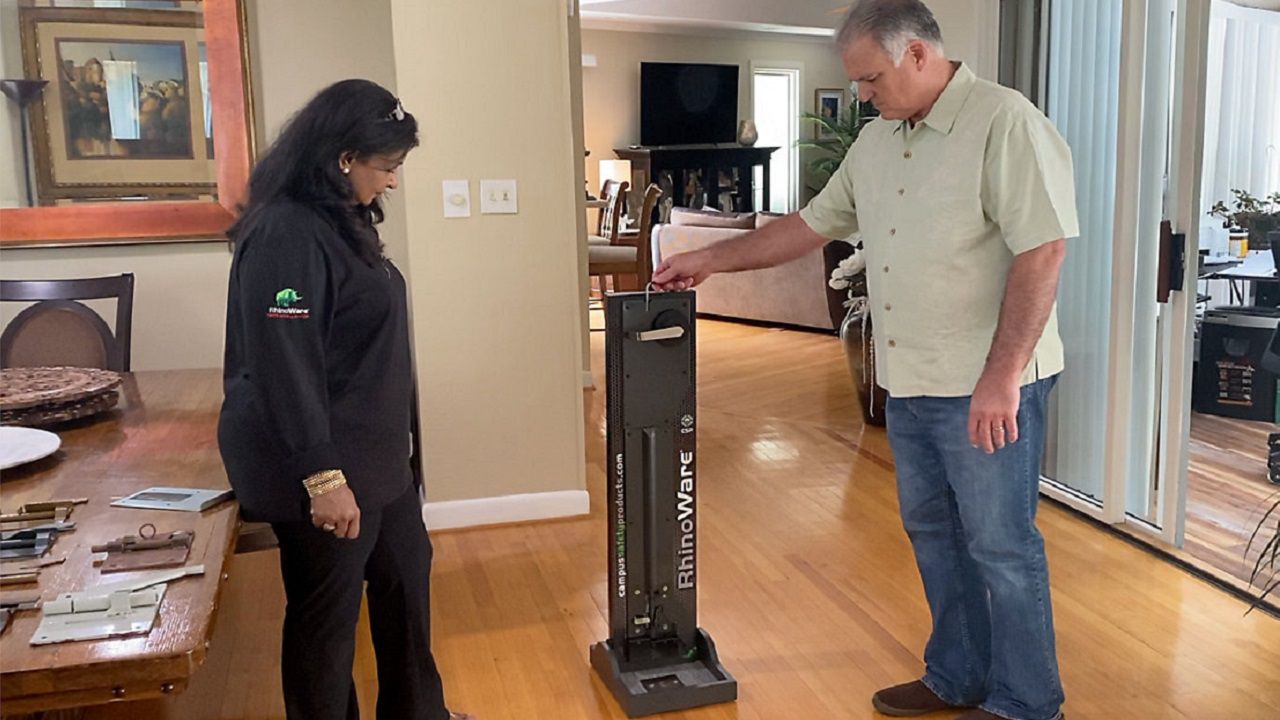 RALEIGH, N.C. — Stepping into the Johnson home, there is a cutout of a wild animal that is sure to grab anyone's attention. But don't worry, Sita and Ed Johnson call the rhino a "gentle giant."

A North Carolina couple may not have the answer, but believe they do have an invention that can help

"The concept is that the rhino protects the children, and the children protect the rhino in taking a great interest in conservation," Sita Johnson said.

Johnson's passion for saving endangered animals stems from her upbringing in Kenya.

"My father was born there, and he was very passionate about Africa. [He] had Africa in his blood," she said.

Years later, the animal is face of their Campus Safety Products lockdown system called RhinoWare founded in 2014. The two say a lot has changed since then, and their product now is in demand in schools across the country.

"It's really unfortunate that a product like this is even necessary. Whether you're 5 or you're 55, you've got to be protected against these types of threats," Ed Johnson said.

He says turning a classroom into a safe room took time, money and expertise. Another challenge was making sure the lock complies with fire, life safety and ADA regulations.

That is now the case.

"In the event of a fire, there should only be one single motion that's required to exit a door so you can evacuate," he said.

Johnson says the lock works on wood or steel doors and can be unlocked with a key and is the last line of defense preventing a school shooter from getting in a room.

Just as a rhino uses its horn to protect its body.

"It just takes a few seconds and that threat will move on, but that few seconds are the most vital," Sita Johnson said.

Wake County Public School System leaders recently met with the Johnson family to discuss their RhinoWare design in what leaders say was a "fact gathering conversation."

The Johnsons say RhinoWare locks are already used in a number of North Carolina school districts in Robeson, Martin and Cabarrus counties and even in U.S. Army bases like Fort Knox.​