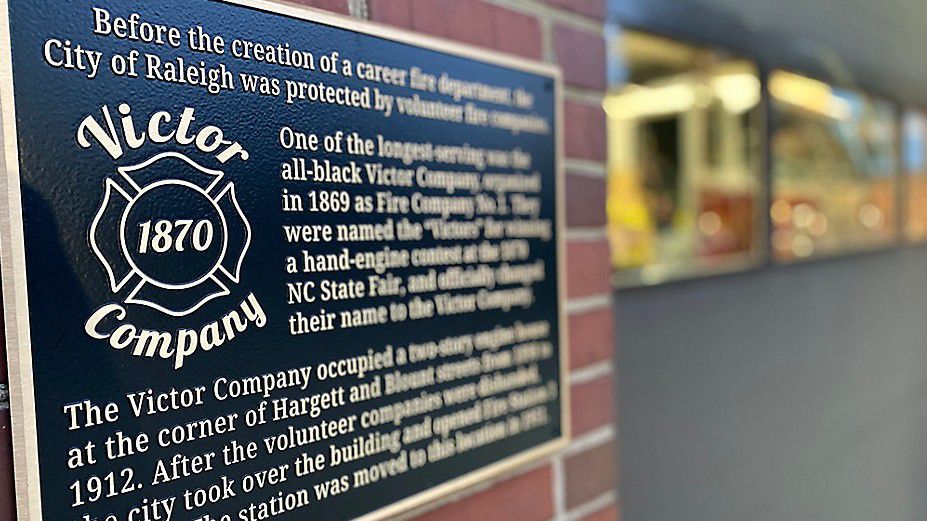 Victor Company was an all black volunteer firefighter company in Raleigh formed in 1869.

Juneteenth Jubilee: How the Victor Company is paying homage to their roots

The parade is being put on by the nonprofit organization, Victor Company.

“We wanted to start a tradition for Juneteenth,” Chaz Moore, the chairman of Victor Company said.

Victor Company is comprised of current and retired firefighters of color from the Triangle. The group focuses on community service activities and public outreach.

“We took that name ‘Victor Company’ based off the volunteer fire department that protected Raleigh so long ago,” Moore said.

“They won a contest, and they changed their name from engine company number one to Victor Company,” Moore said.

Victor Company was one of two fire companies of color in Raleigh.

“Some were free but most of them were probably enslaved. And so now that they had their freedom, one of the first things they did was go fight fire to protect Raleigh,” Moore said.

Moore, inspired by his predecessors, created the Victor Company nonprofit organization in 2017. Moore has been a firefighter for 16 years and will be promoted to rank of Captain in July.

“I appreciate the legacy of it all. Firefighting is what I’ve done my entire adult life, protecting our city and giving back to the community and service,” Moore said.

Like other holidays that have traditions, Moore is hoping that this jubilee parade will become a tradition for the years to come.

The parade will begin at East Street and Morson Street and end at Chavis Park with music, local business owners and dancing.

As part of the Victor Company outreach, Moore says this year they are raising awareness toward childhood homelessness.