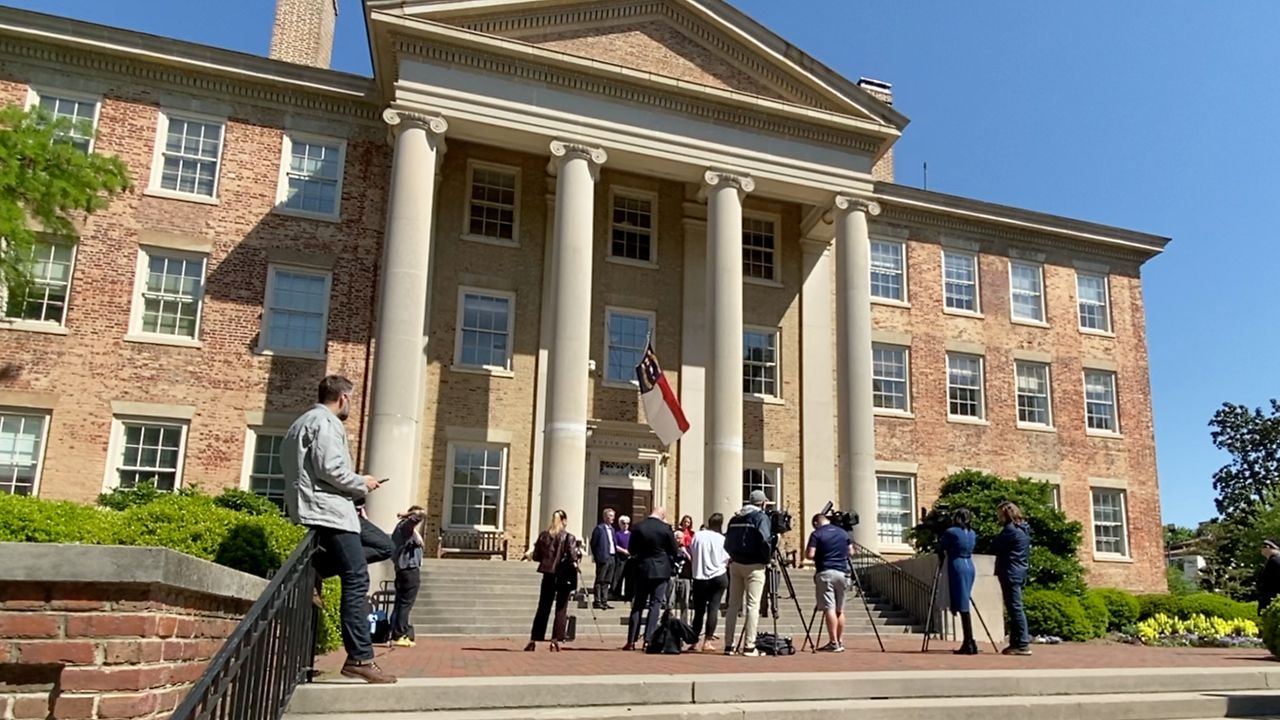 CHAPEL HILL, N.C. — A new report released on the University of North Carolina says the system is in trouble.

On Thursday, the American Association of University Professors, or AAUP, hosted a press conference at the school. They discussed their report that found violations of shared governance, threats to academic freedom and institutional racism in the UNC System.

"Despite being overqualified, Hannah-Jones was opposed by a board that responded politically to the topic of her research around racism," said Nicole Peterson, an associate professor of anthropology at UNC Charlotte and UNC Charlotte AAUP chapter president.

The 38-page report finds of political interference into academia across the UNC system and its 17 affiliates across the state.

Last summer, UNC launched an investigation after someone leaked a donor agreement to a Raleigh newspaper. The investigation included going through faculty emails without telling them.​

"I think what we have realized through this process is that policy was poorly written, outdated and overly broad," Thornburg said. "And it gives people that maybe want to use their power, a little too much latitude to dig into what professors are doing.”

Thornburg used the Freedom of Information Act to request more information on the investigation and the rationale behind that process. He did not get answers until seven months later. And many of the emails were redacted.

"If we are going to hold government accountable, we need to know what government thinks is necessary to investigate," Thornburg said. "And for a government agency to withhold that information from the public is especially troubling.”

AAUP's report says that as many as 22 faculty members had their emails and computer files inspected. But we do not know who those people are.

The UNC administration has released a list of corrections to AAUP's report. Senior Vice President of Academic Affairs Kimberly Van Noort also wrote a letter to Anita Levy with the AAUP. ​

"You offer a relentlessly grim portrayal of one of the nation’s strongest, most vibrant, and most productive university systems," Van Noort wrote. "It’s nearly impossible to square the bleak portrait you’ve created with the thriving campuses we know and love. North Carolina's public universities, like institutions across the country, have challenges and shortcomings. We don’t try to hide or deny those; we strive to improve them."

This report from the AAUP will go to the governing body in the national AAUP organization. It will then decide on what action needs to be taken. The body might decide that the UNC system and its 17 constituent universities be recommended for a sanction. But that is still to be seen.