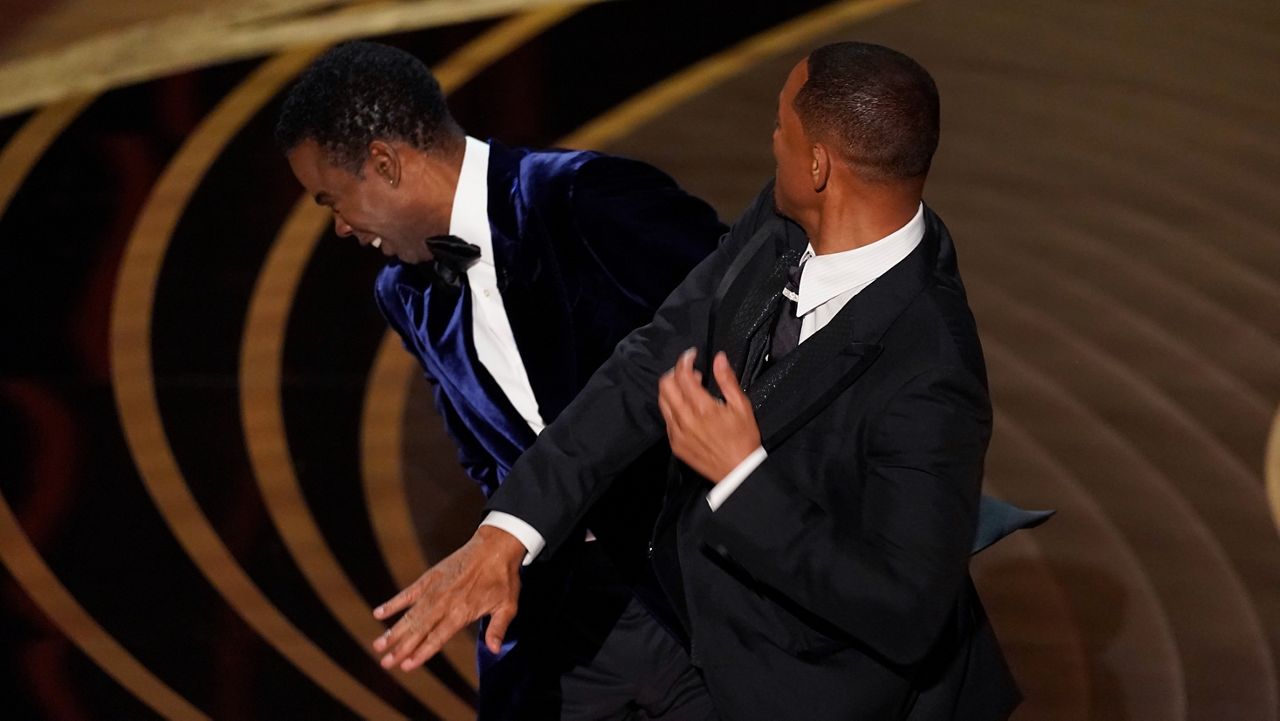 Will Smith, right, hits Chris Rock on stage while presenting the award for best documentary feature at the Oscars on Sunday, March 27, 2022, at the Dolby Theatre in Los Angeles. (AP Photo/Chris Pizzello, File)

DURHAM, N.C. — Chris Rock is coming to town this weekend and tickets are sold out.

The comedian’s performance comes just weeks after he was slapped at the Oscars by actor Will Smith.

Ticket prices have soared for all of Rock's shows since the March 27 awards ceremony in Los Angeles.

Andy Forrester, a long-time comedian from Raleigh, calls the slap “terrible” and says that although there doesn't really need to be change in stand-up comedy, both the comedian and the audience need to be more aware.

Rock will perform at the Durham Performing Arts Center on Saturday and Sunday night.

Demand for his shows was so high that another has been added in June.