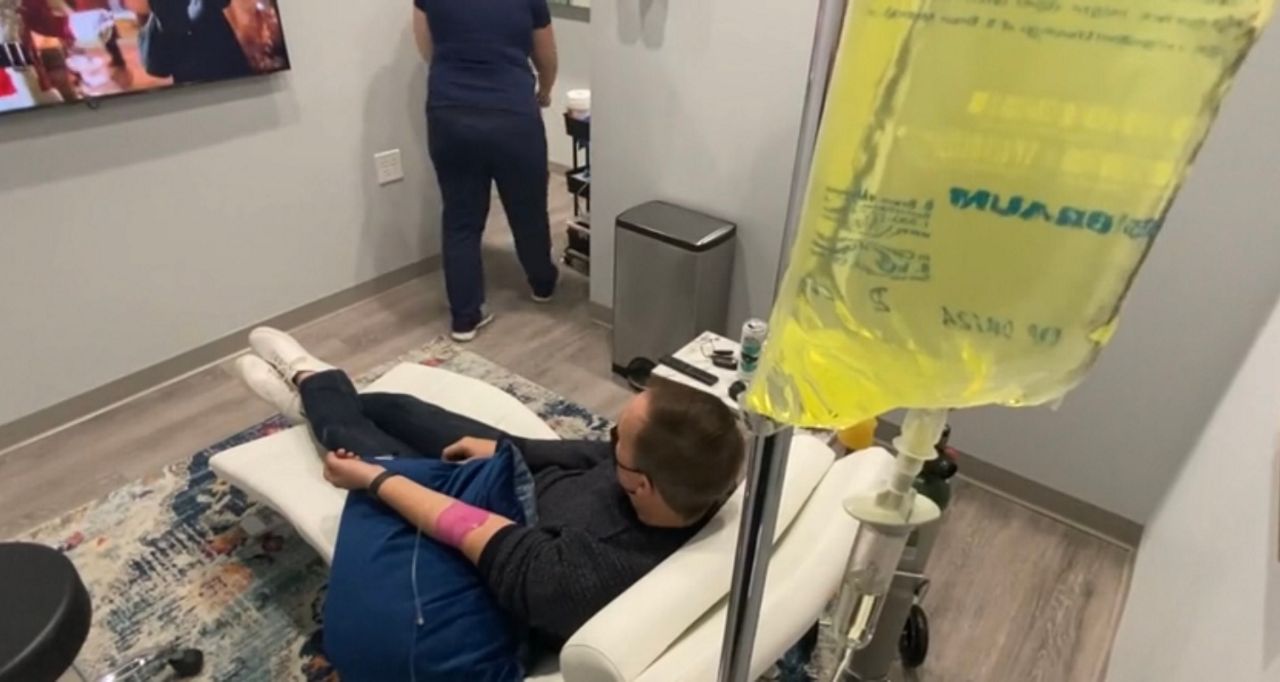 CARY, N.C. — If you’re looking for a boost following the holiday season, there’s a growing type of therapy in North Carolina that might interest you.

Justin Hammond, a Raleigh resident, just got his COVID-19 booster shot and isn’t taking any chances with feeling badly.

“Folks have been saying you feel bad after the shot," Hammond said. “I went ahead and scheduled this so it would help me today."

Hammond has his blood pressure taken before the treatment begins.

“We have different recipes for our drips and everything," said Sami Poyner, head nurse at Hydrate Medical in Cary.

“I knew IV hydration was a thing, but I always thought just for hangovers and things like that, but never as a wellness type thing," Poyner said.

Poyner was a full-time Duke ER nurse before moving to the IV therapy field two years ago. She started with Hydrate Medical in Raleigh.

“Just the holiday season in general, plus like I think post COVID and with COVID being a thing, people are discovering this form of care," Poyner said.

“You feel it coming into you and then it tastes like a vitamin that you chew, like a Flinstones vitamin is the taste in your mouth," Hammond said.

This is Hammond’s sixth time being treated at Hydrate Medical.

“After I’ve traveled, it's been helpful because you're on planes or in places that are a lot more dry. So, you come back here and get the IV drip," Hammond said.

Hammond says he can feel the effects of an IV drip just hours after the treatment.

“You feel obviously more hydrated, not as dry, more energy because of the vitamins they put in it," Hammond said.

And it's all done in a spa-like environment. Hammond gets to sit back and watch TV as his immune system gets a boost.

“It's relaxing, especially if you don't drink enough water, if you don't normally hydrate enough, which I think most people don't. It's a good alternative to come in and relax, get some vitamins and hydration," Hammond said.

Hydrate Medical offers a variety of IV drip treatments, including ones for hangovers or for athletes training for a big event.