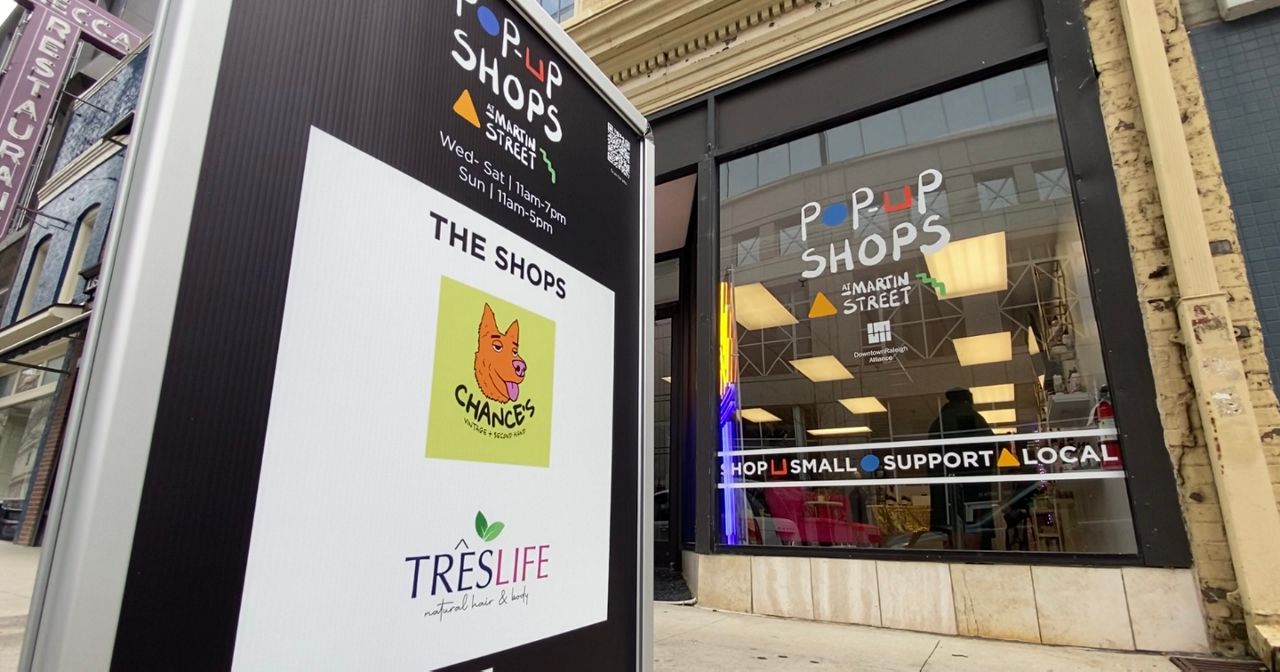 RALEIGH, N.C. — A new program in downtown Raleigh is focused on increasing the visibility of minority- and women-owned businesses.

Friday was the official grand opening for two business owners finally operating out of their own storefront.

The program is called Pop-Up Shops at Martin Street.

The goal is to provide affordable retail space in a busy location in downtown Raleigh for minority- and women-owned businesses and hope it leads to something long term.

“I've never had this much attention — it's a lot but it's been awaited. I've been waiting for this day for so long," LaTanya Lodge said.

Today is the official grand opening of her business TresLife, an all-natural hair and skin care company.

When she launched it in 2019, TresLife was solely an online operation. But not anymore.

“Having a pop-up store, it allows us to have more exposure, be able to get in touch with people better because obviously if you're home you can't have everyone coming to your house, but more people are coming by," Lodge said.

TresLife is one of two businesses that have been accepted for downtown Raleigh's Pop-Up Shops at Martin Street.

The program gives startups a chance to sample the brick and mortar style of business before making a big investment in a long-term lease.

Jacobs is the other tenant occupying the pop-up shop on Martin Street.

His company is a vintage clothing business called Chances.

Jacobs says he has a passion for thrifting and started Chances during the pandemic.

“Needed a job and in school for marketing, so wanted to get some practice marketing a brand, so I created my own brand," Jacobs said.

Before his application was approved for the pop-up program, his business also was all online.

"Minority-owned businesses, we sometimes lack the tools that other people have. During high school and things like that, I didn't have the best guidance counselors to talk about college and things like that, so only in the past couple years learning about business, how they operate," Jacobs said.

Both Jacobs and Lodge hope their new shops are a catalyst for something bigger.

“Hopefully we'll have our own location somewhere downtown — that's the plan," Lodge said.

“I'll always do vintage clothing. I'll always thrift. I love thrifting but hopefully designing some clothes, learning how to sew, kinda selling my own merchandise, my own clothing," Jacobs said.

As part of their acceptance to the pop-up shop program, Lodge and Jacobs had to commit to a six-month lease at the Martin Street location.

They will have the option to extend the lease for an additional six months.