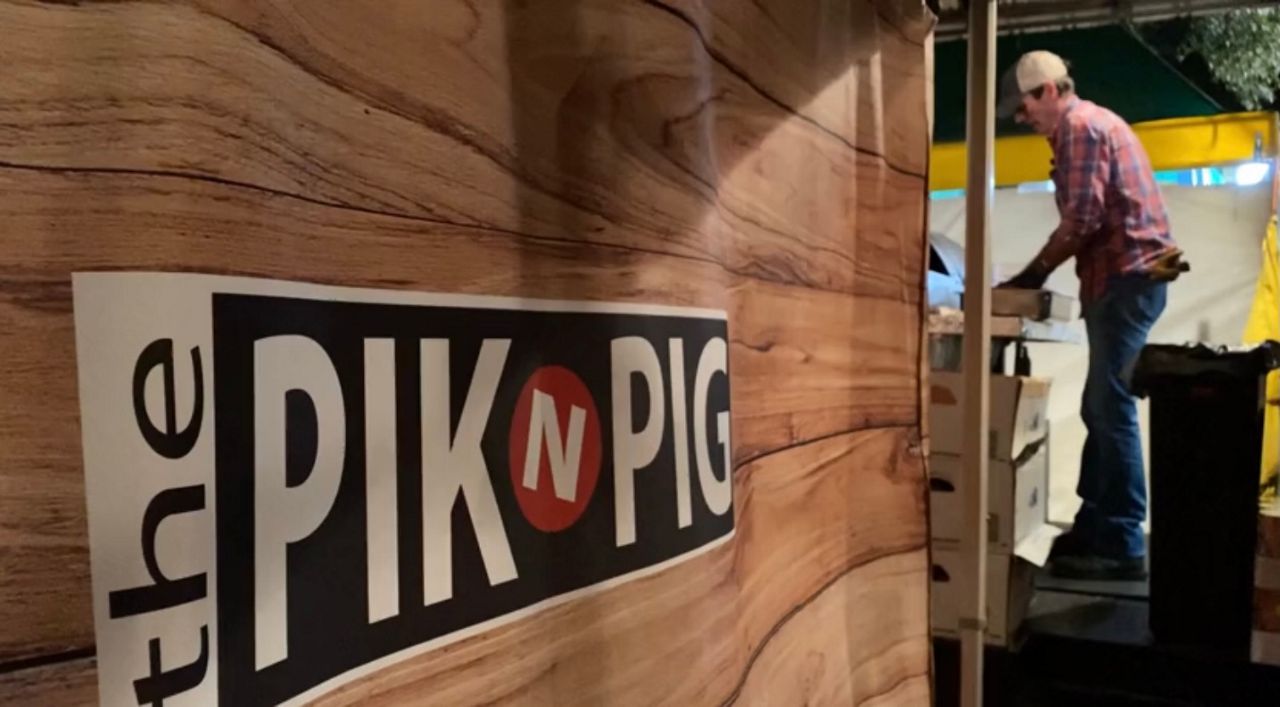 RALEIGH, N.C. — For most, the fair is an opportunity to escape and just enjoy. For others, it's a chance to rebuild.

In May, Pik N Pig, a BBQ restaurant in Carthage, was destroyed in a fire.

“It was 3 o'clock in the morning, and I got a call from my cousin," said Ashley Sheppard, owner of Pik N Pig. "Knew it wasn't good. There was some type of explosion, still don't know what."

Everything, including the trailer housing the Pik N Pig's pig cooker, was gone.

“We pretty much just stood there and watched it burn," Sheppard said.

But Sheppard’s brother found her a new, similar trailer with a new cooker. It was the start of rebuilding, but a small step.

Since May, Pik N Pig has been to just two events — the Pinehurst BBQ Festival and now the N.C. State Fair.

“This is something we could not miss. We need the money, the finance, to get the restaurant back open," Sheppard said.

For Sheppard, the fair is both an income opportunity and a chance to show his business is still alive.

“It's a good marketing tool. It's a good place for us to meet customers. It's absolutely invaluable. I cant say enough about how important it is for us,” she said.

The hope is to re-open by next spring. For now, Sheppard is staying in the moment and reflecting on what has been a difficult journey.

“This year it's been a long road to get this far, so I'm just glad I'm almost over to be honest,” Sheppard said.

Pik N Pig will open its new restaurant at its old location at the Gilliam-McConnell Airfield in Carthage.