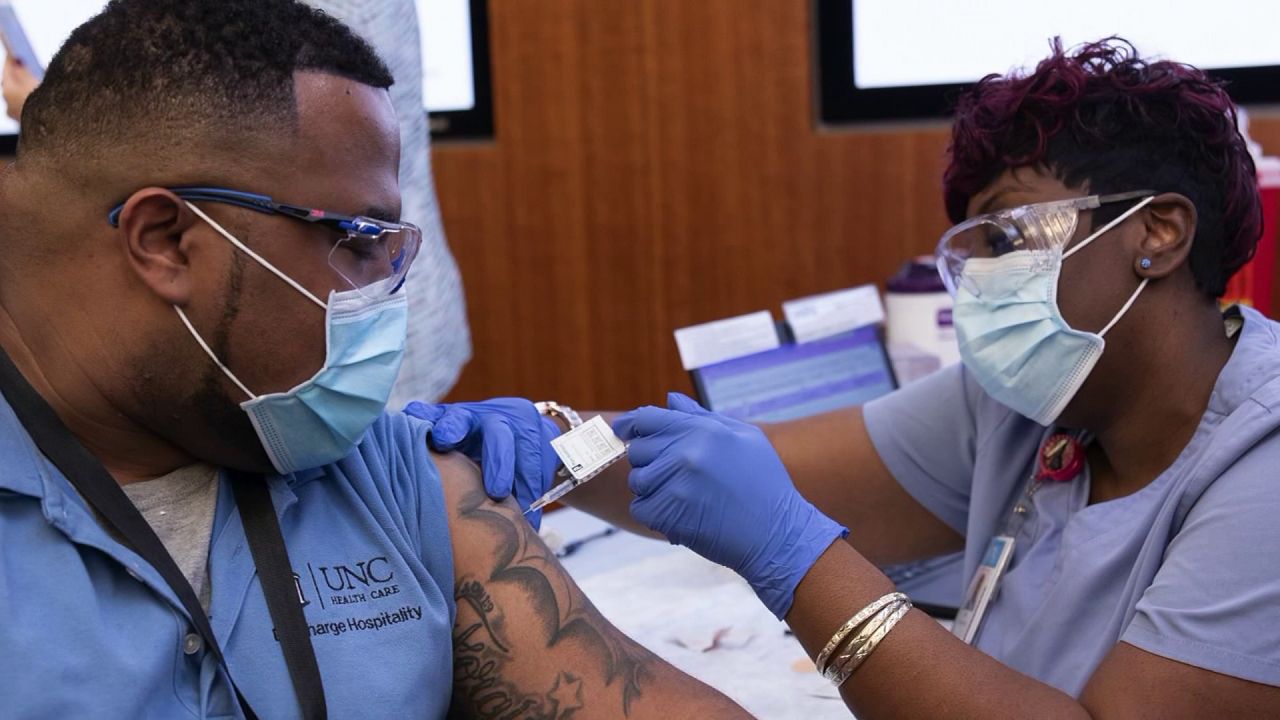 The Damage of Disinformation in the Black Community

RALEIGH, N.C. — Disinformation campaigns have been weaponized against some of the most vulnerable communities throughout the world. If you live in the state of North Carolina, you don't have to look far because some of its dark history happened in our backyard.

From Nazi Germany to the Soviet Union and even in modern-day America, propaganda has an affect. A Google search can take you to the past when selective breeding of certain people was a state commissioned entity in the Tar Heel State.

As a black pharmacist, Dr. Delon Canterbury sees it every day.

Flipping through periods in the Jim Crow South may explain the disconnect now.

Turning back the hands of time is how he explains why the past makes people not trust the present. He says he already knows what disinformation can do.

“Regarding COVID-19, most of the mistrust I hear comes from the history of a lot of the things we have had go on in North Carolina,” Canterbury says.

He’s talking about the North Carolina Eugenics Program as a reason the distrust in Black communities over the vaccinations against the coronavirus is so strong.

"We still have descendants of those people who are aware of those things. It hits very close to home to tell people who have been culturally disenfranchised to take a vaccine that we have made within a couple of months,” he says.

In the 1930s, an experiment was done on syphilis in hundreds of Black men in Alabama.

The CDC website lists the history of the Tuskegee Study and what happened.

Scientists didn’t treat their symptoms and none of participants were told of the study.

“The issue is if you don’t address these historical injustices that are still prevalent and still present in our existing system, it is going to be a hard sell to get someone to take a vaccine,” Canterbury says.

He says the eugenics program, which legally allowed for the sterilization of mainly poor Black women as a form of birth control, isn't helping social confidence.

Now he works hand in hand with faith leaders and other powerful figures in the Durham community to dispel myths about COVID-19.

Through Zoom calls and interviews he is better able to meet people during this pandemic.

"Being Black gives a sense of peace. Because they are able to understand where we were coming from,” Canterbury says.

Canterbury says the greatest changes will come from the most open acknowledgment of past harms done.