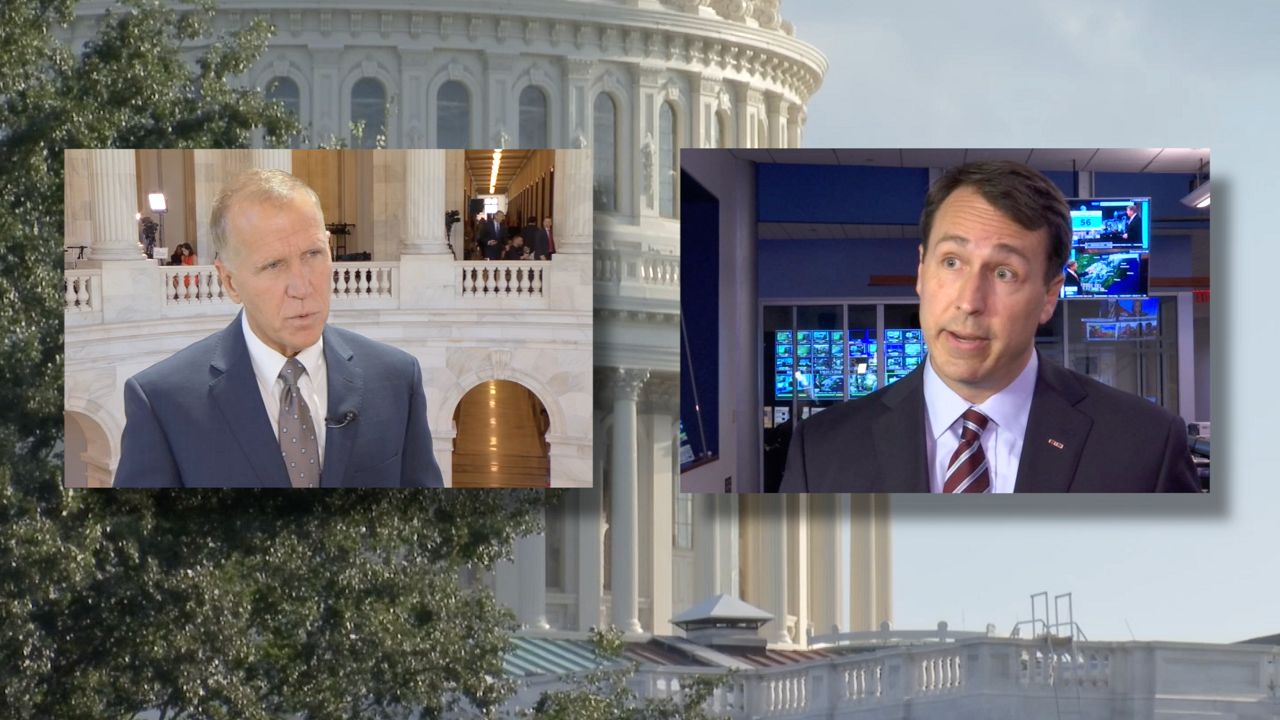 WASHINGTON, D.C. -- The coronavirus outbreak in the United States began to ramp up just as the general election in North Carolina’s U.S. Senate race was getting underway.

So far, Cunningham has participated in more than a dozen virtual town halls, according to his campaign.

“Even though it’s an extraordinary time, the work goes on,” Cunningham told participants in a recent event hosted by the Cumberland County Democrats.

The event took place on Zoom, the video chat platform. He touched on topics ranging from healthcare to Citizens United, while encouraging people on the call to get involved with the campaign.

In any other year, a Senate candidate might be hitting the road right about now, hosting in-person meet-and-greets across the state. A Cunningham spokesman said they just wrapped up some of those events and had more planned for the months ahead.

However, safety restrictions due to the coronavirus make in-person gatherings impossible.

“I think this will be the normal for the time being,” Cunningham said of his campaign's virtual approach.

Across the aisle, Tillis is hosting almost daily coronavirus telephone town halls through his official Senate office, taking constituent questions about the outbreak and the federal response.

On a call Friday, he fielded inquiries about whether there should be a national stay-at-home order, while also reminding people to practice social distancing.

In a statement, a spokesman for the Tillis campaign said they are supplementing the calls "through social media and digital initiatives that provide North Carolinians with updates on the virus.”

"Senator Tillis' priority right now is doing everything he can to protect the physical and economic health of North Carolina and the nation during this crisis, and our campaign is following his lead," the spokesman wrote.

The campaign, the spokesman said, is also doing voter outreach through virtual events, with the goal of boosting their organization heading into November.

So can this virtual strategy work during a crisis? Is it effective and can it have an impact?

David Karpf, who teaches strategic communications at The George Washington University, said given the extraordinary circumstances, it is hard to know.

“The activities that you can do right now, it’s not clear how relevant or meaningful or even appropriate they are,” Karpf said.

At the end of the day, it is currently early on the election calendar. In any other year, many people likely would not be paying attention to the U.S. Senate race right now.

“There are still things you can do in the spring for a general election - you can raise money, you can build a volunteer base, you can try out messages - but losing that lead time while everyone else loses that lead time, that is basically no lost value,” Karpf said.

When will candidates be able to pound the pavement and hit the trail again? And what will that even look like? Only time will tell.