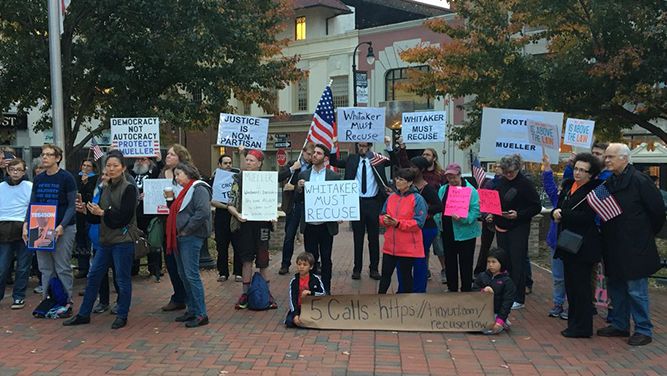 NORTH CAROLINA -- People in the nation are participating in the "Nobody Is Above the Law" Rally.

Protestors in the Triad, the Triangle and in Charlotte are protesting the president's decision to appoint Matthew Whitaker as acting Attorney General.

According to former Attorney General Jeff Sessions, President Trump requested him to resign. Wednesday, the president tweeted about his resignation.

We are pleased to announce that Matthew G. Whitaker, Chief of Staff to Attorney General Jeff Sessions at the Department of Justice, will become our new Acting Attorney General of the United States. He will serve our Country well....

Sessions decided to recuse himself from the Russia investigation. It is possible that Whitaker will not do the same and some protesters believe he could derail the special council's work.
Spectrum News Text and Email Alerts Sign-up