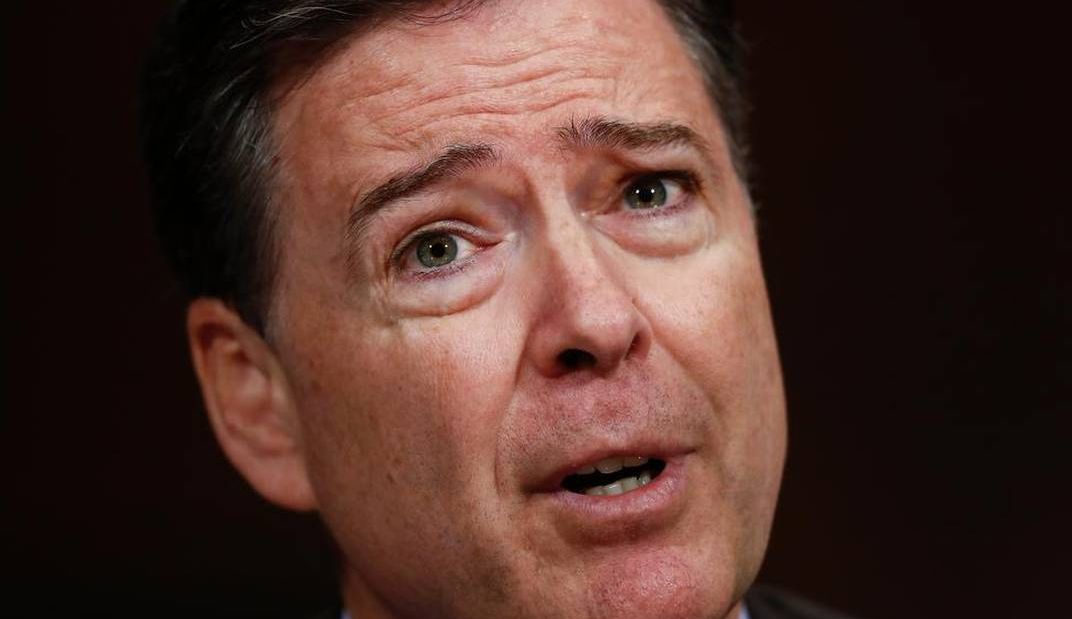 James Comey Testimony: Push Back Just Before, When, Where to Watch

Asked Tuesday about the testimony, President Donald Trump was tight-lipped: "I wish him luck," he told reporters.

Wednesday afternoon, a transcript of Comey's prepared testimony was released by the Senate Select Committee on Intelligence.

What should we expect from Comey's testimony?

Comey will recount a series of conversations with President Donald Trump that he says made him deeply uneasy and concerned about the blurring of boundaries between the White House and a law enforcement agency that prides itself on independence.

The testimony, Comey’s first public statements since his May 9 dismissal, is likely to bring hours of uncomfortable attention to an administration shadowed for months by an investigation into ties between the Trump campaign and Russia.

His account of demands for loyalty from the president, and of requests to end an investigation into an embattled adviser, are likely to sharpen allegations that Trump improperly sought to influence the FBI-led probe.

Comey’s detailed and vivid recollections of his one-on-one conversations with Trump were revealed in seven pages of prepared testimony released Wednesday, the day before his appearance before the Senate intelligence committee.

He’ll will testify under oath that Trump repeatedly pressed him for his “loyalty” and directly pushed him to “lift the cloud” of investigation by declaring publicly the president was not the target of the probe into his campaign’s Russia ties.

What time and how can I watch?

The hearing begins at 10 a.m. ET. Spectrum News will have coverage of the testimony throughout the day. ABC, CBS and C-SPAN3 will be live-broadcasting it.

I don’t have cable, can I watch online?

CSPAN will livestream the testimony at C-Span.org and PBS NewsHour.

Who is on the Senate Intelligence Committee?

Trump's White House and its allies are crafting a strategy aimed at undermining Comey's credibility. Both White House officials and an outside group that backs Trump plan to hammer Comey in the coming days for misstatements he made about Democrat Hillary Clinton's emails during his last appearance on Capitol Hill.

An ad created by the pro-Trump Great America Alliance — a nonprofit "issues" group that isn't required to disclose its donors — casts Comey as a "showboat" who was "consumed with election meddling" instead of focusing on combating terrorism. The 30-second spot is slated to run digitally on Wednesday and appear the next day on CNN and Fox News.

The Republican National Committee has been preparing talking points ahead of the hearing, which will be aired live on multiple TV outlets. An RNC research email Monday issued a challenge to the lawmakers who will question Comey. There's bipartisan agreement, the email says, that Comey "needs to answer a simple question about his conversations with President Trump: If you were so concerned, why didn't you act on it or notify Congress?"

Comey's testimony marks his first public comments since he was abruptly ousted by Trump on May 9. Since then, Trump and Comey allies have traded competing narratives about their interactions. The president asserted that Comey told him three times that he was not personally under investigation, while the former director's associates allege Trump asked Comey if he could back off an investigation into Michael Flynn, who was fired as national security adviser because he misled the White House about his ties to Russia.

Democrats have accused Trump of firing Comey to upend the FBI's Russia probe, which focused in large part on whether campaign aides coordinated with Moscow to hack Democratic groups during the election. Days after Comey's firing, the Justice Department appointed a special counsel, former FBI Director Robert Mueller, to oversee the federal investigation.

The new revelation about Comey's uneasiness with Trump brings to mind a posting last month by Comey friend Benjamin Wittes on his Lawfare blog, in which he said Comey "saw it as an ongoing task on his part to protect the rest of the Bureau from improper contacts and interferences from a group of people he did not regard as honorable."

Despite the mounting legal questions now shadowing the White House, Trump has needled Comey publicly. In a tweet days after the firing, he appeared to warn Comey that he might have recordings of their private discussions, something the White House has neither confirmed nor denied.

White House officials appear eager to keep the president away from television and Twitter Thursday, though those efforts rarely succeed. White House spokesman Sean Spicer said the president plans to attend an infrastructure summit in the morning, then address the Faith and Freedom Coalition's "Road to Majority" conference at 12:30 p.m.

"The president's got a full day on Thursday," Spicer said.

The White House had hoped to set up a "war room" stocked with Trump allies and top-flight lawyers to combat questions about the FBI and congressional investigations into possible ties between the campaign and Russia. However, that effort has largely stalled, both because of a lack of decision-making in the West Wing and concerns among some potential recruits about joining a White House under the cloud of investigation.

"If there isn't a strategy, a coherent, effective one, this is really going to put us all behind the eight ball. We need to start fighting back. And so far, I don't see a lot of fight," said Barry Bennett, a former Trump campaign aide.

Still, Trump supporters say they are willing to step in to help the White House deflect any accusations from Comey.

"If we feel he crosses a line, we'll fire back," said Ed Rollins, chief strategist of Great America PAC, the political arm of the group airing the Comey ad.