I always find it useful to look back at what lessons can be learned after a major storm system moves through. So, I thought I would do that here for Isaias.

First of all, as has seemed to be a theme thus far this season, the tropical wave that became Isaias struggled to significantly develop as it crossed the Atlantic until it got in the western part of the Basin.

Once the system did develop, it strengthened in the Bahamas, only to significantly weaken off the southeast coast of Florida. At this juncture, the structure of Isaias got extremely ragged with the low level center getting completely exposed.

This was due to a combination of about 25 knots of westerly shear as well as the entrainment of dry air.

However, the system began to make a comeback on Sunday, and through the day and into Monday morning, deep convection developed near the previously-exposed low level center.

As Isaias paralleled the Florida east coast, traversing the warm Gulf Stream waters, the westerly shear relaxed a good bit, and the system was able to sustain that deep convection.

Through the day on Monday, the radar and satellite presentation indicated that the system was making a final run at intensification. Finally, by Monday evening, the winds and central pressure began to respond, and reconnaissance aircraft found that the system, as expected, had again attained hurricane intensity soon before landfall.

Isaias then became another example of something I have found to be true of landfalling tropical systems: A hurricane that is strengthening at landfall is more destructive than a weakening hurricane of the same intensity.

The primary reason for that is that a strengthening system typically has very intense and volatile convection, which readily and easily will create and mix down the stronger winds that are often a little above the ground in a hurricane.

Some people along the upper South Carolina and lower North Carolina coast were surprised by the intensity of Isaias. When a system is strengthening, you can almost mentally add a category to the Saffir-Simpson rating in terms of its impacts.

So this one packed a punch...more-so than you might think for a lower-end Category 1 storm.

Some very significant storm surge and coastal flooding occurred, and another factor that worsened those impacts is the fact that we were near a full moon. The tide cycle is more significant near a full moon, and the timing of the greatest surge along the upper SC coast was coincident with the evening high tide.

One other takeaway for me from this system is the amount and intensity of its tornado production. It's extremely common for landfalling tropical systems to spawn typically weak, brief tornadoes near and to the east of the track. The most likely locations for this are in the spiral bands that surround the system.

Isaias produced a high number of tornadoes, and it would appear, at least one or two stronger tornadoes. The images from Bertie County, NC are heartbreaking....the result of a 1 a.m. hour tornado on the northeast flank of Isaias.

So why were Isaias's tornadoes more significant than some other tropical systems? There are likely multiple reasons, but I think this is a big one. 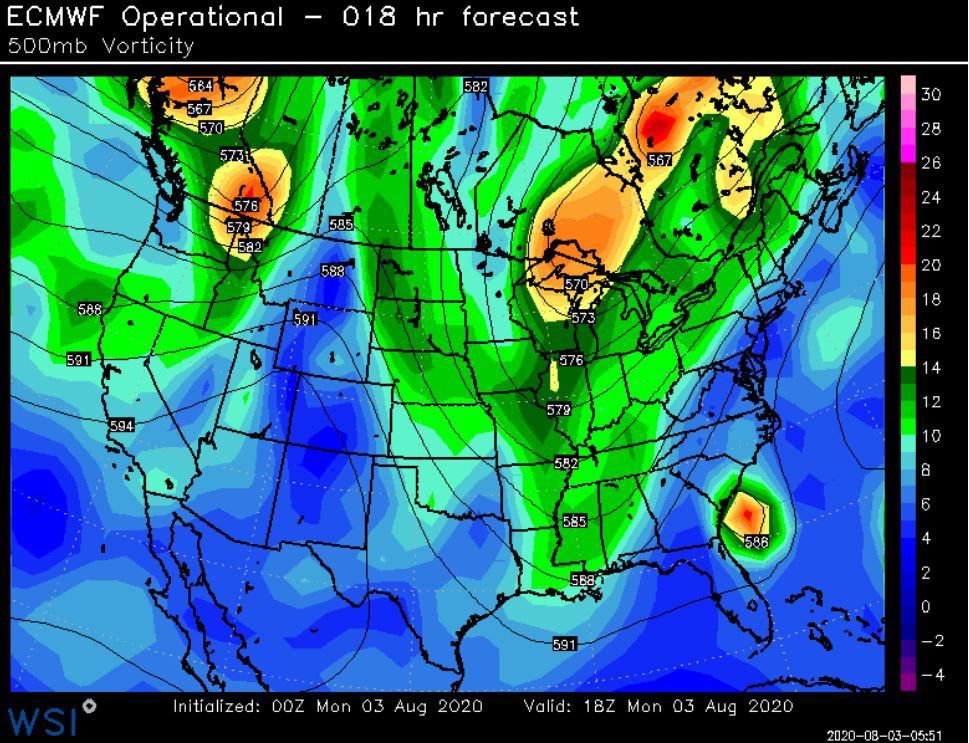 A stronger-than-usual trough, by early August standards, was swinging into the eastern U.S. As this trough collected Isaias and turned it north and then northeast, it added some upper level dynamics to the overall environment over the eastern US.

You had added turning of the winds with height (helicity) in addition to the already-favorable tornadic environment on the east side of a tropical system.

There was also what is called a jet streak (an area of stronger upper level winds embedded within the jet stream) in a favorable position to enhance uplift with Isaias. 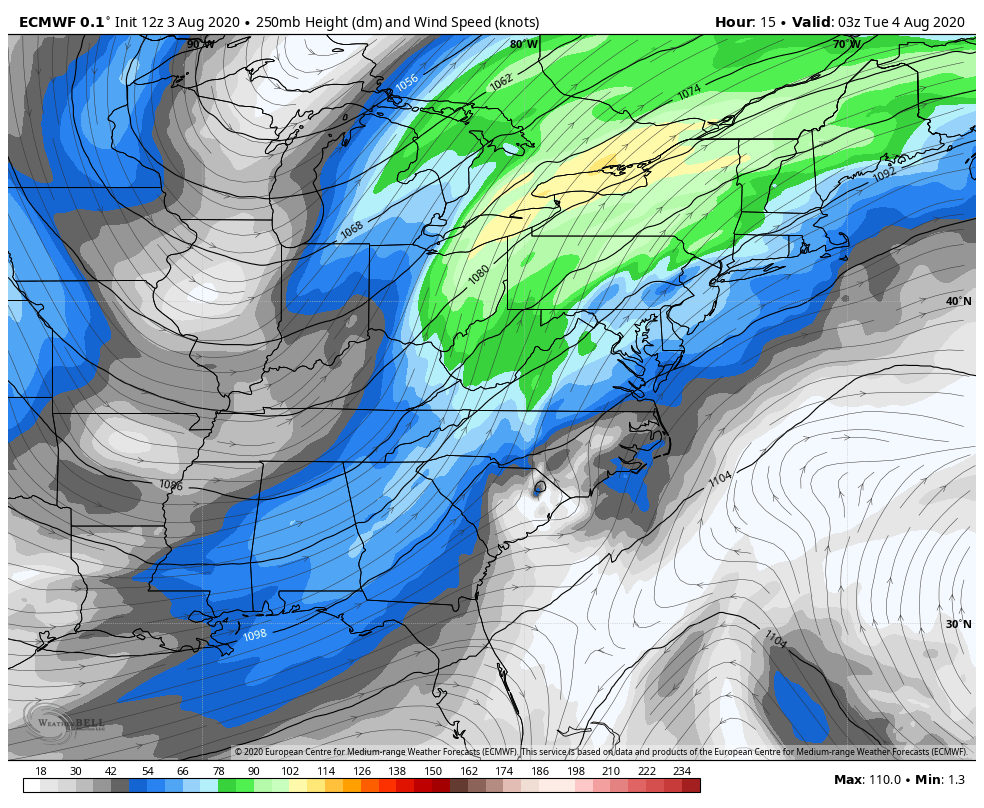 Isaias remained a very effective tornado-producer all of the way up into the northeastern U.S., and the system maintained strong tropical storm intensity well into the northeast as well. This was largely due to those favorable jet stream dynamics.