NEWSLETTERSign Up For Our Daily Newsletter - Your North Carolina
WATCH NOWExploring Your Health with Erin Billups
NEW PODCAST EPISODEBiden's Bouncer: The N.C. Native Whose Job is Blocking Trump's Attacks
COMMUNITY CALENDARAdd An Event to Our Calendar
GET OUR NEW APPOur new Spectrum News app is the most convenient way to get the stories that matter to you. Download it here.

Lightning Fatalities Are At An All-Time Low, But Not Due To COVID

As of today, the United States is on pace to record the fewest lightning-related deaths ever in a single year. Why is that?

While we still have a few months left to go in 2020, the peak "lightning season" across the U.S. is from June through August. Now that the worst is behind us, researchers believe this year will make history: the fewest deaths due to lightning strikes.

As of publishing, there have been a total of 15 fatalities this year across eleven states. 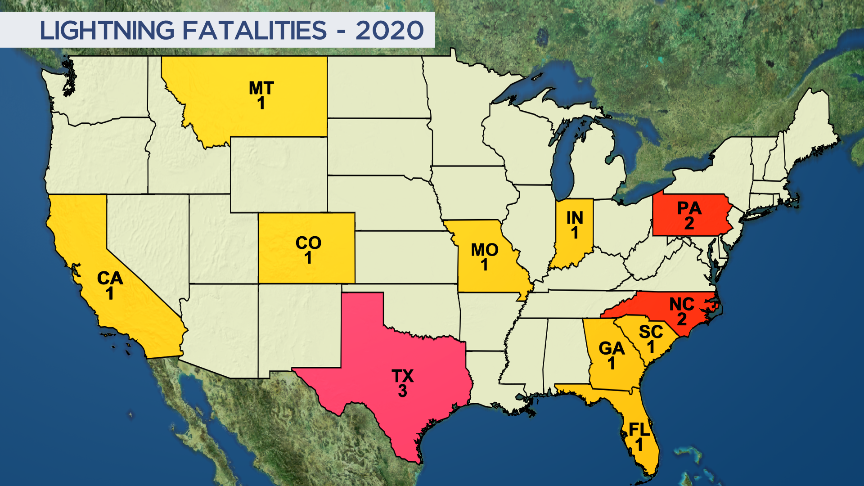 In a typical year, 26 people are killed due to lightning according to the National Lightning Safety Council. 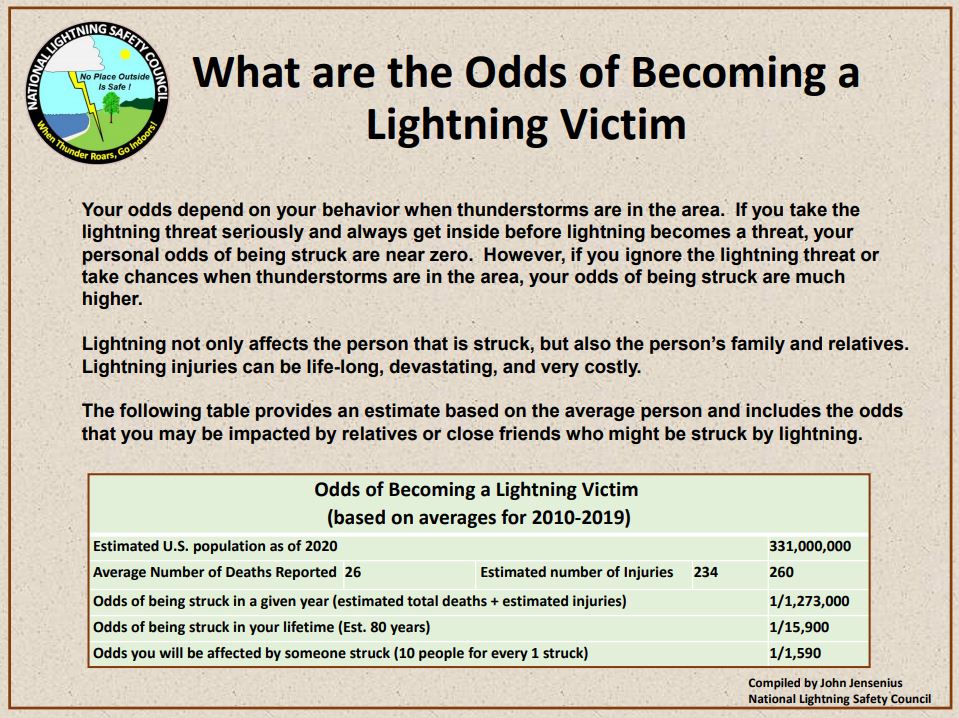 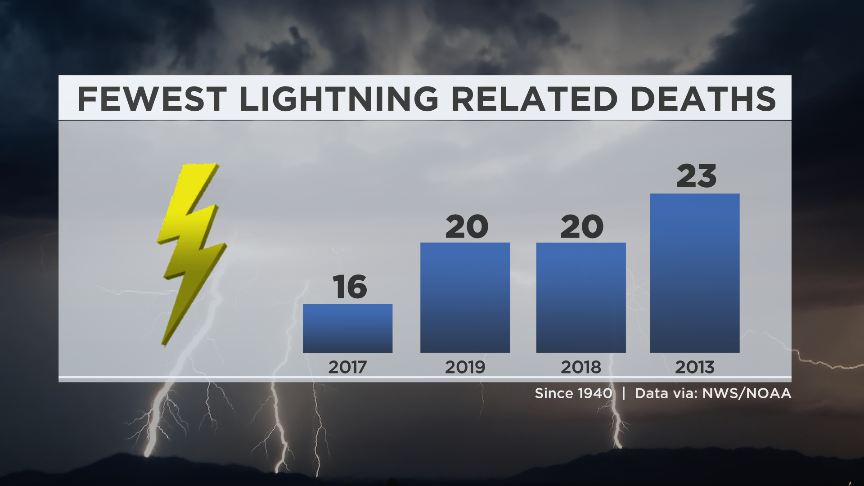 For a full list of lightning-related fatalities, see this table.

While many may be quick to say the COVID-19 pandemic has kept people inside, thus reducing the lightning deaths, that's not the case.

In fact, there has been a surge of people getting outside and spending more time outdoors.

Typically, activities like fishing, camping, and hanging at the beach are what lead to lightning-related injuries and deaths. However, as more people find themselves away from the office, they have more time to spend doing outdoor activities.

So Why the Decrease?

The reason for less lightning strikes and deaths this year may actually be due to the weather itself.

Researchers say there has been far less instability in the atmosphere during the traditional peak lightning season. In order to produce strong thunderstorms that generate intense lightning events, you typically need three elements: moisture, lift, and instability.

It's that last ingredient which has been lacking.

The National Lightning Detection Network (NLDC) says there were far less lightning events across the Central Plains this year.
Here is their comparison of this year versus a five year average. 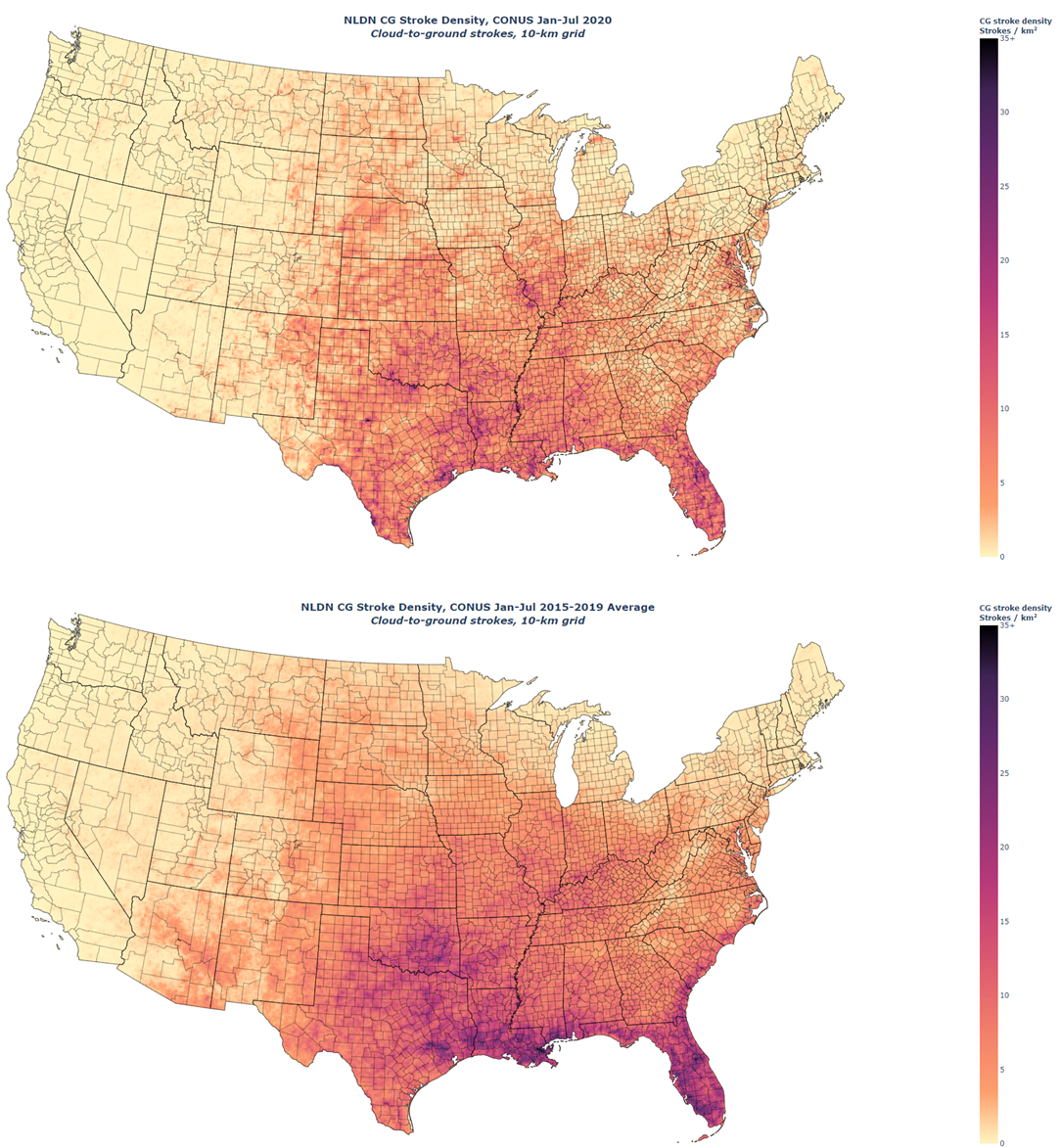 Notice there are a lot less shades of red across much of the Central and Southern Plains.

In short, large areas of high pressure stalled out over the Plains this summer. This reduced instability and helped to cut down on significant lightning-producing severe weather events.

Of course, it's still possible southern parts of our country end up with a few highly-charged thunderstorms, resulting in a sudden uptick in lightning-related deaths. We hope that's not the case.