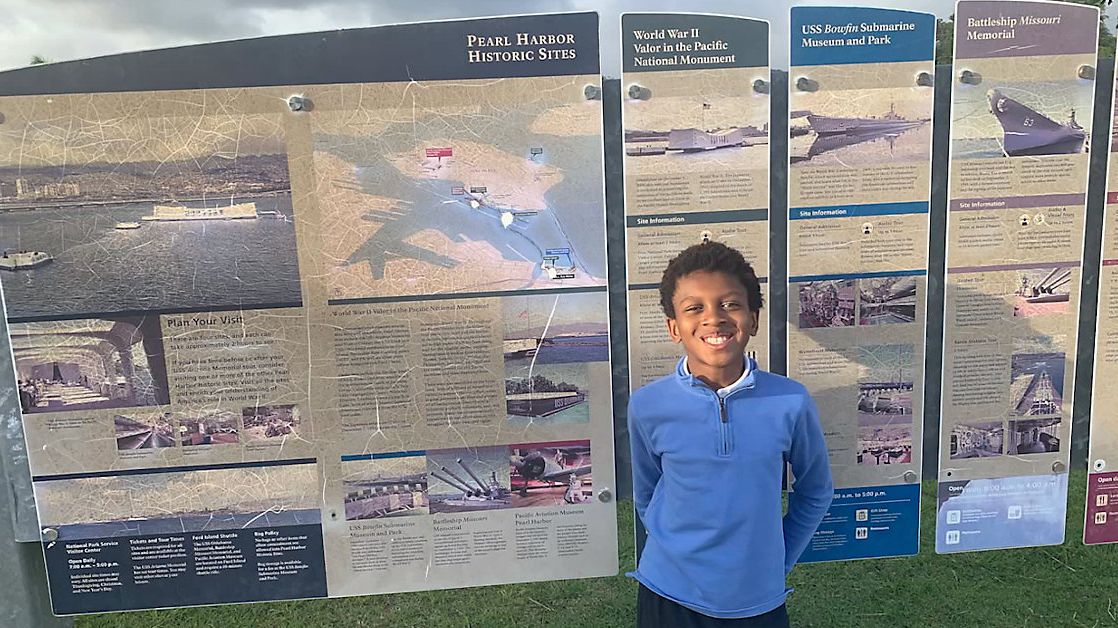 Harrison Johnson, a Raleigh fourth-grader, hopes to inspire other kids to learn about the heroes of the Pearl Harbor attack. (Photo courtesy of Harrison Johnson)

RALEIGH, N.C. — It all started last year in Harrison Johnson’s third-grade class after he was assigned a project on Pearl Harbor. To say the 9-year-old was fascinated by the 1941 event would be an understatement.

Johnson even convinced his family to take a trip to the Pearl Harbor National Memorial in Hawaii. It was an experience that piqued his interest even more, especially when he purchased several souvenirs at the gift shop.

“[I got] books, other newspapers, pins, and a documentary about the Pearl Harbor Memorial," he said.

While most kids watch television or play video games after school, Johnson has his own homework. He has raised close to $20,000 for his foundation, called Harrison’s Heroes.

All funds go to a nonprofit that supports the Pearl Harbor National Memorial.

Johnson wants kids everywhere to be inspired by history and learn about its heroes. And what better example of heroism and sacrifice, he said, than Pearl Harbor?

“Always remember the men and women that died in the Pearl Harbor attack," he said.

All proceeds go to the nonprofit Pacific Historic Parks, which provides education, interpretive programs and research for the Pearl Harbor National Memorial.