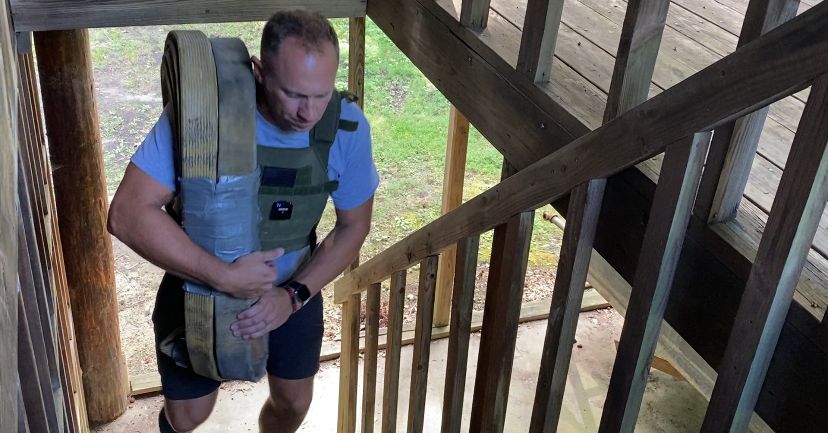 GUILFORD COUNTY, N.C. — Sunday marks 21 years since the 9/11 terrorist attacks claimed the lives of nearly 3,000 people. Cities across North Carolina will honor them by climbing the equivalent of 73 flights, the same that FDNY firefighters did to reach the top of the World Trade Center.

More than 7,000 first responders have been treated for physical and mental illnesses caused by the attacks

Many cities in N.C. will remember the day by climbing the equivalent of 73 flights of stairs, the same it took to reach the top of the World Trade Center

Lt. Holt Alcon remembers Sept. 11, 2001, hour by hour. He was a few weeks into his studies at Guilford Technical Community College, and working as a volunteer firefighter in McLeansville. He was on his way to class when his mother gave him a call, urging him to turn on the news. 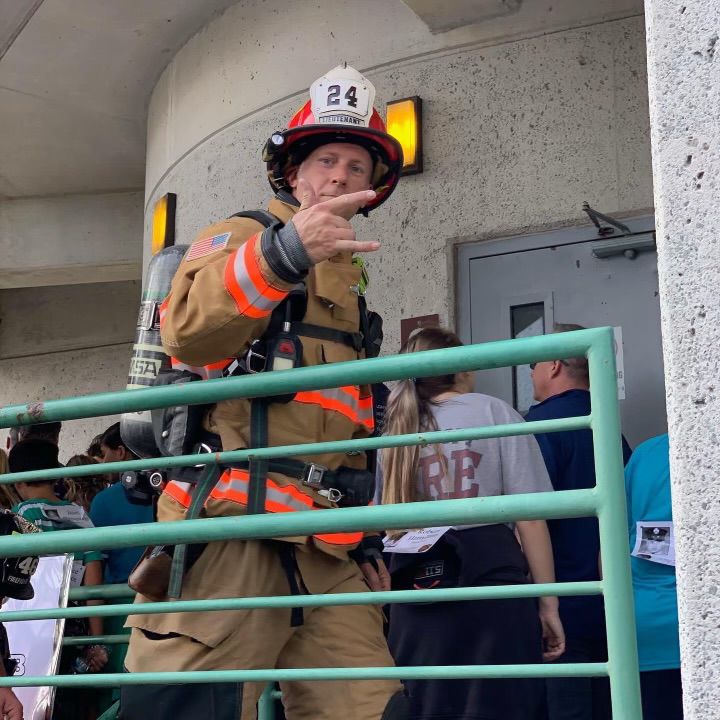 Photo from one of Alcon's previous memorial climbs. (Photo from Lt. Holt Alcon)

Alcon, like much of the country, watched as the second plane struck the south tower of the World Trade Center in New York City. He was in disbelief. In the days, months and years after, Alcon noticed the change in security measures in everyday life, especially in the fire station.

“This was totally out of your hand. It just makes it very surreal of something can happen to you that you may not make it home, and that’s gotta be a price you’re willing to pay,” he said.

Now, as a lieutenant at Pinecroft Sedgefield Fire Department with nearly 20 years under his belt, Alcon works alongside many firefighters who were too young to remember or weren’t alive to experience the aftermath of the attacks. Alcon believes many have forgotten the unity felt across the nation following 9/11.

“It’s been over 20 years now, there’s a lot of people who have forgotten. I hope we don’t lose the connection, the emotion, and how the country is so divided now, and what it took to bring everybody together and to work as a unit,” he said.

Alcon says low staffing and challenges in recruitment reflect this as well. The fire service, EMS and law enforcement saw huge waves of hiring in the years following the 9/11 terrorist attacks, but more than two years into the pandemic, these departments still struggle to attract and maintain new workers.

In the attacks, 2,996 people died, including 343 firefighters. According to the Never Forget Project, more than 7,000 first responders have been treated for physical and mental illness caused from the attacks. To honor those who died and still suffer, Alcon participates in a memorial stair climb annually.

This year, he’ll participate in one organized by Greensboro Fire Department. Alcon and other participants will run the Bellmeade Parking Deck stairs nine times, which equals the 73 flights of stairs New York firefighters took to reach the top of the World Trade Center.

“They gave the ultimate sacrifice and to honor them you keep thinking as you’re going through about what was going through their minds and what happened afterwards and the devastation. Mind over matter, you just keep plugging along,” he said.

Alcon will wear a 26-pound airpack, full gear and hose, like he is responding to a fire. While he says the climb is tiring, he believes every step helps keep the memory of those lost in the attacks alive.