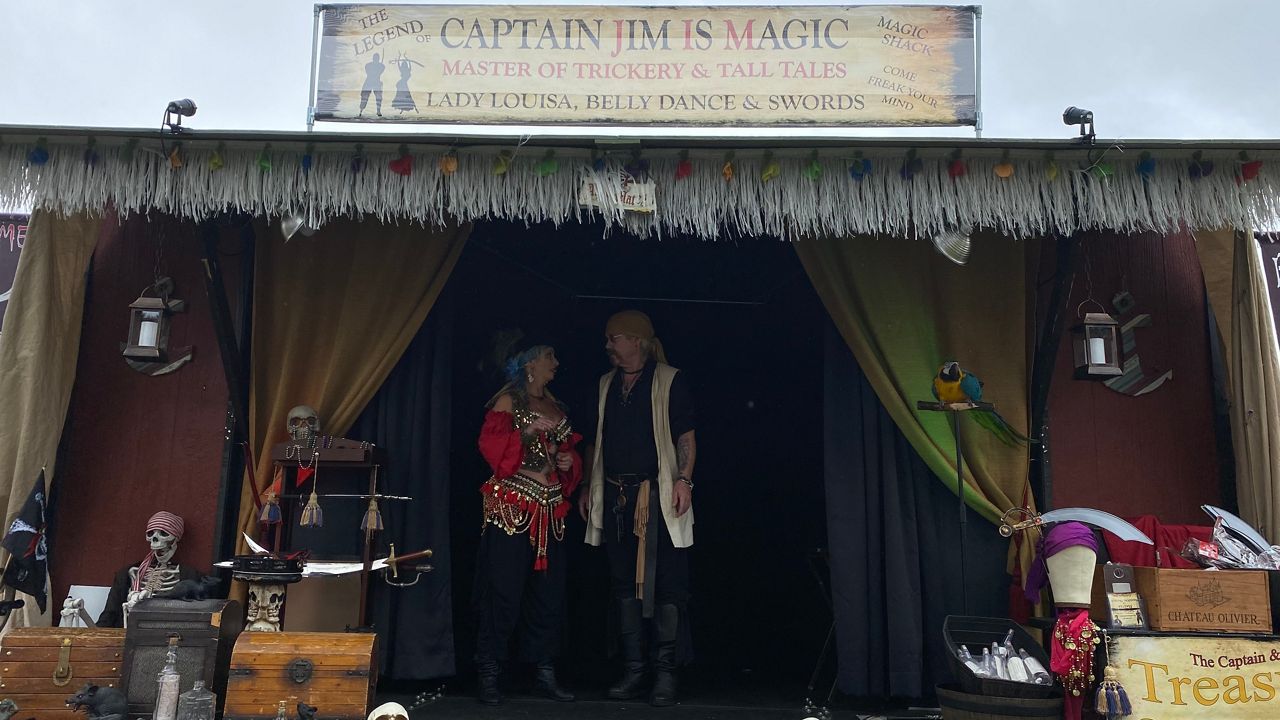 Following tragedy, a Triad man is using magic to inspire

“I was an entertaining child, did magic and puppets at a very young age,” Light said.

Most importantly though, he’s got a peg leg – seriously, a peg leg.

“I was about 35 years old, headed home one night on my motorcycle. A car did not see me and hit my side, causing some bone damage in my lower right leg,” Light said. “I did have to have an amputation. It shut down my contracting business. I had to reinvent myself.”

Left with one leg, he had to get creative. After some thought, ‘Captain Jim’ was born.

“After the amputation of my leg from the motorcycle accident, I think it was natural to think of a pirate with a wooden peg-leg,” Light said. “Because of my background of magic as a child and my parents being very motivational, always having motivational words of wisdom in the house, it just all came from deep down inside.”

Light didn’t mind the contracting work, but it felt empty. Although he says he never would want an accident to happen to anyone, being able to turn it into something artistic was moving.

“I think it was a miracle actually,” he said.

Light’s show is about more than just magic. It’s meant to serve as an inspiration.

One of his tricks, the "rope of life," is used to symbolize how you can always tie your life back together when it’s been broken. He brings a guest up to the stage and somehow repairs a string after cutting it in two.

“I was just doing it for my friends and they were tearing up,” Light said. “And then you give it [to a] child or teenager or adult on stage, the knot, sometimes you just tie a knot and remove it, it’s ‘not’ impossible to get through challenges.”

A little flair and fire, like one of his tricks that involves lighting a pot on fire and pulling a rabbit out of it, might add a few dollars at the end of the day, but money isn’t really what’s important to Light.

“We all need to make money and pay the bills, but what we really appreciate is the great feedback, how it touches their lives. The show is exciting, they laugh,” he said. “But the message touched their heart, it helps them get through their own challenges in life. That is really why we do what we do.”