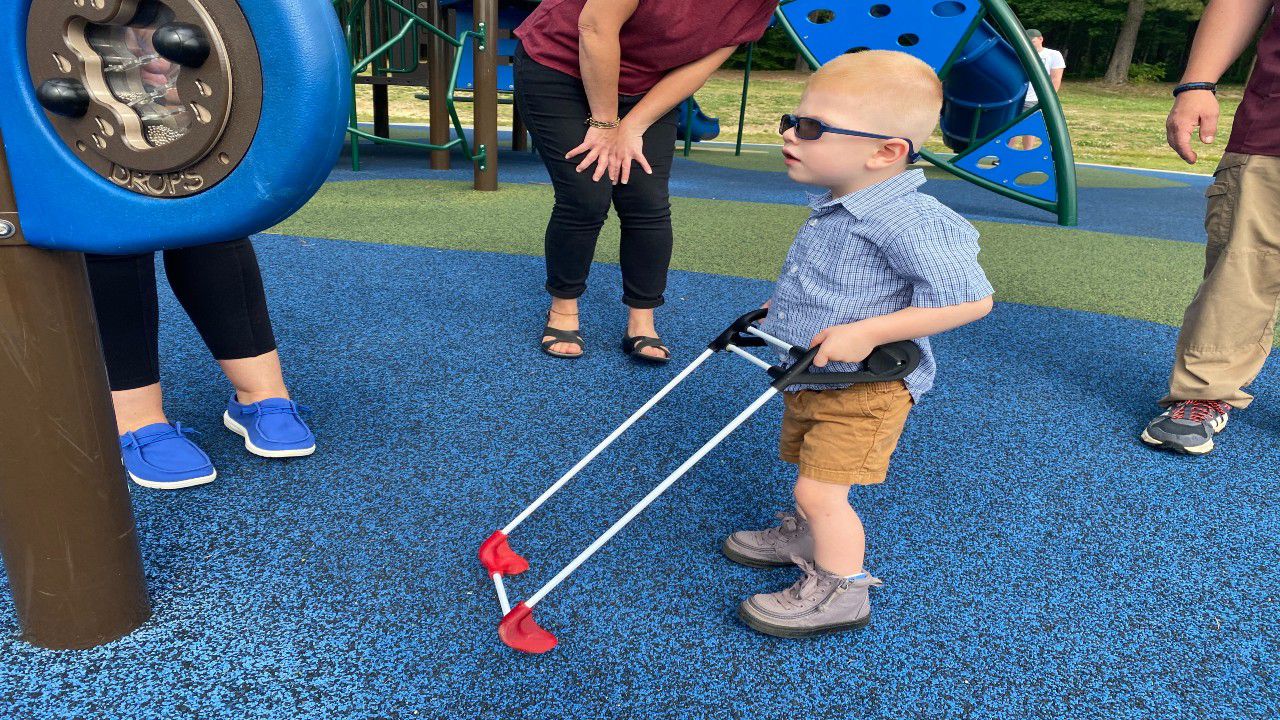 RANDELMAN, N.C. — A North Carolina family is blazing a new trail for visually impaired children in the state.

Caeden Allison suffered traumatic brain injuries when he was just six weeks old, and doctors said he wouldn’t be able to walk, talk, or eat. But he’s defying the odds and doing all three.

His adopted mom, June Allison, a mother of five other girls, said Caeden Allison is the little boy they never knew they needed.

“He is the happiest baby ever,” she said. “We have had lots of kids in and out of our home, but he is always happy. He is smiley and happy, and he strives to hit the next goal.”

Caeden Allison has seven different types of therapy each week — from physical, to feeding, to speech therapy.

“The changes in him are not just because he sits around and does nothing,” June Allison said. “He works every day, every week for the improvements that we see in him and to prove those doctors wrong."

One of the latest tools he received to help his ongoing therapy is called a belt cane. His mom and vision specialist secured the funding and delivery of the tool through the North Carolina Department of Public Instruction.

It came from a national non-profit called Safe Toddles, and Caeden Allison was the first kid in North Carolina to get the tool.

“We continue to need support in changing how people view the needs of blind toddlers,” said Dr. Grace Ambrose-Zaken, President & CEO of Safe Toddles. “We need to change the idea that they benefit from direct bodily collisions and instead understand that, like all people, these unavoidable collisions cause them harm.”

The department ordered three other belt canes with Caeden Allison’s that have gone to kids across the state. Since then, the department has ordered four more.