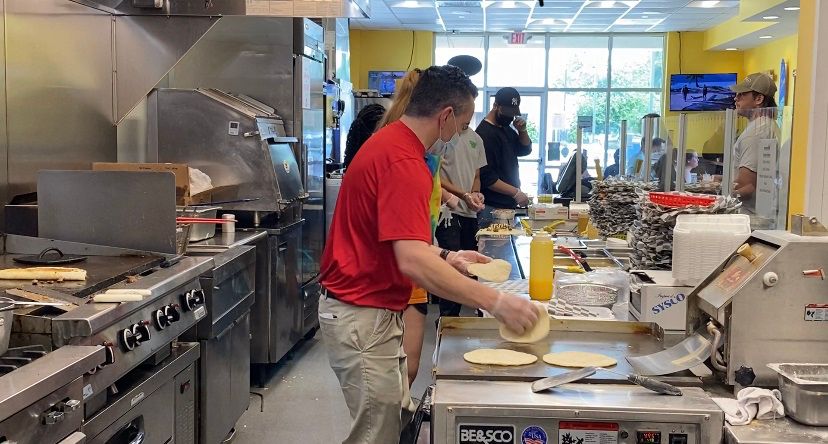 HIGH POINT, N.C. — Restaurants are turning toward a new federal grant program to get much-needed relief in the pandemic.

At the beginning of May, applications opened for the Restaurant Revitalization Fund, a $28.6 billion grant program backed by Congress. Restaurants, bars and other qualifying businesses could apply to receive funding to cover pandemic-related losses up to $10 million per business, or $5 million per physical location. The businesses won’t have to pay back the funds, if used by March 2023.

The U.S. Small Business Administration saw an overwhelming response, receiving more than $65 billion dollars in requests in less than three weeks of opening the application. Jeff Lord, the owner of High Point’s Wicked Taco, was one of them.

“As the pandemic hit, we incurred quite a bit of extra debt just trying to survive during that period,” he said.

Lord opened Wicked Taco in 2018, but when the pandemic hit, he was forced to lay off most of his staff. Lord didn’t take home any income for nearly a year to keep his business afloat.

“It won’t quite bring us even to where we would’ve been if the pandemic had not hit, but it gets us a little closer to that point to where we’re going to actually come out of this a little sooner,” Lord said.

Now that business is picking up again, Lord still needs additional funding to keep his doors open. He applied to the Restaurant Revitalization Fund with the help of Algenon Cash, the director of the Triad Food and Beverage Coalition.

“We did reach out and connect with the congressional lawmakers that we have here in North Carolina. We did help lobby those lawmakers to co-sponsor the bill, and we also reached out to a lot of our contacts just to let them know how critically important the resources would be to save restaurants,” Cash said.

With a large number of requests, Lord hopes his business will receive the grant. The SBA announced in late May that it would close applications. The portal remains open, but only for businesses with up to $50,000 in losses. There’s no word on if congress will approve additional funding for the program.