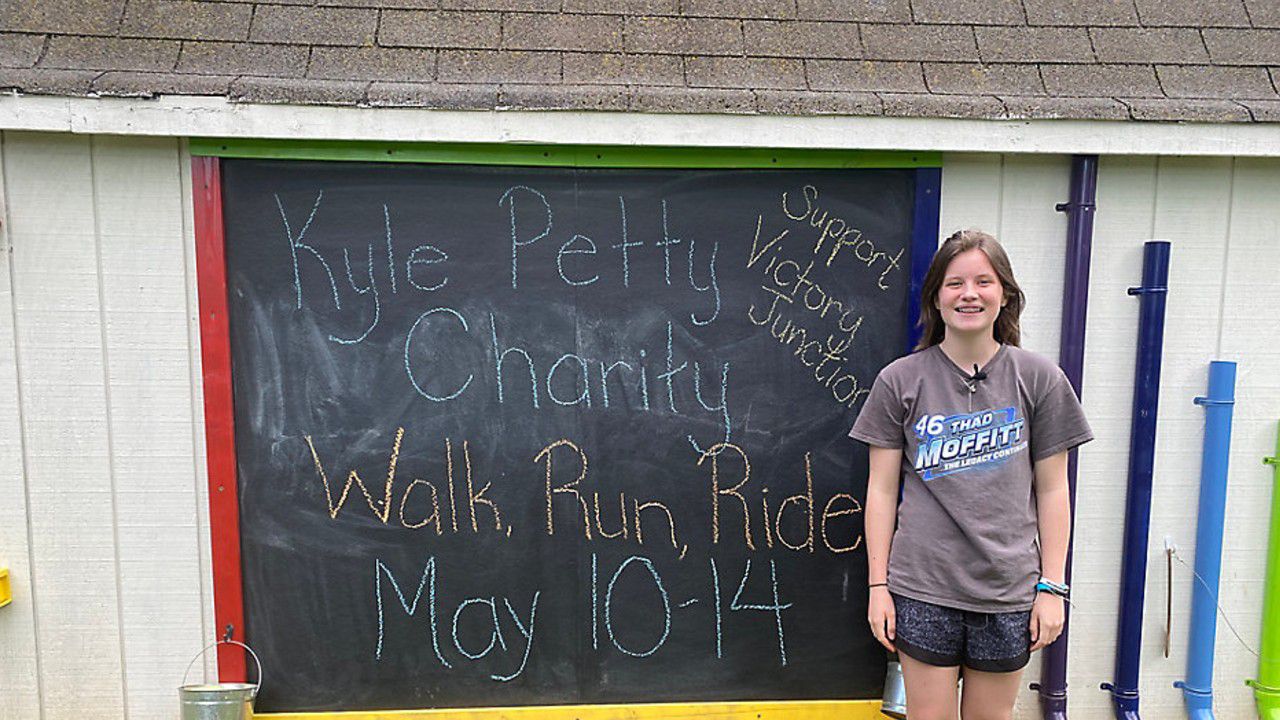 RANDLEMAN, N.C.— Families across North Carolina and beyond are raising funds for Victory Junction this week, a camp that is specifically for kids with serious illnesses. The Petty family opened the camp in 2004, lead by former NASCAR driver Kyle Petty. He lost his son Adam in a racing accident in 2000 and opened the camp in his honor.

Petty has hosted a motorcycle ride, called the Kyle Petty Charity Ride Across America, for the past 25 years. All proceeds have gone directly to Victory Junction.

Leaders of the ride changed the format this year because of the pandemic.

Instead of riding motorcycles across the country, they’re asking families to walk 4,500 steps or ride 45 miles.

The Allison family is one of those families.

Fourteen-year-old Kaylin Allison is a Victory Junction camper. She went for the first time when she was seven and went the following five summers.

“I always call it my second home,” said Allison. “Because I love going there, I cried last year when I couldn’t get to go.”

She was diagnosed with Chronic Fatigue Syndrome when she was only four years old.

At twelve, she found out she also has POTS, which affects her circulation.

“Sometimes it gets me down but then I just get back up,” said Allison.

Her family started a team in order to raise money during the week of the Kyle Petty virtual charity ride.

“It’s pretty amazing, as a parent just to know that there is somewhere your kid can go and they feel 100 percent comfortable,” said June Allison, Kaylin’s mom. “They feel like they’re going to be taken care of no matter what their medical concerns are.”