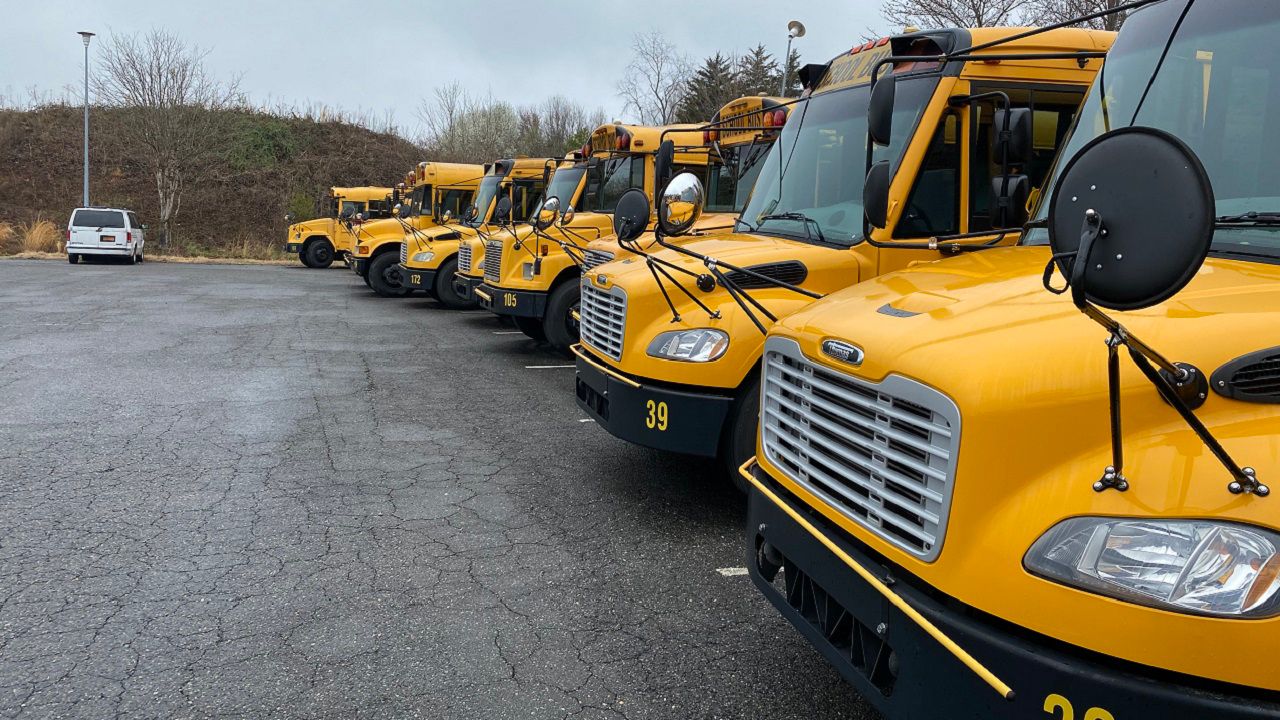 School District to Use New Technology for Bus Safety

MOUNT AIRY, N.C. — Mount Airy City Schools has installed new technology on all of its buses.

Kids will have to hold their hands up to the temperature scanner as they board. They will also each have an ID card to ensure they are on the correct bus.

"It's been eye-opening. We all just love it, because it just helps you so much more with the kids a whole lot better. You know exactly who's on, who's off," says Amy Utt, a bus driver for the district for 15 years.

The iPads located on each bus will give drivers directions for each individual route.

"You don't have to second guess yourself like you used to," Utt says.

Parents will also be able to follow along with their student through an app, Ride 360.

Latasha Hudson is the district's Smart Bus Specialist and also a parent of students. She plans to use the app to ensure her kids' safety.

"I know when my child has gotten on the bus, and when they're home. It's all about student safety. I don't have to worry," Hudson says.

Hudson is in charge of inputting all student, driver, and parent data. This software will be crucial in knowing who is on what bus and at what time. This is part of the contact tracing plan.

"If we have a positive student case on the bus or a driver with a positive case, it can help us to prevent the spread of the virus with students and families at home," she says.

For longtime drivers like Utt, it is all about keeping the community safe during unprecedented times.

"These kids have been basically my kids for the last 15 years. I've done the same route, I've gotten to know the families, and I think a lot of these kids. It's important for not only their health, but my health too," Utt added.

The new technology is part of a three-year pilot program within Mount Airy City Schools. The N.C. General Assembly awarded the district with a $115,000 grant for the program.