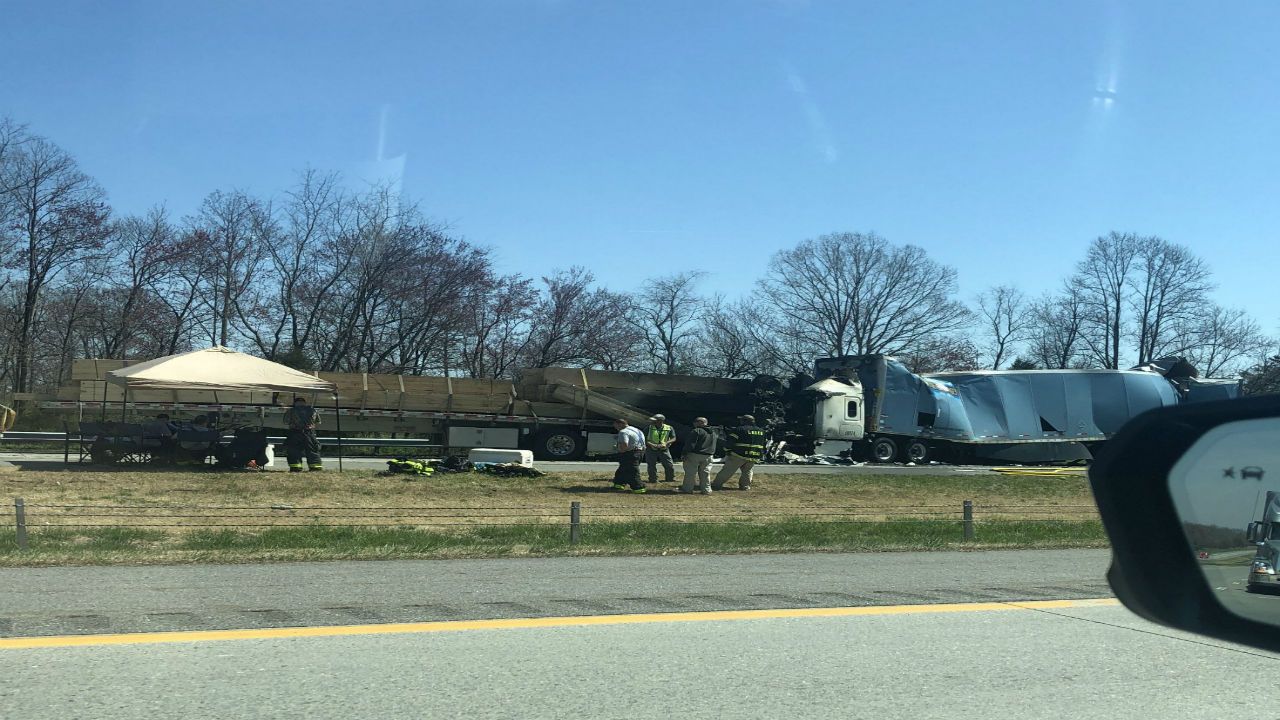 2 Dead, 2 Injured After Tractor-Trailer Pile Up Closes I-77

YADKIN COUNTY, N.C. -- A crash involving four vehicles: three tractor-trailers and one other vehicle closed Interstate 77, near 421, for hours.

North Carolina Highway Patrol says the two people in the passenger vehicle both died. Two of the truck drivers were taken by ambulance to Baptist Hospital. They're both expected to be OK.

As of 10:10pm... the Highway Patrol says I77 is still closed. They hope to have one lane open by midnight. Hazmat teams have to clean up the fuel and oil spills, and they have to dig up the dirt now that the debris is clear. Avoid the area for a while! @SpecNewsTriad pic.twitter.com/hdGTp6ZStT

Troopers say it happened when traffic on the interstate slowed down to almost a stop, but one tractor-trailer driver didn't slow down and that caused a chain reaction.

“Highway Patrol’s reconstruction unit was flown in. They are assisting us with the investigation. We’ve had several fire departments responding, so it’s been a multi-jurisdictional process,” Highway Patrol spokesperson Sgt. P.M. Dixson said.

Troopers say one tractor-trailer was filled with wood and another had sports equipment. The wood poured out and hit an oil tank, causing spillage that had to get cleaned up.

Witness Lee Rintaniemi pulled up moments after the crash.

"Nobody was there. There was no first responders or firemen or anything of that sort, so I pulled off the road, got on the median and ran across 77," Rintaniemi said.

He took video, but not before pulling a man out of one of the trucks.

"There was really nothing left of that truck. It was just, the windshield was gone, dash was gone, everything. The man was sitting there in the seat with a huge gash in his head. I said, 'Hey man, are you all right?' he said, 'I've got a big hole in my head,'" Rintaniemi said.

The man was stuck. Rintaniemi says they were pushing to get the door open, then one of the trucks burst into flames.

"So, I grabbed the fire extinguisher and I run over there, but by the time I had got to the fire, there was nothing you can do, you know," Rintaniemi said.

He says a nurse driving by stopped and helped the man with his head, then first responders arrived.