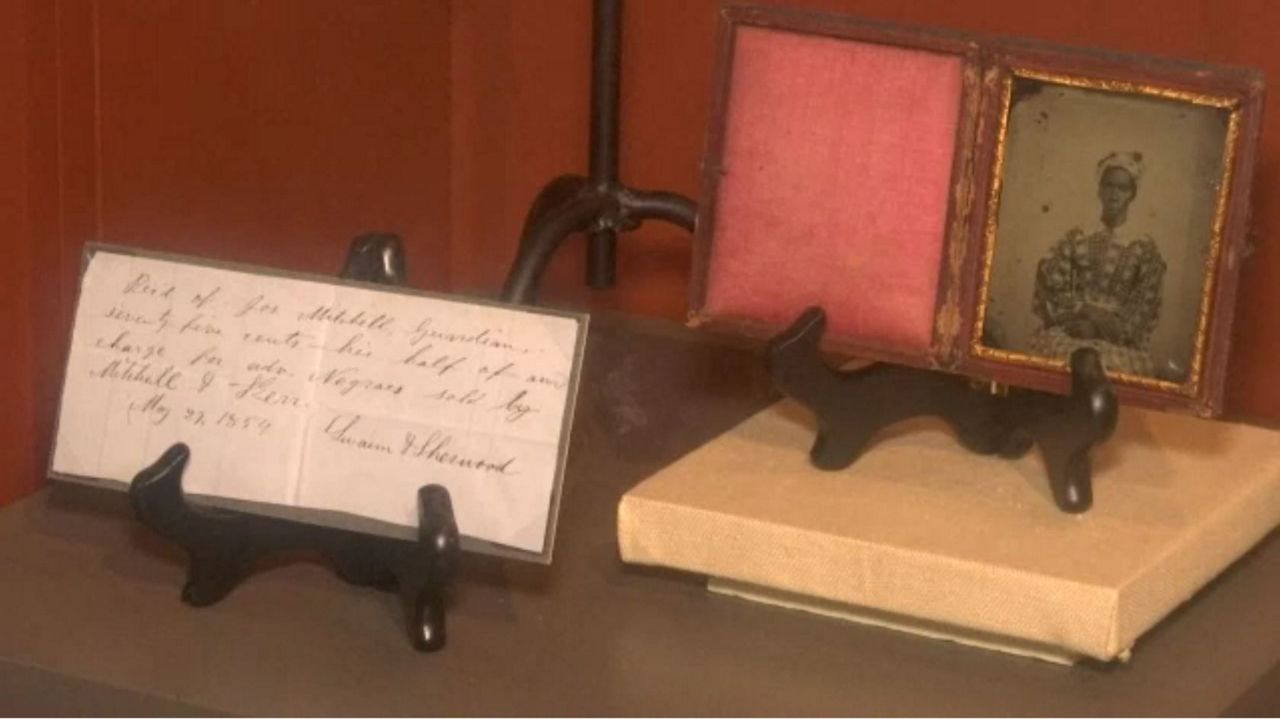 It's an effort to preserve records and help people research their past. Richard Cox, a digital technology consultant, says he's gotten calls from all over the country about the project to index the names of enslaved people in the state.

“We’re hearing from a number of different areas. There's a lot of interest in it. We've been working with genealogists, historians, archivists, community members,” Cox said.

The Greensboro Historical Museum's exhibits include sales receipts for slaves and deeds listing ownership. Those records exist at Register of Deeds Offices around the state.

"Basically, trying to pull all that information together centrally to create a place where someone could go in and search in one place and get information about slaves from all these counties,” Cox said.

It's something that Rockingham County has just completed. Register of deeds Benjamin Curtis says it launched this week.

"This is basically just to make it easier for people to find out where they came from," Curtis said.

He says it took an employee several years to go through record books to compile accounts of a darker part of our history. He says the records will still take some detective work, he read one as an example.

"An Elizabeth Davidson, through a will in 1789, left her daughter, Lucy, a slave named Dorcas," he read.

UNCG's project will cover about half the state's counties.

"We're hoping it's going to include data about the people, a complete transcription of the original document, as well as a nice archival image of each deed that people can refer to the original document and compare it," Cox said. "It's about people and families, people who are trying to claim their heritage, discover who their families are," Cox said.

It should take several years to complete.