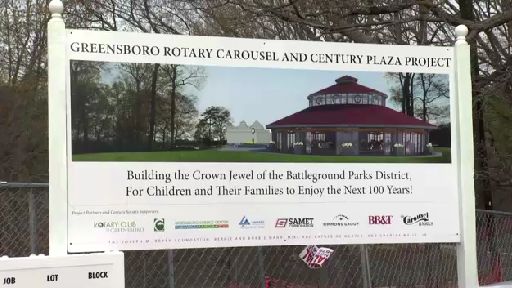 GREENSBORO, N.C. -- The Greensboro Carousel Project is turning its way toward the grand opening.

Crews broke ground about a year ago, as a celebration of the Greensboro Rotary Club's 100th anniversary.

The carousel will be positioned between Country Park, Guilford Courthouse National Military Park, and the Greensboro Science Center.

When the carousel's complete, the Greensboro Rotary Club will give it to the science center to manage on their own.

Ray Covington, a member of the Greensboro Rotary Club, said, "Carousels bring happy people to happy places, and so we want to provide a space that people will want to come and bring their families for generations."

The carousel is expected to be open by September 30.