GAS PRICESFind lowest gas prices in N.C. mountains
NEW PODCAST EPISODETerrifying tales of election directors
COMMUNITY CALENDARAdd An Event to Our Calendar
GET OUR APPOur Spectrum News app is the most convenient way to get the stories that matter to you. Download it here. 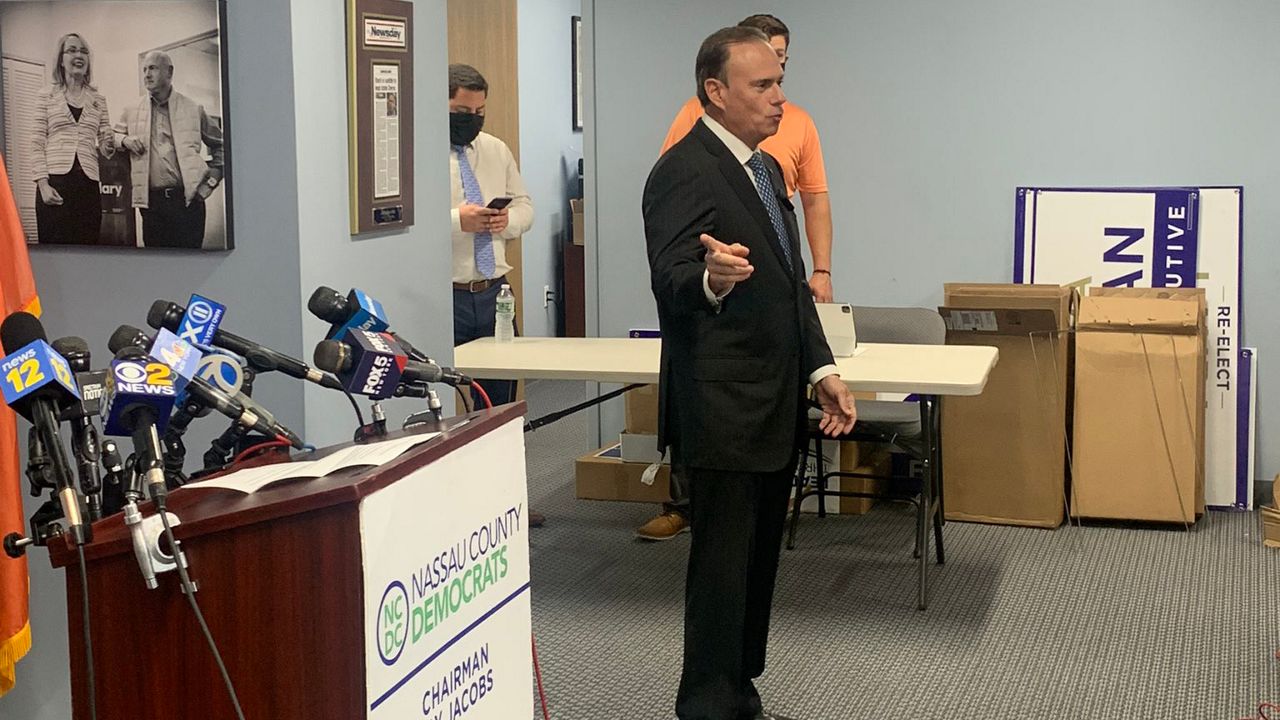 Gov. Kathy Hochul secured a key endorsement in her bid for a full term next year.

New York State Democratic Party Chairman Jay Jacobs made his endorsement official, saying Gov. Hochul has proven herself to be a leader in a tumultuous time and has earned his support.

“Kathy Hochul has earned the support that she is getting from me, at least today,” Jacobs said. “And I believe every county chair ought to think the same.”

Jacobs’ endorsement, though, comes at a significant moment.

New York City public advocate and former lieutenant governor candidate Jumaane Williams has launched an exploratory committee, and has all but announced he will be running for governor next year.

Attorney General Letitia James has also been openly weighing her own run, and seems close to making a decision soon.

This is exactly why, Jacobs says, he is coming out now with this endorsement, saying that this also allows him to start actively campaigning for the governor.

“I have been urging those interested in looking into running for governor to hold their powder or to wait and allow Governor Hochul to get the job done and make her mark,” Jacobs explained. “Unfortunately, over the past few days, it seems that a number of candidates are becoming more anxious, and the window is closing for some to make a decision.”

Jacobs took a page out of state Republican Party Chairman Nick Langworthy’s book and warned Democrats that a primary race would be long and expensive.

Langworthy also made this pitch to Republican gubernatorial candidates, saying that the road to a statewide office for a Republican will be an uphill battle as it is.

Jacobs on Monday called it “foolish” to believe that a Republican winning the seat for governor is out of the realm of possibilities.

"I believe that a party torn apart by multiple candidates, in multiple primaries, for multiple offices, will exhaust precious resources, divide us and make us weaker in a year we need to be at our strongest,” Jacobs said.

To the other potential gubernatorial hopefuls in the race, this endorsement by Jacobs came too soon.

Public advocate Williams criticized Jacobs, saying endorsing Hochul is another example of the establishment protecting itself.

“We have the Democratic Party chair of New York state endorsing someone before many of us have been able to make our case,” Williams said. “And in a primary where he's actually supposed to be impartial.”

Jacobs also revealed that he made a call to former Gov. Andrew Cuomo shortly before his endorsement of Hochul.

“He did not try to dissuade me,” Jacobs said. “He did not say anything specific that would have led me to change my mind. It was a courtesy call. I think he appreciated the call.”

Jacobs did not specify completely why then he did not call other former governors such as Gov. Elliott Spitzer, Gov. David Patterson and Gov. George Pataki, but said that since Hochul was Cuomo’s lieutenant governor, he thought it was appropriate.