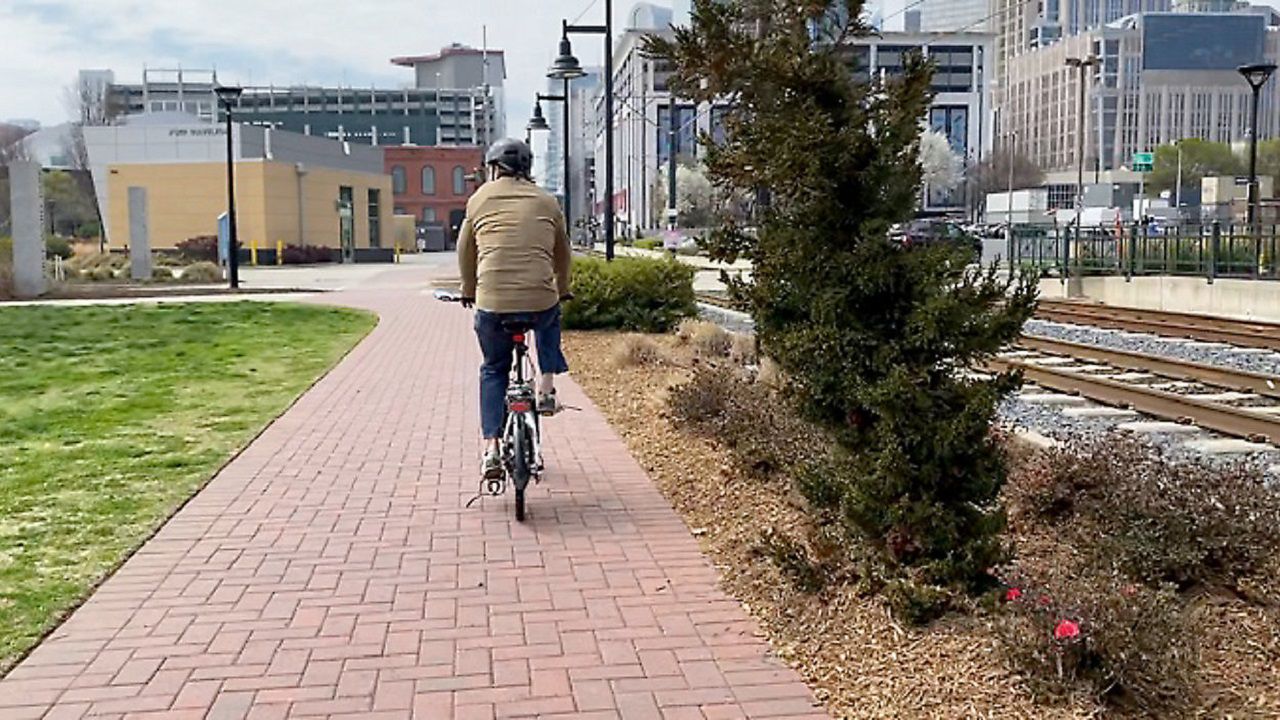 CHARLOTTE, N.C. — Roadside assistance company AAA reports the average gas price across the country is above $4.

With no relief in sight, some commuters are biking to work to keep a little more cash in their pockets.

Terry Lansdell is one of those commuters. He’s also the executive director of a nonprofit dedicated to bike advocacy, Bike Walk NC.

“For most people, the large percentage of their trips are within three miles,” said Lansdell.

He said because of that, biking is one way people can get around. Landsell said the last time gas prices spiked, bike ridership went up.

“Back in 2008, during the slowdown, we saw bike ridership really spike and transit ridership spike,” Landsell said.

Before gas prices shot up, he advocated to make Charlotte more bike-friendly.

Landsell moved to the area in 1990 and at the time, he said there wasn’t even a mile of bike path in the city.

He’s worked to change that after too many close encounters with motorists.

“So I sought to find someone to help me understand why these things were happening,” he said. "I ended up being dissatisfied, started a group — our first advocacy group called BIKES."

Now, he said there are hundreds of miles of bike paths.

"What we are understanding for gas prices and using gas in general is it’s now the largest source of pollution for Mecklenburg County, so when we reduce our mobility emissions, we are helping everybody,” he said.

If you’re looking to take up biking as a way to commute, the director of engagement at Sustain Charlotte, Meg Fencil, has a few tips.

First, she said you can use Google Maps to find bike routes.

“Take a look at the map, become familiar with the roads and go out on a Saturday or Sunday morning when there is less car traffic and see how comfortable that feels for you to ride your bike,” she said.

If you don’t have access to a bike, you can rent one through a Charlotte Joy Ride Station.