GAS PRICESFind lowest gas prices in N.C. mountains
NEW PODCAST EPISODESomething was in the water at Camp Lejeune. Hear from one of the victims
COMMUNITY CALENDARAdd An Event to Our Calendar
GET OUR APPOur Spectrum News app is the most convenient way to get the stories that matter to you. Download it here. 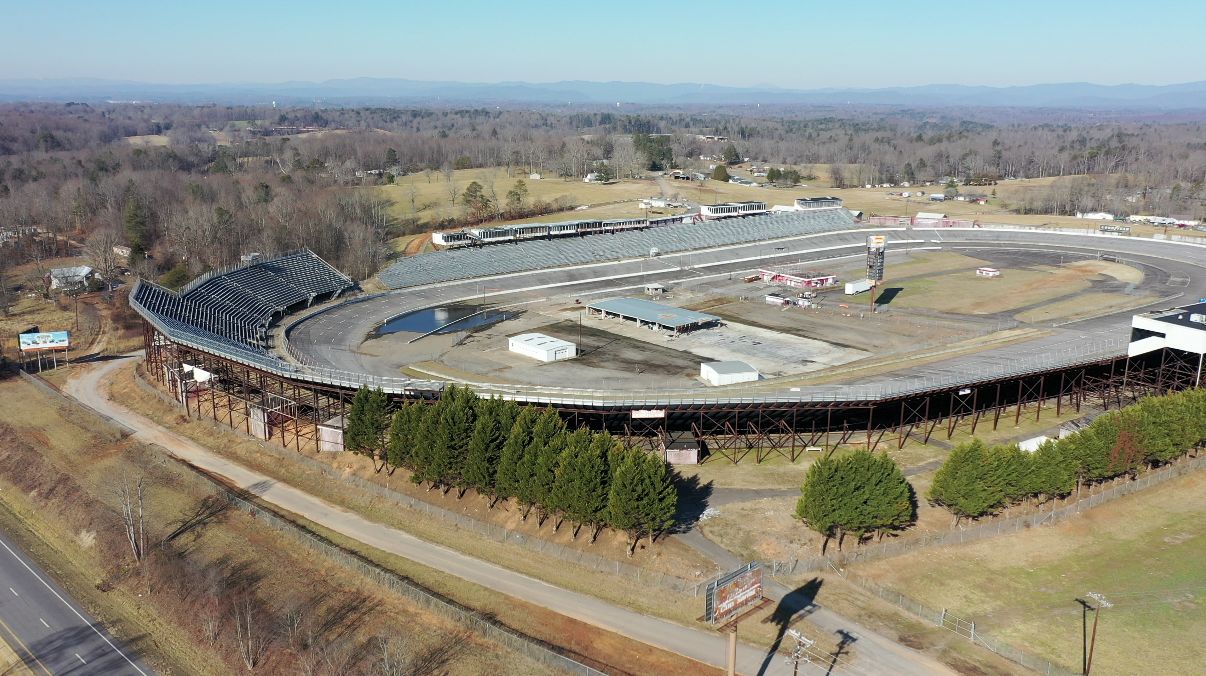 North Wilkesboro Speedway getting makeover thanks to a state grant

WILKES COUNTY, N.C. — The view most people think of when they hear about the North Wilkesboro Speedway is just the back end of the bleachers when driving down U.S. 421.

The state granted $18 million to the North Wilkesboro Speedway

Just by looking at it, the track seems as old as NASCAR itself, but thanks to a state grant and a determined community, saving the speedway won't be a problem anymore.

Key grew up in North Wilkesboro and has been strumming a guitar for as long as he can remember.

"I live way, way out in Wilkes County. Out in farm country," Key said.

And for as long as he can remember, more than two decades, this track has been like a ghost town.

But with a little help from Key, his band, and the rest of the community, all of that is about to change.

An $18 million grant from the state will bring about the revitalization of the track, helping Key bring even more awareness to the importance of this hidden treasure in Wilkes County.

"It's just kind of a nostalgic, reminiscent song for everybody to relate to, but for the people of North Wilkesboro and Wilkes County to have something, and the supporters of the track world wide to have something a little more personal," Key said.

Marcus Smith is President and CEO of Speedway Motorsports, Inc. and acquired the track in 2007. Fifteen years later and SMI has officially released plans for the tracks makeover.

“The last race was in ‘96 around the year I was born. I drive past it on 421 always going out of town, and it’s just sad for me to see it sitting empty, and I just want to experience what it’s all about,” Key said.

And experience it he just might. Already, Key has had the opportunity to perform his hit song "We Want You Back" at the track, featuring many NASCAR legends and longtime race goers.

“Actually, when we did this video, Paul let us in, and actually, Paul has let everybody in the gate for almost forever and he just lives right over here," Key said.

While fans are looking forward to the short-track races and pit stops, there's going to be more behind the project than racing and checkered flags.

The North Wilkesboro Speedway has had renovations before, but the people are positive that the third time is a charm.