GAS PRICESFind lowest gas prices in N.C. mountains
NEW PODCAST EPISODEChatting with presidents: Lessons from a TV legend on interviewing the nation's leaders
COMMUNITY CALENDARAdd An Event to Our Calendar
GET OUR APPOur Spectrum News app is the most convenient way to get the stories that matter to you. Download it here. 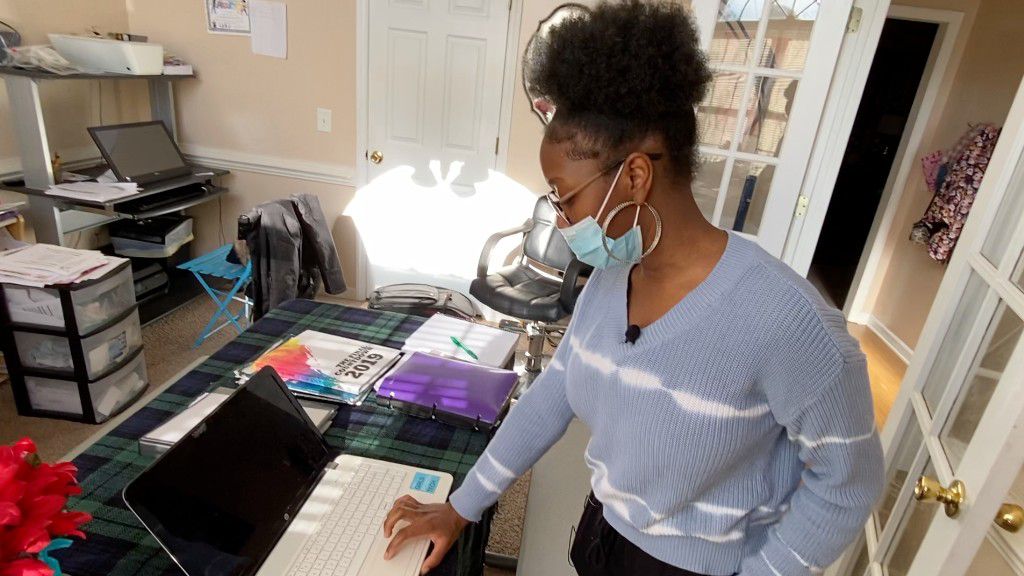 HARNETT COUNTY, N.C. – Fresh off graduation from the NC School of Science and Mathematics, Grace Dossou still has stacks of notes.

There are notes from her biology classes, a robotics conference, African history, and organic chemistry.

“After attending my very first summer program, I just loved the idea of being able to find new things by just studying the smallest things,” she says. “There is such a large world within the field of biology that no one really told me about.”

Dossou will enter Yale in the fall on a full academic scholarship to study biology. She credits the influence of several Black women with her decision to enter the field. She attended a student workshop at a Triangle biotechnology company. The experience opened her eyes to the field itself and what she could do in it.

“The person who was in charge was a woman, so that was pretty cool and inspiring,” she says. “I was like, this is something I could do. I wouldn't be alone in this field.”

Dossou would be entering a field that remains dominated by workers who are white and, in many cases, male. According to a 2018 Pew study, Black people make up 9% of the STEM workforce, despite representing 13% of the U.S. population. The number of Black life sciences workers is even lower, at 4%.

It's a trend people like Prof. Siobahn Day Grady hope to reverse. Grady is the first woman to earn a Ph.d in computer science from NC A&T University, and now teaches at NC Central University. Both are historically black universities.

“They symbolize the things that I am proud of, the work ethic, the knowledge,” she says.

In addition to her academic work on machine learning, Grady is active with blackcomputeHER, an organization that promotes tech education and workforce development for Black girls and women. She frequently speaks at events that cater to young women with an interest in the STEM field. She also recently launched a new program called STEM-It Yourself, partnering with a school in Pitt County to introduce students to the field.

“Students need to see someone that looks like them so that they know that they can achieve these things, too,” she says.

Dossou is one of many students who count Grady as a mentor. She helped design the website for STEM-It Yourself.

“Seeing them just lets me know that I can't stop. There's no excuse to stop. I can't just say, 'oh, it's going to be hard, so why should I even continue,'” she said. “They've done it. They are there for a reason, because they worked hard to get there, so there's no reason why I shouldn't be able to do the same thing.”

Dossou hasn't decided whether she wants to become a neonatologist, specializing in caring for premature infants, or research infections common to cystic fibrosis patients.

“I kind of don't like the idea of people dying and me not being able to do anything about it,” she says.