GAS PRICESFind lowest gas prices in N.C. mountains
NEW PODCAST EPISODEIs North Carolina purple?
COMMUNITY CALENDARAdd An Event to Our Calendar
GET OUR APPOur Spectrum News app is the most convenient way to get the stories that matter to you. Download it here. 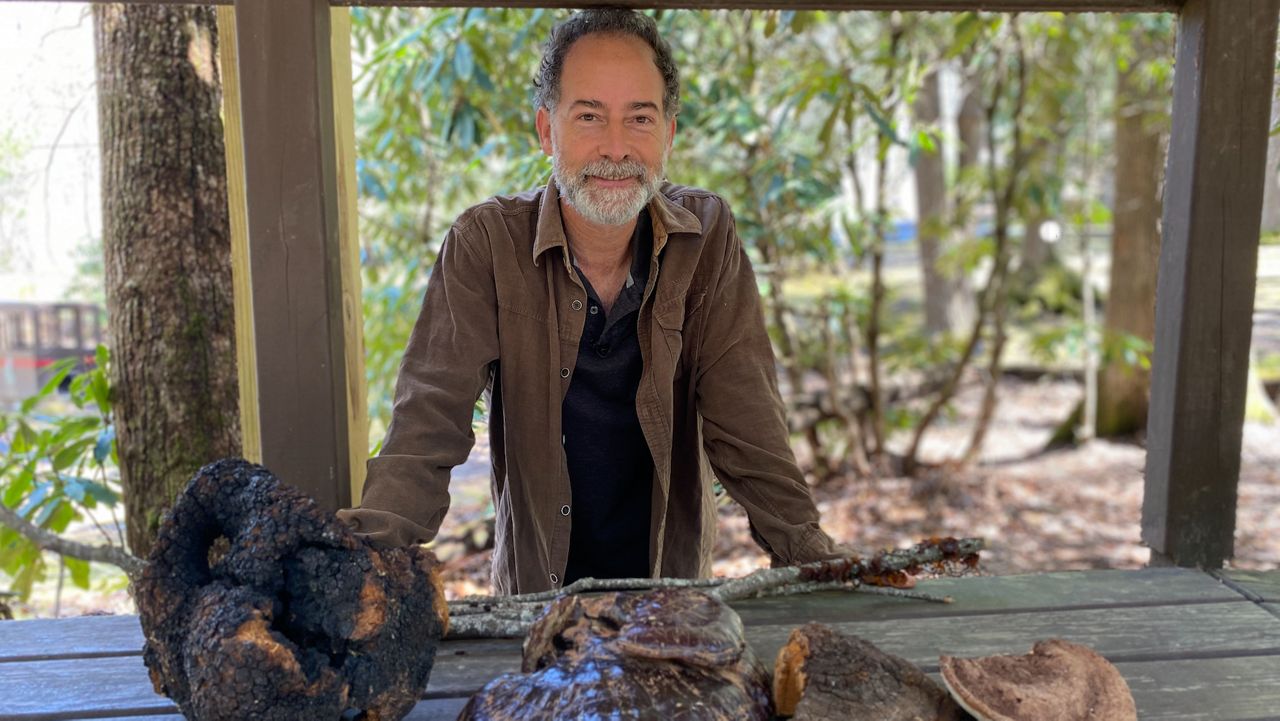 BLACK MOUNTAIN, N.C. — Truffle mushrooms are rare, treasured fungi across the world. Turns out there is an abundance of them in western North Carolina.

Alan Muskat is an expert at finding all sorts of mushrooms

Alan Muskat is known around western North Carolina as the mushroom man. He can identify hundreds of fungi and cite all sorts of facts about them. He has spent the last two decades hunting for mushrooms.

“When I was selling mushrooms to restaurants, I would pick 300 to 500 pounds a year,” Muskat said.

Now he leads foraging tours through the company No Taste Like Home. He says the soil and temperatures in western North Carolina provide a good environment for the truffle mushroom. He and his colleague, Natalie Dechiara, recently got a truffle hunting dog named Eva. The dog is trained to sniff out the mushroom.

“Eva is a Lagotto Romagnolo, and we got her from Serbia,” Dechiara said. “She comes from a long line of working truffle dogs.”

A dog’s sense of smell is much stronger than that of a human. Muskat says that is why they are good at finding mushrooms underground.

“Ideally, the dog you have doesn’t dig it up because they have claws,” Muskat said. “The dog we have is designed to have a soft mouth and to be gentle with them.”

The truffle mushroom is a prized find in the fungi world, but Muskat says don’t get caught up on just this one mushroom.

“Foragers can’t be too choosy,” Muskat said. “The more open you are, the more likely you will find something when you go out.”

Muskat says there are a few restaurants in Asheville that will cook wild-caught mushrooms. For more information on this and their foraging tours click here.