While many cities and towns are struggling to provide adequate housing, Augusta is experiencing a building boom unlike anything seen in decades, a top city official reported to the City Council recently.

“Augusta has had no shortage of proposed and approved housing projects on a scale the city has never seen before,” Matt Nazar, director of development services, wrote to council members March 11. “Augusta has not seen a residential building boom like this since the 1950s and 1960s.”

In municipalities across the state and in the halls of the State House, the state’s lack of affordable housing has taken center stage this year. House Speaker Ryan Fecteau (D-Biddeford) is sponsoring a wide-ranging bill to allow more units to be built on single family lots, permit accessory dwelling units in any residential area and provide state support to help municipalities revisit zoning regulations.

“The lack of affordable housing in Maine has reached a crisis level and we must act,” Fecteau said in a statement. “If we can get this bill passed, we are taking the biggest step forward to remove the barriers that stand in the way of increasing housing supply that the state has ever taken.”

In Augusta, there are already more than 1,400 new housing units in the pipeline, Nazar wrote in a memo to council to document the city’s efforts over the last few years.

One of the major projects is on Civic Center Drive across from the entrance to the University of Maine at Augusta. Developer Tim Gooch is building a 42-unit senior housing project that should have apartments available for lease this fall, he said.

He praised Augusta for a willingness to work with developers.

“I’ve had a very good experience with the city of Augusta,” Gooch said. “It’s a team effort and they also take a leadership approach.”

He said the city does not ask for additional studies to be done and the lack of mandated green building standards helps those looking to build in the city.

“Your labor force is good up there,” he said.

Augusta City Manager Susan Robertson said the city has known for years that there’s a housing shortage and has been working to address it.

“I do know we have a little more flexibility in our zoning districts for the construction of housing,” she said. “There’s a pretty keen awareness here of the need for housing.”

In addition to Gooch’s project, the city has approved a 250-unit, market-rate apartment complex on Civic Center Drive next to the Elks Lodge; a project at 333 Water St. for 17 market-rate units; and is working with the Augusta Housing Authority on three projects that could result in more than 90 new units of affordable housing across the city. 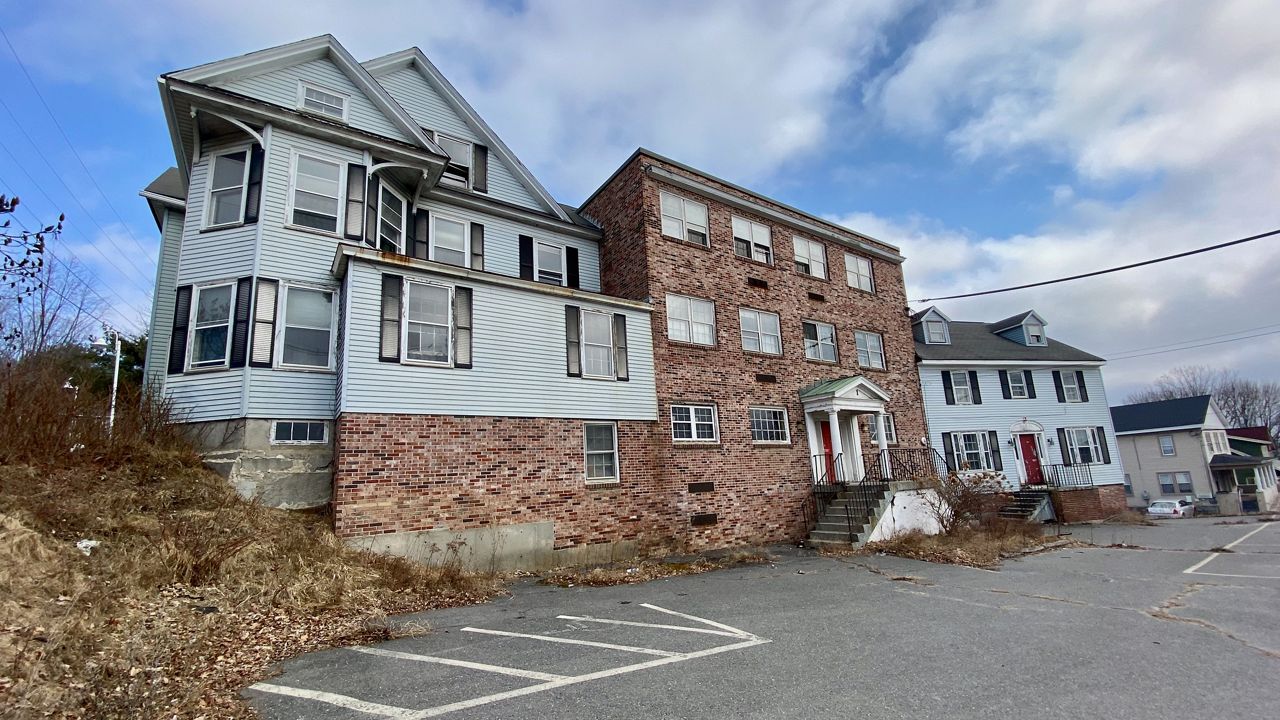 Although Augusta is seeing a residential building boom, developers hoping to renovate this property at 99 Western Ave. have been stymied by neighborhood opposition. (Photo by Susan Cover/Spectrum News Maine)

Nazar, who could not be reached for comment Friday, also noted that the city is working with several small developers on what could add up to more than 750 new units.

Although Nazar’s memo is largely upbeat, he did note one area of frustration for developers. He said many of them have considered buying and redeveloping the property at 99 Western Ave., but neighborhood resistance has stymied their efforts.