A researcher walks on Mt. Everest’s highest glacier, the South Col, which new UMaine research suggests will disappear within a few decades because of human-caused climate change. (Photo by Mariusz Potocki/University of Maine)

Researchers from the University of Maine have discovered startling effects of climate change on Mount Everest, after what they describe as the most comprehensive scientific expedition ever undertaken on the world’s highest peak. 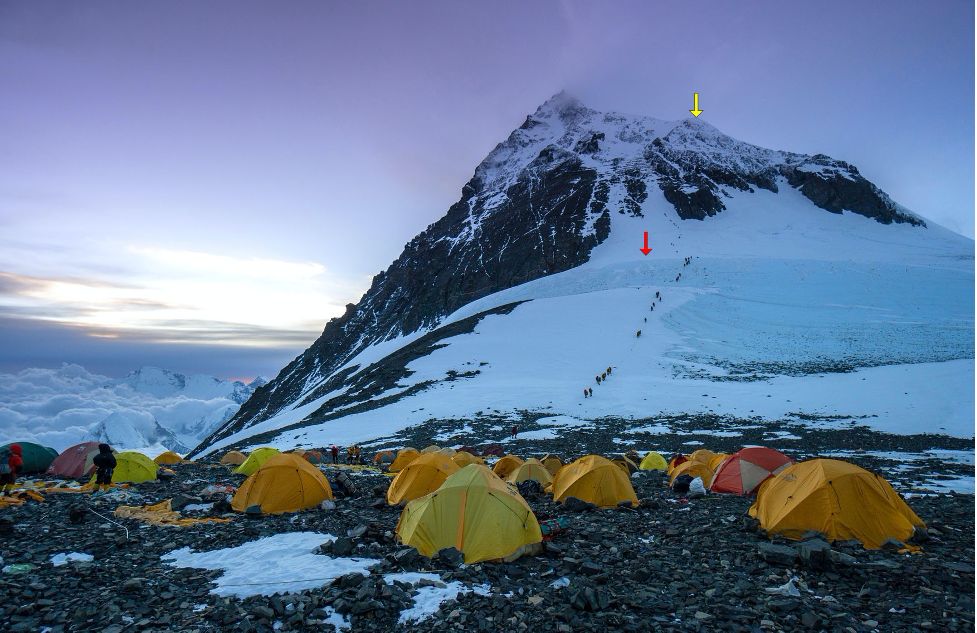 Climbers and researchers camp at the base of Mt. Everest’s South Col glacier as a line of people ascends. The red arrow in this picture shows where scientists drilled the highest-ever ice core as part of the climate change study. The yellow arrow points to one of Everest’s weather stations. (Photo by Mariusz Potocki / University of Maine via Nature).

“The big question is, is the roof of the Earth impacted by human-source greenhouse gas warming? And the answer is, yes – quite remarkably,” Mayewski said in an interview.

The team’s focus was extracting what they say is the highest-altitude ice core ever taken – a tube of ice carved from deep inside the South Col glacier at above 26,000 feet, in surreal conditions that Potocki said made him feel like an astronaut.

“It's an iconic mountain, Everest – it’s very well known, but it's very understudied,” Potocki said. “The opportunity to drill in such elevation, which is completely terra incognita for us, new land – nobody drilled previously in such an elevation – that opened a new window to science.”

Mayewski said this core is a record of hundreds of years of weather and climatic change at the highest level of Earth’s atmosphere that can be studied this way. Analysis of the South Col core and comparison to others shows that the glacier has lost 2,000 years worth of its ice just since the 1990s – shrinking about 80 times faster than how long it took that ice to build up.

“And the expectation is, in the next 25 to 30 years, the remainder of the glacier will be lost,” Mayewski said.

This is largely because of the loss of the summer snowpack that once covered this glacial ice, Mayewski said. As that snow began to melt more often in recent decades, the ice beneath became exposed and turned a darker color than snow. 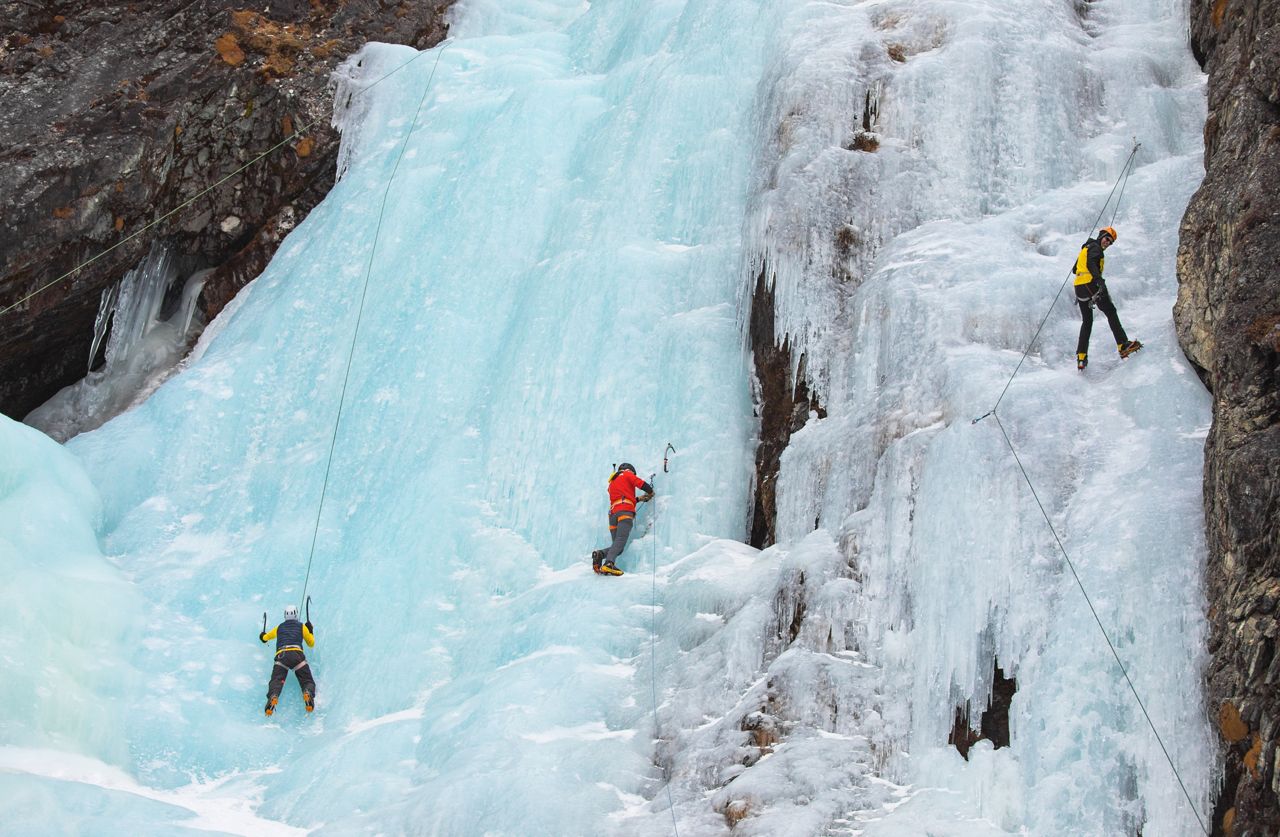 Researchers scale an ice wall on Mt. Everest, now the site of some of the highest-altitude effects of climate change ever studied. (Photo by Mariusz Potocki / University of Maine).

Darker surfaces reflect less light and can heat faster, in what’s known as the albedo effect. This kind of change has also been found to be fueling rapid ice loss and ocean warming in the Arctic.

On Everest, researchers found it has led to high rates of sublimation in the South Col glacier – where ice turns directly into vapor. Increasing winds and air temperatures, as well as some ice melt, have also helped cause the glacier to shrink to a lesser extent.

The loss of such a glacier has huge implications for mountain communities and climbers. Mayewski said it will irrevocably change Everest for the thousands who attempt to reach the summit each year, and the Sherpas who carry their gear and guide them up the mountain. These climbers may find more unstable surfaces with less fresh water at high elevations.

“It'll be a very different place – in some ways easier to climb, because the warmer it gets, the simpler, the more comfortable it is,” Mayewski said, “but in other ways, more treacherous.” 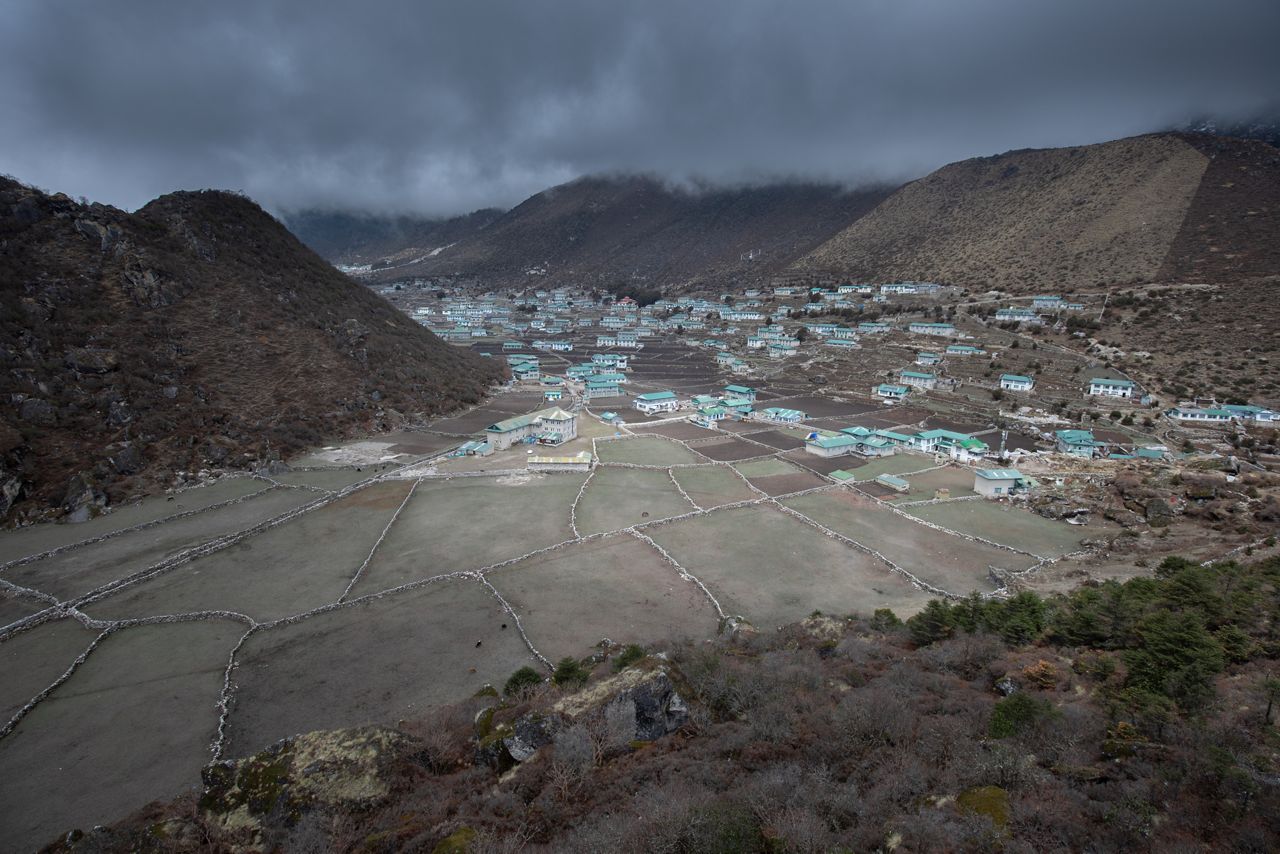 Moreover, Potocki said, the glacier loss will threaten hydropower and agriculture for residents in surrounding towns who live and farm in tiers on the mountain’s foothills.

“We can talk about (the) Himalayas in terms of water towers,” Potocki said. “The huge glaciers are huge water sources and water storage for people living downstream.”

The lack of ice could also destabilize croplands and village areas, and could prompt a need for relocation. Destructive floods are another concern – spring melt can create lakes at the edges of glaciers, in icy containers that will break and burst if the meltwater inside is too warm.

“We wanted to be able to demonstrate that there's no place on the planet that isn't affected by human activity,” Mayewski said. “Just as we think about polar bears as being the iconic sort of symbol for climate change in the Arctic, we can think about it on Everest now as being the iconic symbol for literally nothing on the planet escaping our impact.”

Knowing the toll that human activity is taking on the iconic mountain, Potocki said he hopes climbers will show more respect for it and its neighbors, including by working harder to remove the decades of trash left on the slopes. 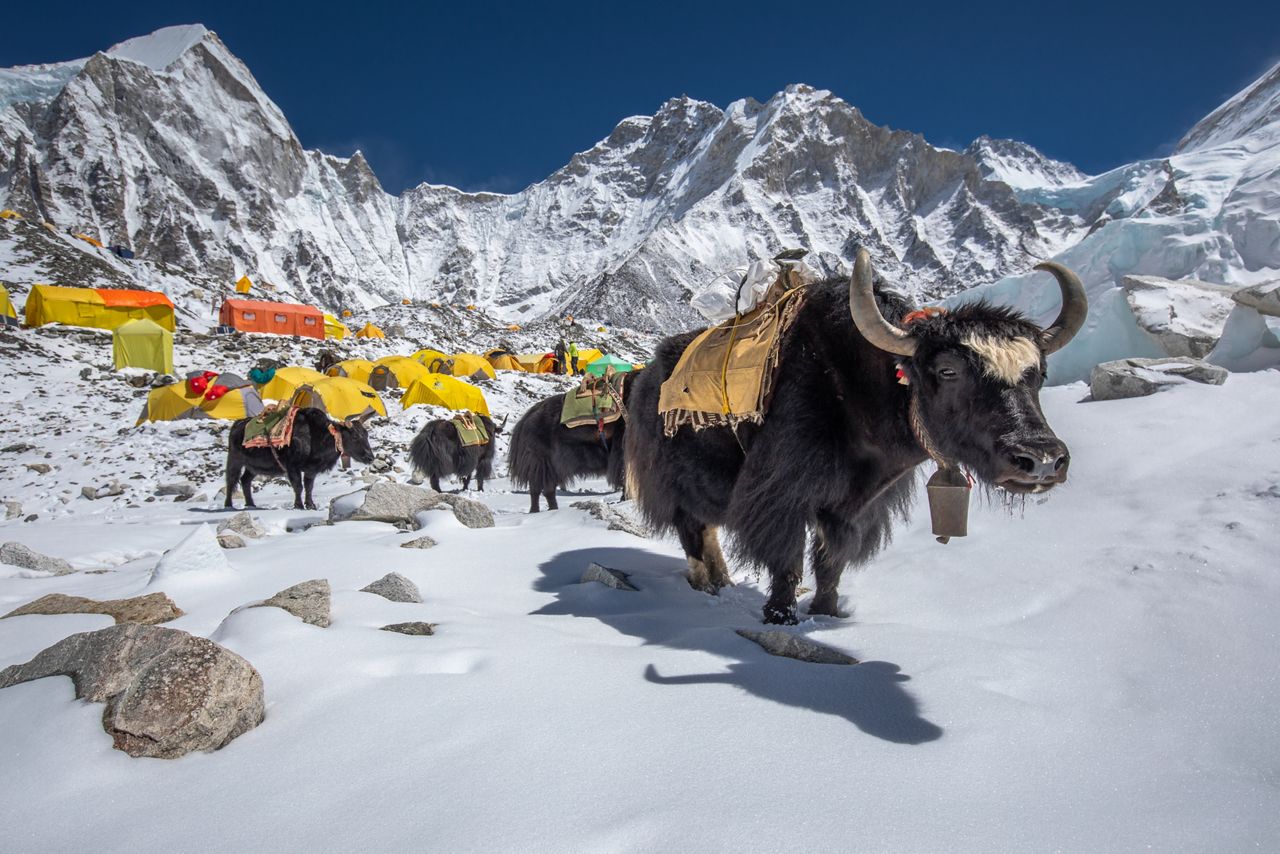 Sherpas use yaks like these to haul climbers’ gear on some parts of Everest. (Photo by Mariusz Potocki / University of Maine).

Mayewski, who directs the UMaine Climate Change Institute, said the findings are a message to Maine and governments around the world to speed up efforts to decrease emissions. He said he and his colleagues were tapped for the expedition because of his experience on the north side of Everest and in other remote environments.

Now, they have many more questions to answer with data gathered during the 2019 expedition, both from weather stations on the mountain and their record-breaking ice core. It could show shifts in global weather patterns over millennia, or past evidence of abrupt climate change.

The team had hoped to collect a core at the Everest summit, but found a traffic jam of too many climbers in line ahead of them. In the future, they hope to take a core from the north side of Everest, lower down but with more remaining ice, to compare to the one from 26,000 feet.