The Belfast Curling Club opens this weekend for the season. (Photo by Susan Cover of Spectrum News Maine)

Perhaps you’re not into outdoor cold-weather sports, but you want to stay active this winter. And maybe you watch the Winter Olympics every four years and think, curling looks kind of cool.

Steve West, the president of the Belfast Curling Club, wants to talk to you. He joined the club nine years ago following a divorce.

After being closed last season because of COVID-19 and following major renovations when a pipe burst, the club is back open this weekend with its first Learn to Curl event. Nearly 60 people have signed up and if you missed out, another round of sessions will be offered Jan. 8.

Club historian Jeff Dutch said the club was founded in 1956, with the first indoor curling competition starting in the 1959-60 season. A physician from Calais who relocated to Belfast started the club because he missed curling, something he learned to do in New Brunswick, Canada, Dutch said. 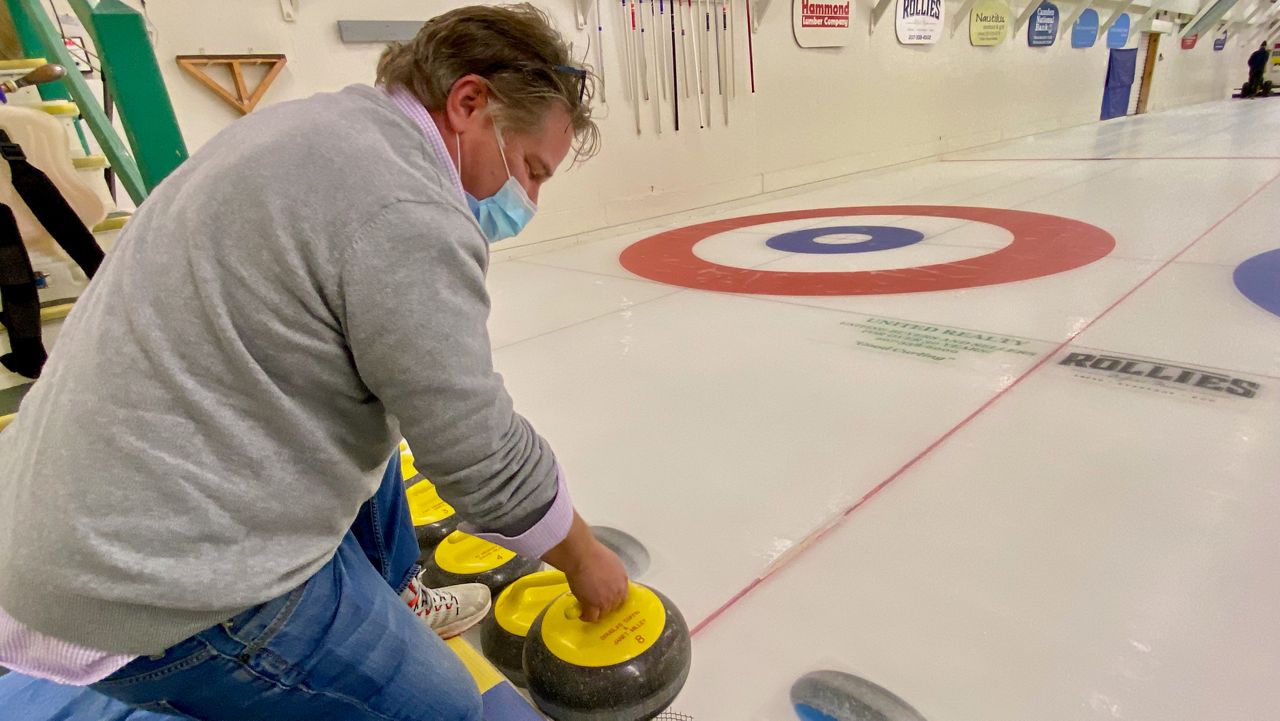 Early club members volunteered their time on nights and weekends to pour the foundation and lay the cement blocks to form the ice house, Dutch said. Today, the building features a warm room with a bar, large windows overlooking the playing area and a function room for banquets.

“We are a 100% volunteer club,” West said. “From kitchen to the bar area, when we are doing our bonspiels, that’s all done voluntarily.”

The club hosts bonspiels — curling tournaments — throughout the season that feature 24 teams from the Northeast and the Canadian Maritimes.

In addition to recruiting new members, the club is actively fundraising to try to cover the $300,000 cost of renovations made necessary by the burst pipe. An online auction at belfastcurlingclub.com is set for Nov. 10-20 and will feature antiques, artwork, boat cruises, cooking classes, golf outings and more.

One bright spot for the club is the upcoming Winter Olympics in Beijing in February. West said interest in curling traditionally spikes after people get a chance to watch it on TV. And although it looks fairly simple from the couch, West offered this advice.

“It’s more difficult than it looks,” he said. “And it is a great means of exercise.”

Curling is considered one of the world’s oldest team sports and traces its roots back to the 16th Century in Scotland and the Netherlands, according to the World Curling Federation. It became an Olympic sport in 1998.

The stones weigh 42-44 pounds and come from the island of Alisa Craig in Scotland. West said brooms and shoes are specialized too.

“Our members come in all shapes and sizes,” he said. “There are people from all different backgrounds. It’s a great sense of community. The social aspects of it are great. The exercise, providing that for people in this area during the winter, is pretty important.”

The Belfast club is the only one dedicated to curling in the state, although clubs in Portland and Dover-Foxcroft rent ice time at hockey rinks, West said.

Ken Gordon, building and grounds manager, said although the club has members, it doesn’t have a vibe of exclusivity.

“People come here to curl and have a good time,” Gordon said. “You can have on your team people with entirely different beliefs or politics and it just evaporates. You come to curl and have fun. You just feel welcome.”

Interested in taking up the sport? Check out Spectrum News Maine's weekly events list for information on the Beflast Curling Club's 'Learn to Curl' event.