Jason Nelson spent years planning something special for the end of a dream backpacking trip: A “thru-hike” along the 2,189-mile Appalachian National Scenic Trail, from Georgia to Maine. 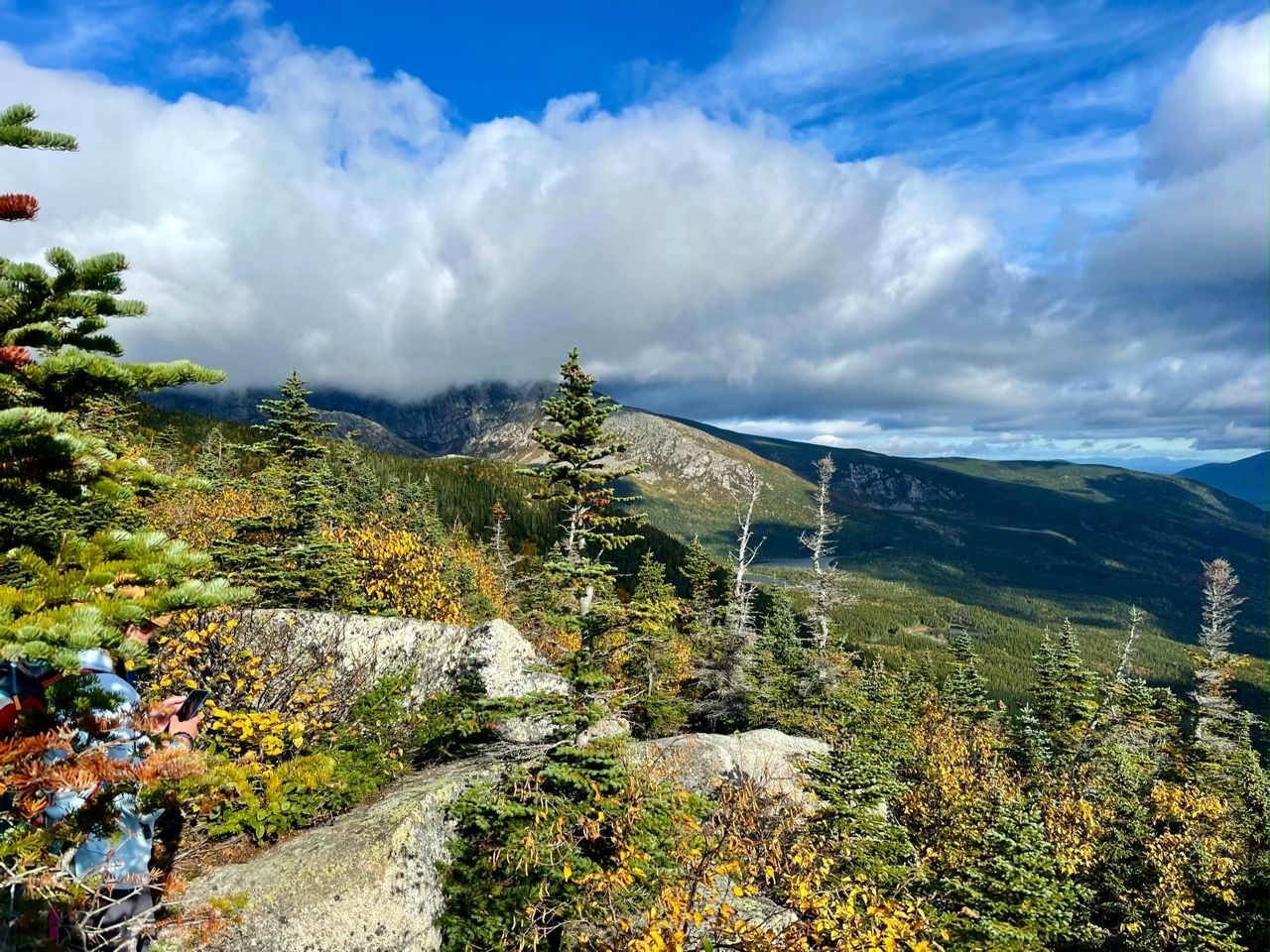 Mount Katahdin is the highest mountain in the state of Maine at 5,269 feet. (Photo by Selene Berube)

The 36-year-old Pennsylvania resident was one of the last to finish the iconic trek this year in early October, capping a busy season that saw the joyful return of high numbers of hikers whose Appalachian Trail hopes were cut short in 2020 by the start of the pandemic.

The trip along the world’s longest hiking-only footpath was a bucket-list goal for Nelson, and he made it count. He had long planned to meet up in Maine with his girlfriend of eight years — 31-year-old Brittany Dunphy, also of Pennsylvania — to finish the hike together by ascending the state’s tallest peak, Mt. Katahdin.

After hours picking their way up the mountain and scrambling over rocks, they made it to the summit, surrounded by panoramic views of vibrant foliage and a handful of other hikers near the well-photographed sign that marks the northern terminus of the Appalachian Trail.

“And then he got down on one knee,” Dunphy said. “I was totally blown away.”

A post shared by Jason Nelson aka Tinny (@tinnyonthetrail)

Nelson capped his thru-hike by proposing to Dunphy on top of Mt. Katahdin, and she said yes. They’re both aspiring “highpointers” who have climbed some of each state’s tallest peaks. Nelson had done Katahdin before, and it was always his favorite. Now it’s one of Dunphy’s, too.

“The views are breathtaking,” Nelson said. “It’s just so beautiful, no matter which route I’m taking.”

Making up for lost time

The Appalachian Trail Conservancy says 3,763 people had registered to thru-hike the trail by May of this year -- most of them going from south to north, known in trail lingo as NOBO.

The group’s New England outreach coordinator, Ilana Copel, said it’s likely not all those people finished their hike, and others may have completed it who didn’t register, so the number is only a preliminary estimate. But it’s more thru-hikers than registered in any of the past three years.

Nelson had planned a full NOBO hike with his brother in 2020, including the proposal. He was packed and ready to leave in early March — a common time to begin thru-hikes in order to make it to Maine before winter. He’d even shaved his beard so it could grow back on the trail. 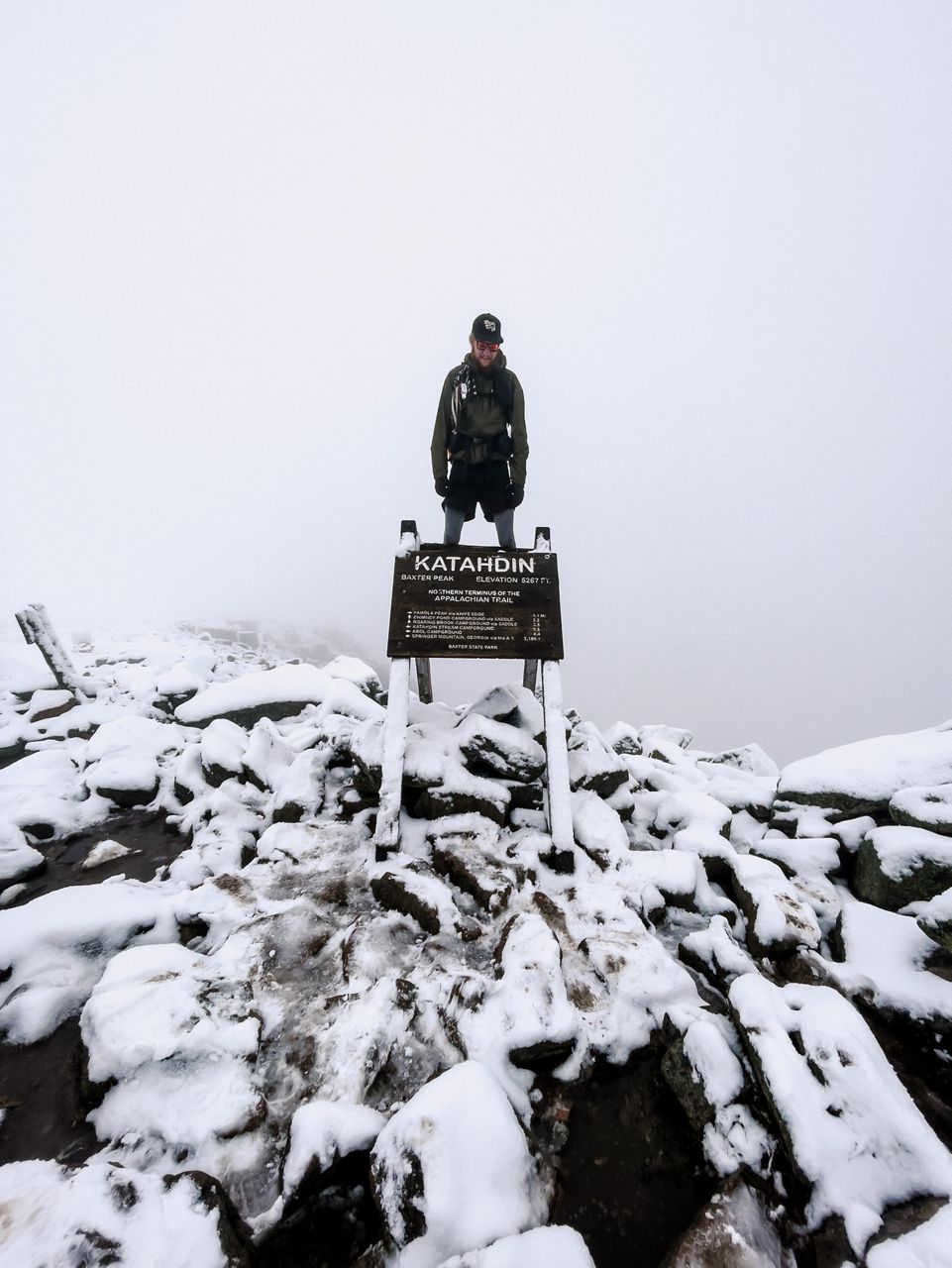 Brian Fowler poses in the snow with the Mt. Katahdin summit sign on Sept. 30, 2021 at the end of his Appalachian Trail thru-hike, which began April 15. (Photo courtesy of Brian Fowler)

Nelson said the delay was hard, but it helped him prepare more for the arduous trek. He spent all winter getting excited to leave in March 2021.

“And then COVID hit,” Dunphy said. “So he had to unpack his bag. It was very disappointing.”

As the pandemic spread, some of the Appalachian Trail’s 14 states sought to close off their sections to visitors. The Appalachian Trail Conservancy stopped issuing official recognitions for the trail’s “2,000-milers,” urging people to make the hard decision, stop their hikes and go home.

“I could barely stay seated. I paced back and forth in my living room,” he said. “I couldn’t wait to go.”

People in the trail ecosystem around Katahdin felt that, too. Jaime Renaud owns the Appalachian Trail Lodge in Millinocket, the gateway to Baxter State Park and Katahdin. They provide lodging and services almost exclusively for Appalachian Trail thru-hikers.

“It was kind of a mess last year,” Renaud said. “We did the best that we could.”

The lodge stayed open in 2020 with social distancing protocols for hikers who remained on the trail in spite of health guidance. She said their occupancy was down 57% from prior years. For the 2021 season, she said, there was a “busy-ness” that felt new, with hikers anxious to return.

“There’s people that are like, it changes them, it gets into their blood,” she said. “You see Katahdin looming in the distance and it’s kind of like a reward.”

‘Unlike anything I’ve ever done’

Trail groups recommend that hikers finish the NOBO trip by Oct. 15 at the latest to avoid dangerous winter conditions in Northern New England.

Nelson had planned to finish earlier, but slowed down as he spent time with other hikers along the way. By the time he reached Katahdin on Oct. 4 with Dunphy in tow — 198 days after his hike began — he said they heard there had already been four inches of snow on the mountain that week.

“But we had perfect weather,” he said. “It wasn’t that windy, the sun was out, like, we couldn’t have asked for a better day.” 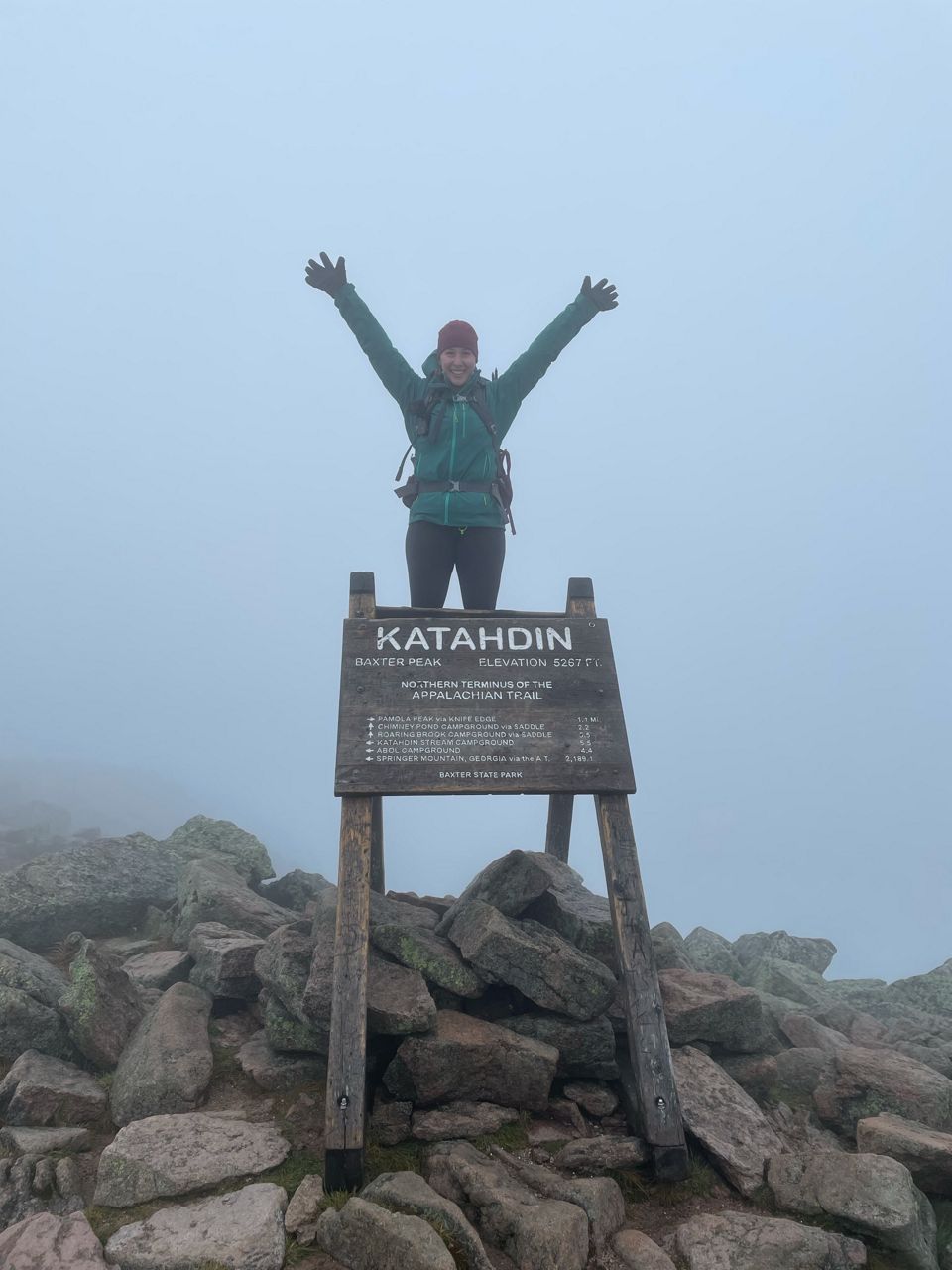 This rugged mountain consists of a group of summits of which the highest is Baxter Peak. (Photo by Selene Berube)

Katahdin draws hikers from around the world, with many routes to the summit that vary in intensity and style. Selene Berube, 22, of New Hampshire made the ascent with a friend in late September, through bands of dense fog and a 20-degree temperature drop above the treeline.

“It was spectacular ... to look at the edge of the caldera, to see the clouds whipping in and out of the range itself, and then to look back into the valley which looked like it was on fire with the foliage,” she said. “I felt like I was on a different planet.”

Berube said she’s eager to try the hike again in a different season. She’s not sure she’ll ever have the time and money to attempt a thru-hike of the Appalachian Trail — the trip requires months of time off work and can cost thousands of dollars. But she said she would consider “section-hiking” it by chipping away at the trail in pieces, sometimes over years.

For Nelson and Dunphy, Katahdin and the thru-hike were unforgettable experiences — proposal and all. Dunphy said she enjoyed how much hiking Katahdin was like rock-climbing.

“I liked the challenge of trying to figure out how to get up over a rock and get the handhold right. I’d never done that before. It was a cool challenge, like a puzzle,” she said. “I feel like Katahdin and Maine are extremely special to me now.”

Nelson is now one trail down in his quest for the “triple crown” of U.S. long-distance hiking — completing the Appalachian, Continental Divide and Pacific Crest Trails, a feat that has only seen 440 documented completions since 1994. He also wants to keep checking off highpoints.

But his Appalachian Trail thru-hike, especially this year, will always be a special achievement.