Results from a Spectrum News/Ipsos poll released this week show only 34% of registered voters support the corridor project while 16% remain undecided. (Photo by The Associated Press)

Half of registered voters in Maine oppose the transmission line that’s slated to bring Canadian hydropower through the state onto the New England power grid, according to an exclusive Spectrum News Maine/Ipsos poll released this week.

The poll found only 34% of Mainers support the 145-mile power line known as the CMP corridor project, and 16% haven’t formed an opinion. It shows a stark divide over a ballot question, up for a vote in November, that would retroactively prohibit construction of the project underway in the Western Maine woods.

The same poll found that 70% of voters are concerned about rapidly warming waters in the Gulf of Maine, a consequence of fossil fuel use. And more than half support the state’s goal to become carbon-neutral by 2045, the kind of change scientists say is necessary to soften the blow of climate change. 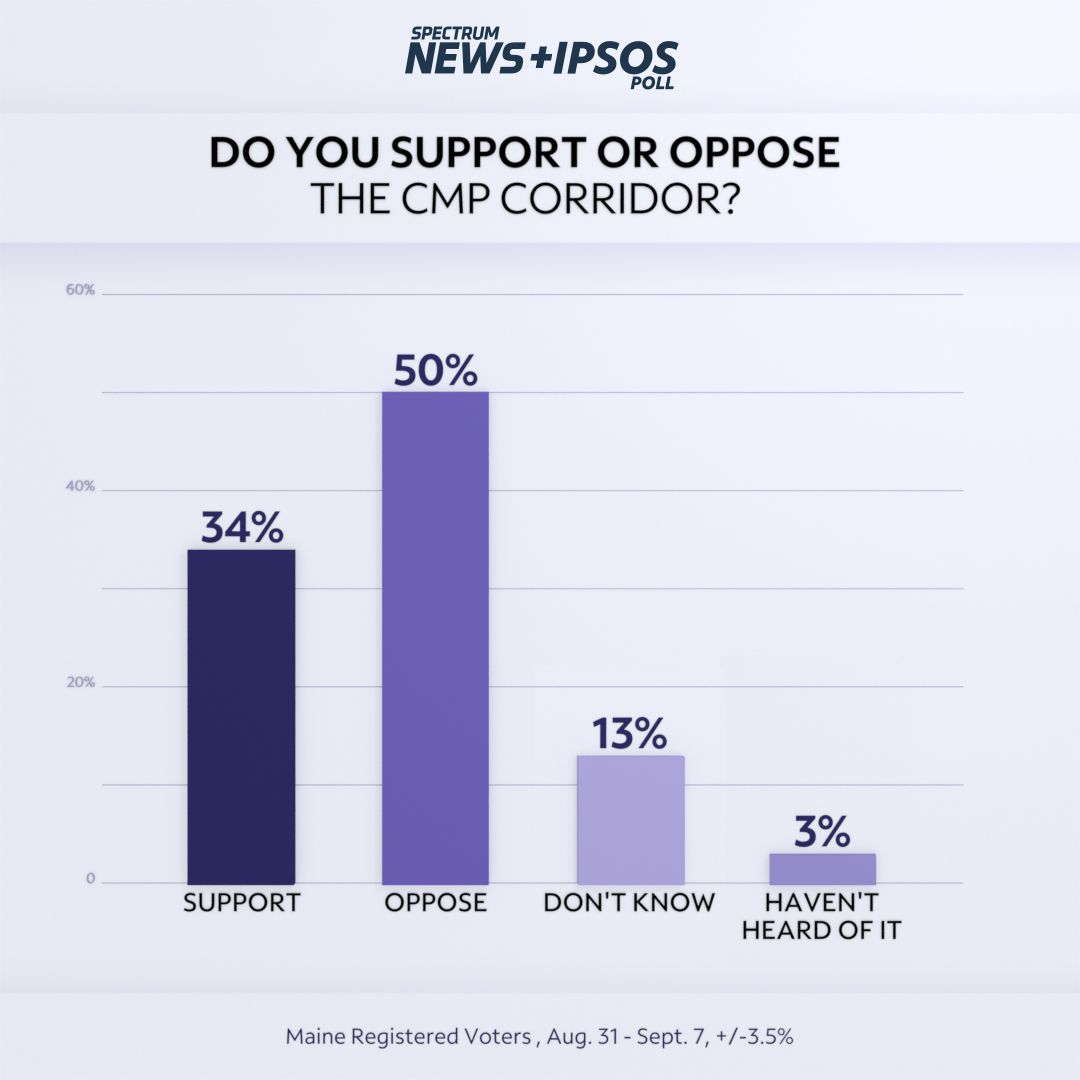 The poll of 800 registered voters in Maine age 18 and older was conducted via telephone Aug. 31-Sept. 7 by research firm Ipsos. Sixty-one percent of respondents were reached by cellphone and 39% were contacted on a landline, according to Ipsos. The poll has a margin of error of plus or minus 3.5%.

“Support for these (climate-change) initiatives is really driven by those that identify as Democrats, and opposition is driven by Republicans,” said Ipsos vice president Mallory Newall. “But what’s interesting is when you look at the support for the CMP corridor, you even start to lose kind of the biggest proponents on climate-related issues, and that’s Democrats.”

Opponents of the transmission line, formally called the New England Clean Energy Connect, said the results show they’re on track for victory on ballot question one. The ballot initiative would retroactively close the Upper Kennebec region to any “high-impact” transmission lines and require two-thirds approval from the state legislature for future, similar projects.

“Maine people really love our forestlands. This is a massive scar through that landscape,” said Pete Didisheim, the advocacy director for the Natural Resources Council of Maine, a leading opponent of the transmission line. “The benefits have just not seemed worth it to them.” 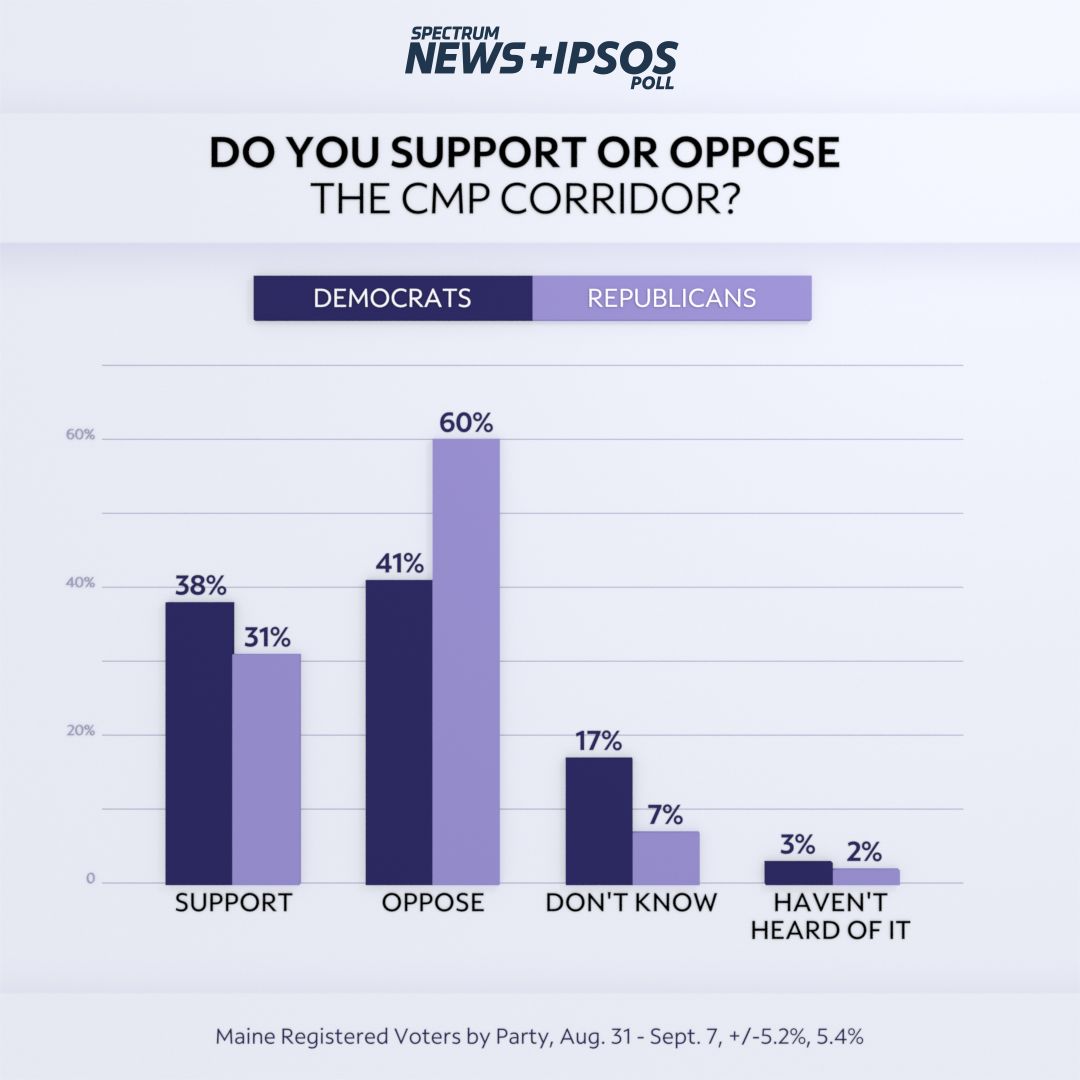 Clean Energy Matters, a political action committee run by CMP parent company Avangrid, noted opposition to the project from the region’s natural gas and nuclear power plant owners, saying those companies have poured money into the referendum campaign “because they don't want to compete with new renewable energy this project will bring to Maine and New England.”

“Fossil fuel companies are now working with a group of politicians to get around the constitution by passing retroactive laws,” said the PAC’s executive director Jon Breed in a statement. “Question 1 would set a terrible precedent that could be used to target Maine businesses and people for things that legally happened in the past. That's not just unfair, it's dangerous.”

Supporters of the transmission line argue it will help upgrade Maine’s power grid and create jobs with less environmental impact than opponents suggest, while taking a key chunk out of planet-warming emissions in New England, which gets most of its power from natural gas.

Orlando Delogu, an emeritus professor at the University of Maine School of Law, is one of a group of mostly retired environmental leaders who, he said, were recruited by the state Chamber of Commerce to advocate for the project. Delogu said the public has been misled to see this as a political issue, rather than one about climate action and what he called “the larger social good.”

“You can’t build any major infrastructure anywhere in the country without some minimum environmental damage,” he said. "Politically, (opponents have) marshalled a great deal of anxiety... with respect to the project, when I think all the regulatory bodies… have all found it appropriate and a useful step. A small step, not the only step, but a step in the right direction.”

Bowdoinham state Rep. Seth Berry, a Democrat, argued that Massachusetts should seek its emissions cuts through a similar transmission plan in Vermont. He opposes the CMP project, which will require clear-cutting about 50 miles of new transmission corridor as the line makes its way toward existing rights-of-way and an interconnection to the regional grid in Lewiston.

“If I believed that this was truly meaningful for the climate emergency, then I would do a lot to find ways to support it,” Berry said. “But it really is a climate shell game.” 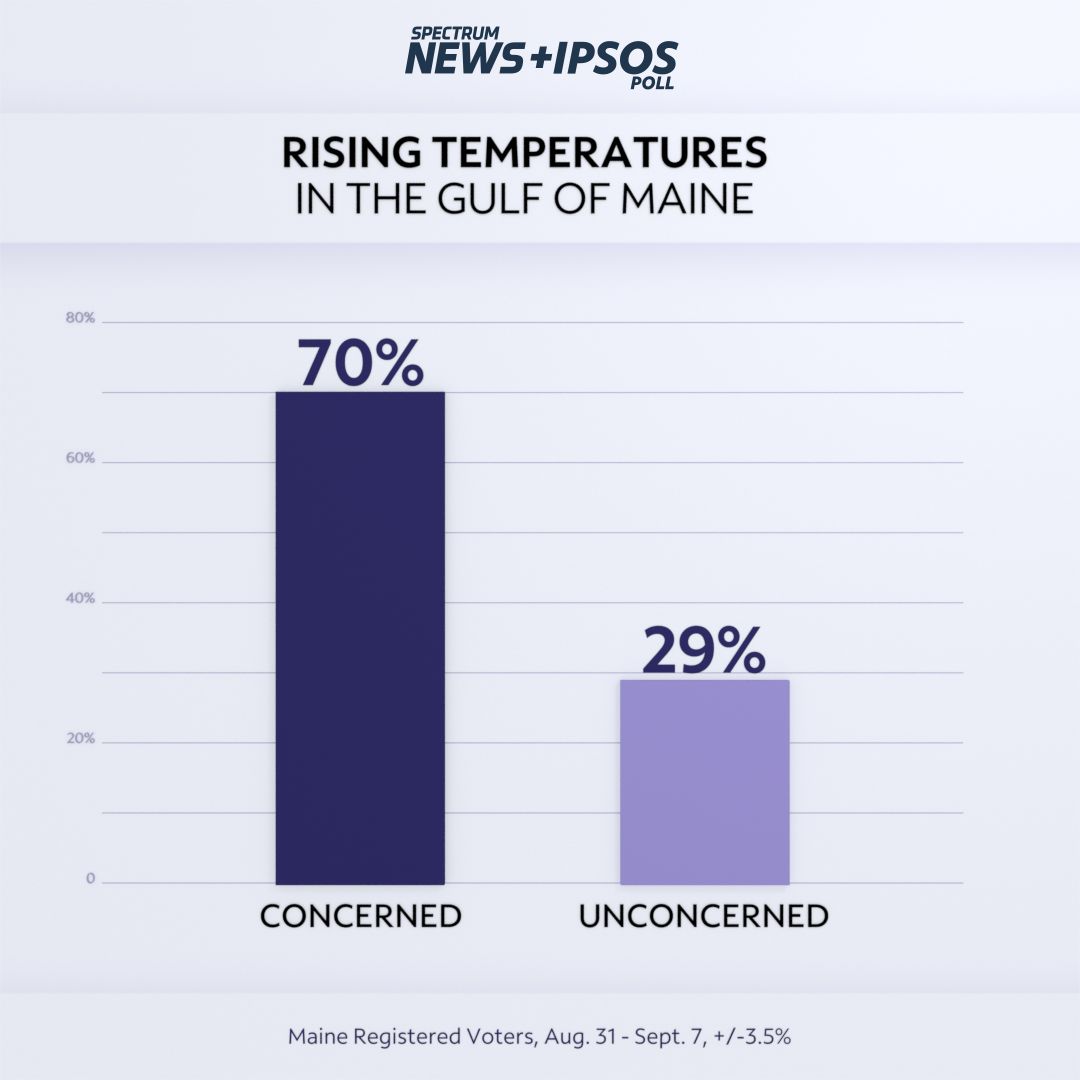 Independents and Democrats interviewed for the Spectrum News Maine/Ipsos poll were more undecided than Republicans on the CMP corridor project. But very few people of any party were uninformed or undecided on one of Maine’s prevailing climate change impacts: the rapid warming of the Gulf of Maine, which is occurring faster than almost anywhere else in the world.

Voters had mixed feelings on some of the state’s other responses to climate change, which have ramped up significantly in the past couple of years under Gov. Janet Mills, a Democrat.

“It tells us the importance of asking about actual policies versus rhetoric,” Ipsos’ Newall said. “(People are) perhaps not sure what the plan itself is, but there is support for some of the underlying tenets of it.”

Those tenets focus on the carbon-neutral priorities, supported by plans to cut emissions from home heating and transportation — Maine’s largest and most entrenched sources of climate impacts. 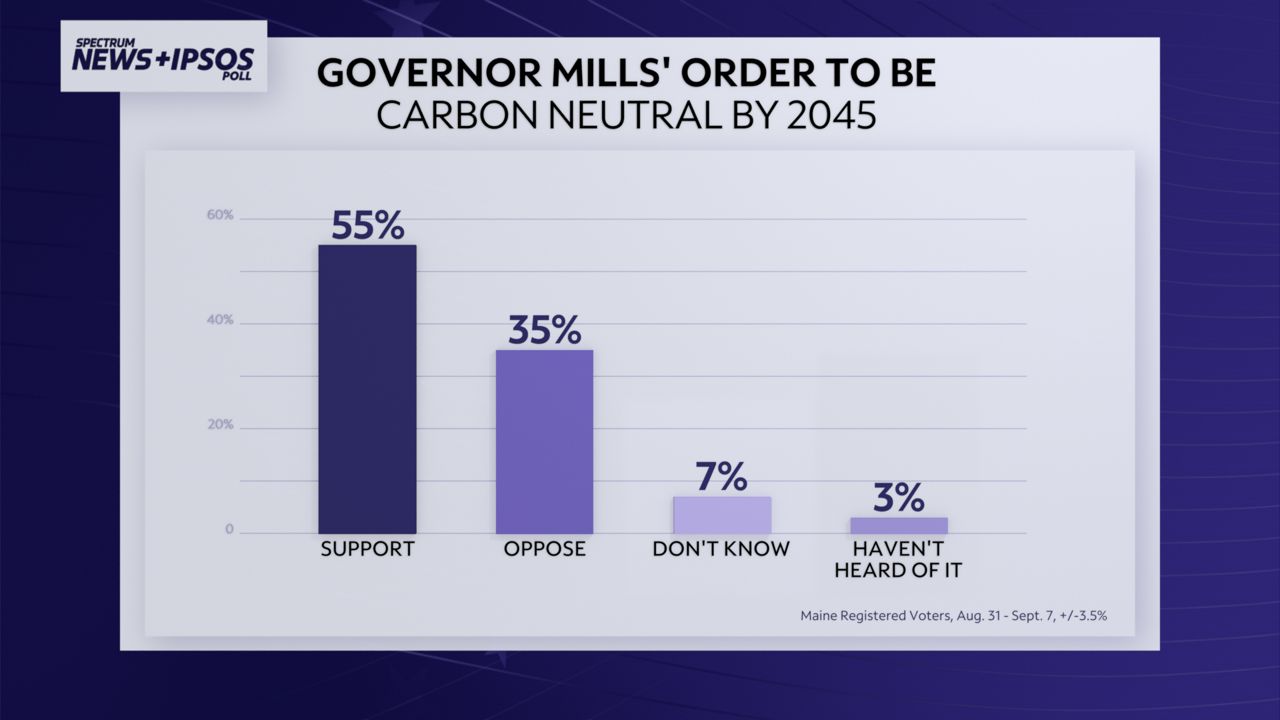 Didisheim, of the Natural Resources Council, said these results tell him that Mainers are aware and ready to respond to climate change, as extreme weather events explode across the globe. He said the Climate Action Plan is already being implemented, but there’s more to come.

“I think in the next few years people are really going to start seeing the most significant transformation in our energy sector in 100 years,” he said.