U.S. Energy Secretary Jennifer Granholm visited a renewable energy company in Portland on Friday as part of a push for Congress to fully fund climate change response in the next federal budget.

Granholm met with Maine Sen. Angus King and the staff of Maine-based Ocean Renewable Power Company, or ORPC, which is developing new riverine- and tidal-energy technologies in Alaska, Maine and overseas with the help of federal research funds.

Thank you @SenAngusKing and @ORPC_Inc for the great tour of the Portland waterfront –– the future of marine energy is here!@POTUS' Bipartisan Infrastructure Deal is all about creating good-paying #CleanEnergy jobs and Mainers will help lead the way to a more resilient future. pic.twitter.com/sbB9ItX4XI

The Department of Energy announced $27 million in new funding for this industry earlier this year. Granholm said her agency wants to push for rapid renewable energy deployment to meet President Joe Biden’s targets for lowering carbon emissions that drive the harmful effects of global warming. 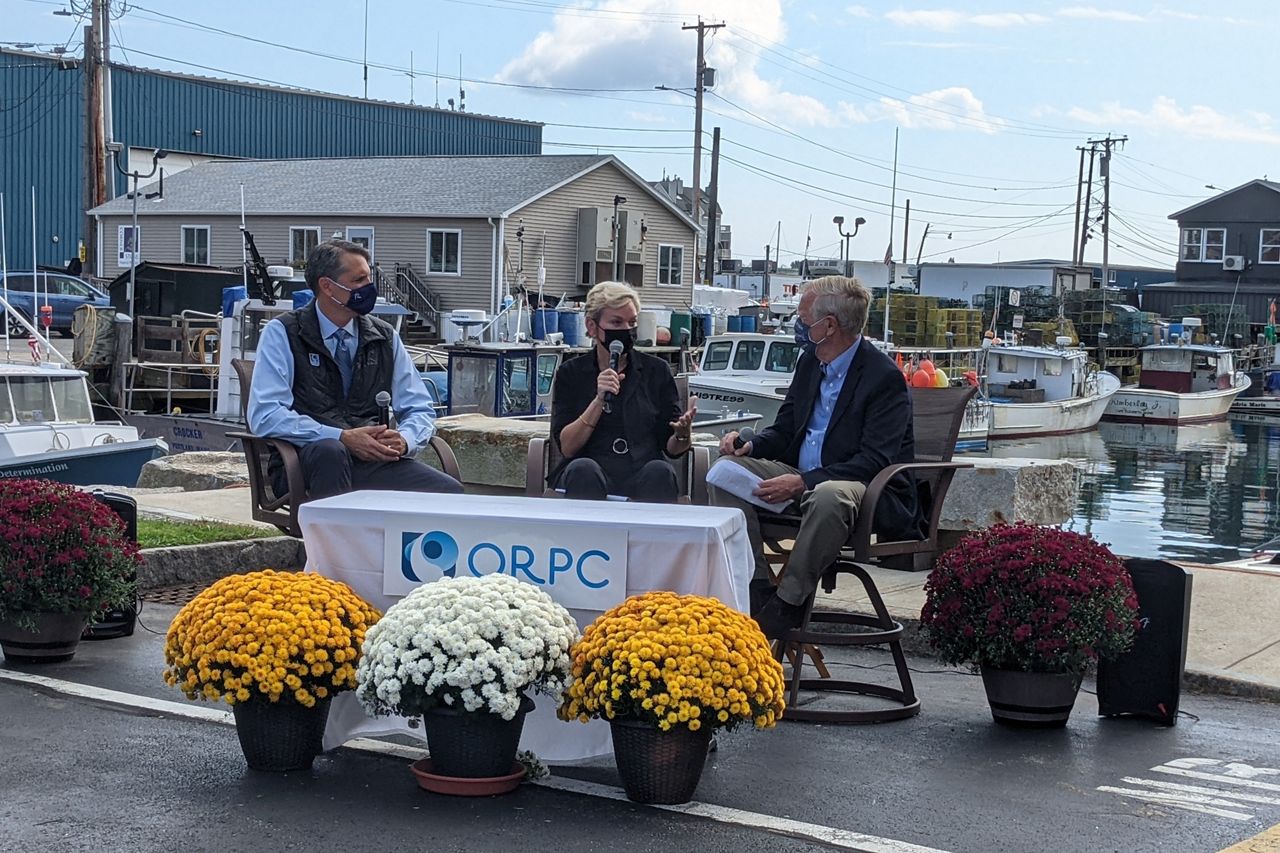 “Our hair is a bit on fire because the world is on fire,” Granholm said. “It’s so great to have an example of a company that we have been partnered with on the research and on the demonstration and now on the deployment (of renewable energy technology).”

In 2019, ORPC completed what the Department of Energy described as a groundbreaking free-flowing river hydropower project in southwest Alaska. The company said the system sits on pontoons just below the river’s surface and does not disrupt fish migrations or require a dam.

Officials at ORPC said these systems connect easily to the grid and are ideal for remote areas that often rely on pricey, polluting diesel power. Next fall, the company aims to complete a comparable project in Maine’s Millinocket Stream, at the site of a former paper mill. Granholm said it’s the kind of innovation that could make Maine an international leader in advanced hydropower.

“The transformation that can occur if we really, as a nation, capitalize on this clean energy economy… by 2030, it’s estimated that the clean energy sector will be a $23 trillion global market for all technologies and products that will reduce carbon pollution,” Granholm said, citing a 2016 World Bank report. “So the question for the United States is, are we going to let other countries just take that market… or are we going to get in the game?”

To facilitate that transformation, Granholm said Congress must build on its recent passage of a $1.2 trillion infrastructure package and fully fund Biden’s $3.5 trillion budget proposal. 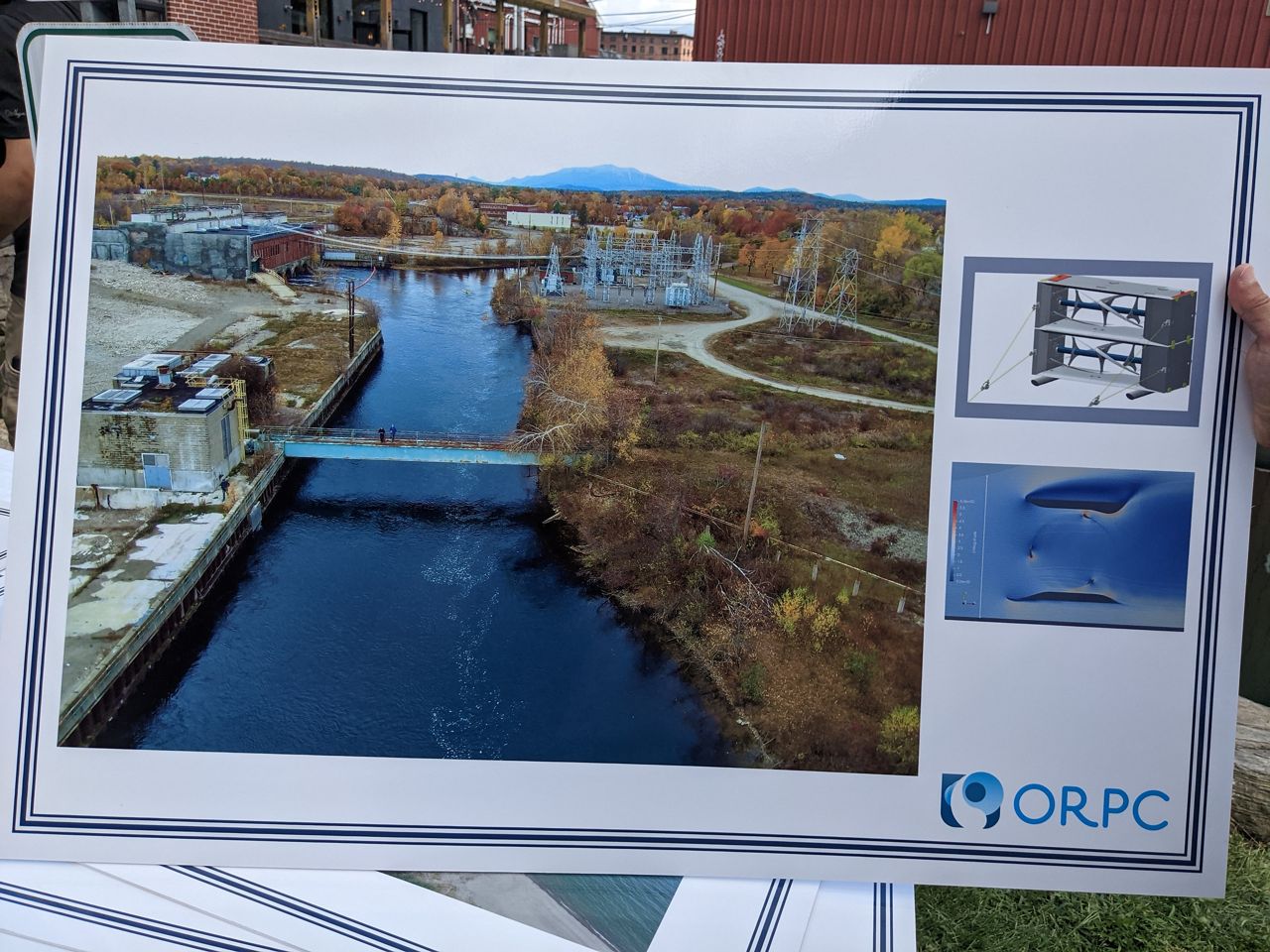 Portland-based ORPC aims to complete an advanced riverine hydropower pilot project in 2022 at this former paper mill on Millinocket Stream near Mt. Katahdin.

The plan includes a national clean energy standard, which would require utilities to sell 100% renewable electricity by 2035. It would also create a new federal authority focused on updating the nation’s power grid to accommodate new renewables, and a 30% tax credit for companies that install these projects, among other provisions.

The plans are part of the Biden administration’s goal to reach net-zero carbon emissions in the U.S. by 2050. They fall in line with the goals of the Paris Climate Accords, which seek to head off the most catastrophic potential increases in global temperatures that scientists have predicted.

Maine’s electric utilities are working toward an 80% renewable fuel mix by 2030 and 100% by 2050 – currently the most aggressive goals of any New England state.