All items in the exhibits on the museum’s main floor, like this piece in the fishing exhibit, must be removed and stored during asbestos abatement. (Photo by the Maine State Museum)

State museum closed for repairs until at least 2023

AUGUSTA - Imagine the logistics of hauling 59,000 boxes of archival records, 12,000-year-old fragile stones and bones and thousands of books.

That’s the challenge of state agencies located in the Cultural Building in Augusta that houses the archives, museum and library. The building closed in June 2020 for major repairs, including asbestos removal and an overhaul of the heating, cooling and ventilation systems.

The $20 million project will mean the museum, a popular destination for school children, will be closed to visitors until at least late 2023. 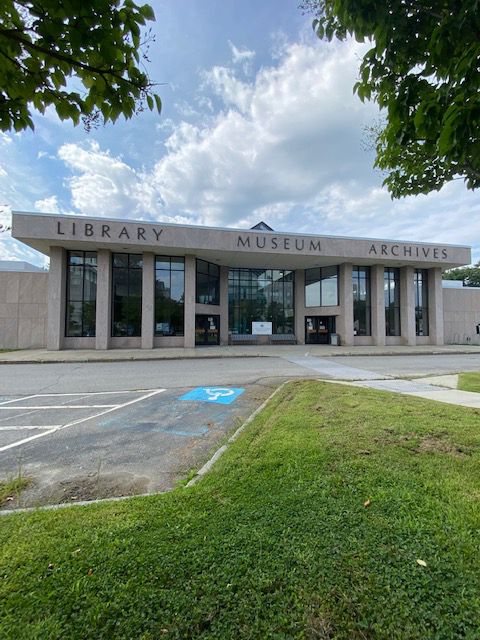 The Cultural Building in Augusta, home to the state library, museum and archives, will be closed until at least 2023 for major renovations. (Photo provided by the Maine State Museum)

The library has been temporarily relocated to 242 State St. and is open to the public. The archives are open in a temporary location on Elkins Lane.

For years, lawmakers and others have considered various options for repairing or replacing the Cultural Building. Former Secretary of State Matt Dunlap, the current state auditor, led a task force in 2006 that sought to address what was described as “a severe shortage of archive space and physical building damage that could lead to the loss of cultural artifacts and archived records,” according to a legislative report.

Opened in 1971, the building cost $4.3 million in state money and $500,000 in federal funds. It didn’t take long for the agencies to run out of space and the building was described in the 2006 report as a “year-round energy drain.”

And while the task force recommended a variety of options in 2006 to fix the building – which included renovating or razing and building new – ultimately the cultural offerings stayed put.

“We tend to lurch into the future,” Dunlap said this week. “We don’t stride. There’s a lot of competition for resources.” 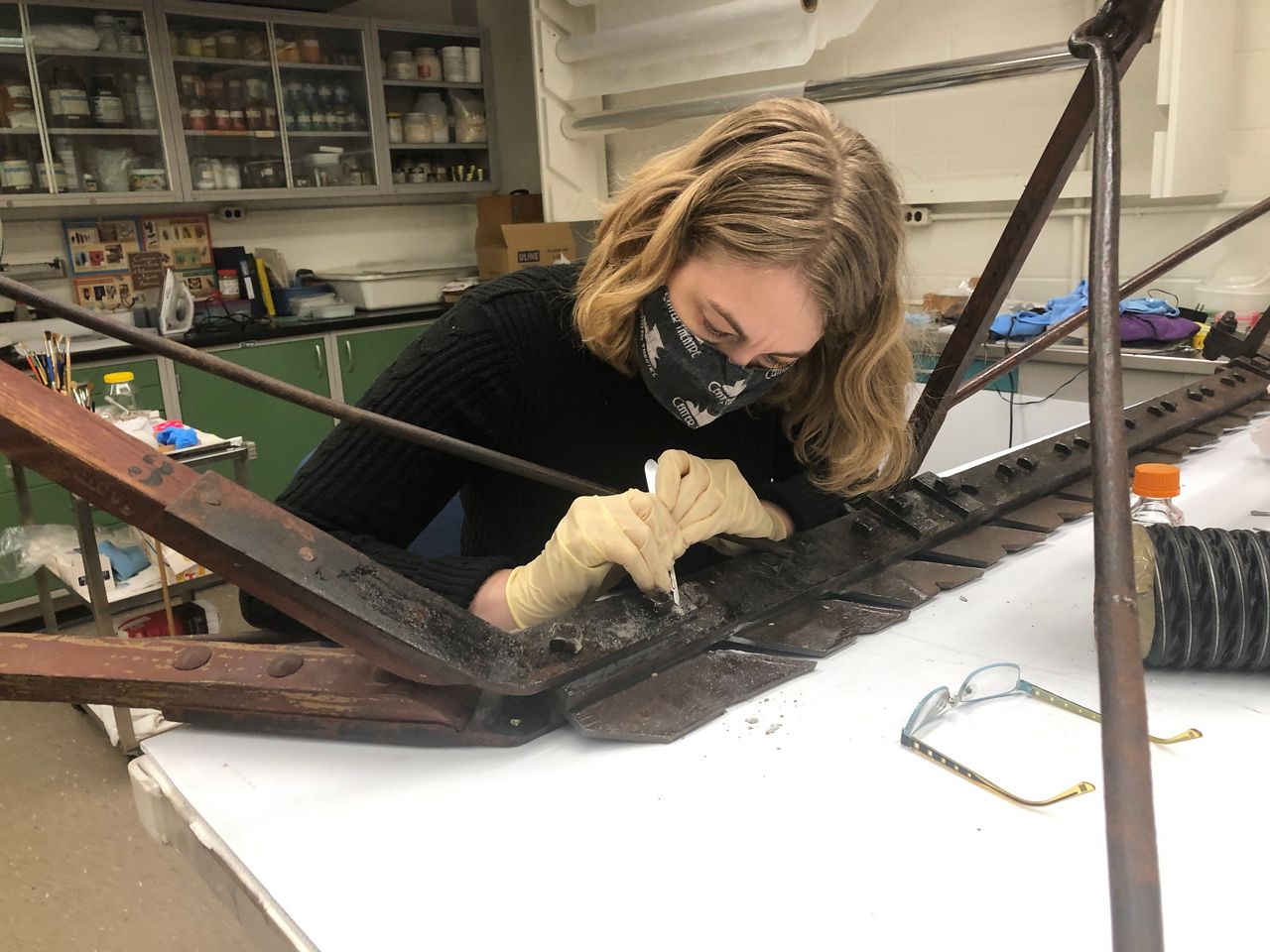 Museum objects conservator Teresa Myers carefully removes remnants of faux ice added to this ice cutter when it was placed in the ice harvesting exhibit several decades ago. (Photo provided by the Maine State Museum)

Maine state archivist Kate McBrien said they removed every item from the building, which took nearly a year to plan and execute. The archives collection, which includes irreplaceable historical documents and popular genealogical records, is now being housed in three buildings in Augusta.

She hopes the archives will be able to move into their part of the building in the spring of 2023 and though there’s little money for major renovations to the space, she is thinking about how the archives can best serve the public.

“What does the public need in the 21st century?” she said. “It was built with very different needs and technology in mind.”

The library moved 300,000 items out of the building and has about 10% of its collection at its temporary location on State Street, said Chris Boynton, library section supervisor. The rest of the collection is in Winthrop and can be fetched within a day for those requesting materials.

The temporary location still has daily newspapers and magazines, a research desk, computers, microfilm readers and a television. Those hoping to use a computer or view microfilm should call ahead to reserve a machine, Boynton said. When they reopen sometime in 2023, the library will offer better wheelchair accessibility as part of planned renovations, he said.

For the museum, Fishman said the project is a huge undertaking that involves moving some exhibits to offsite storage areas and at the same time, covering and protecting some of the larger exhibits in place.

Some of the more sensitive objects are 12,000-year-old stones and bones that illustrate the “archeology of native people in Maine,” he said. On the other end of the scale, some of the largest objects – the Lion locomotive and hull of a large ship – will stay put during the upgrades, deputy museum director Sheila McDonald said.

Fishman and McDonald said the long closure is giving them the time to reimagine the museum, which includes building a new education center on the third floor, new interactive exhibits and an overall freshening of displays that are 40 years old.

“It’s a very exciting project,” Fishman said. “It will really give the museum an enormously attractive new face for our tens of thousands of visitors.”