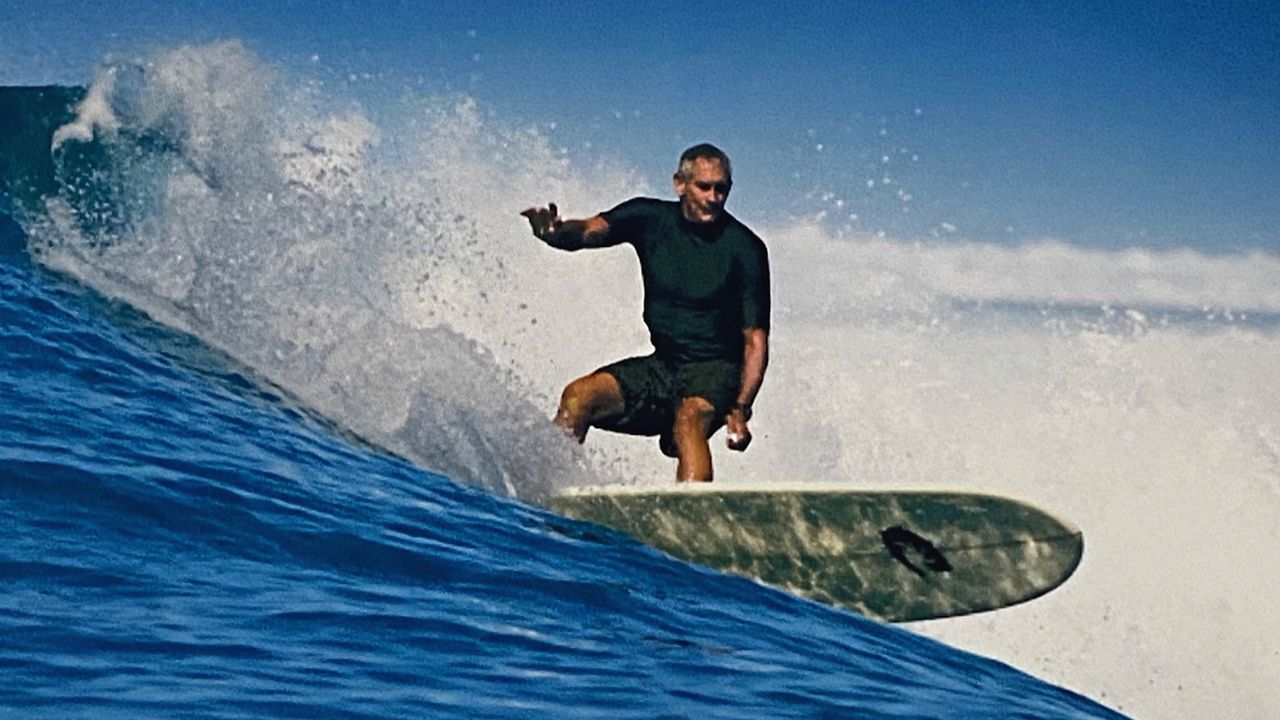 Joey Cabell: The legend of surf

Legendary championship surfer Joey Cabell helped revolutionize the sport in the 1960s in Hawaii while becoming the ultimate renaissance man as a world-class sailor, skier and entrepreneur in launching the famous “Chart House” restaurant brand.

Cabell recently set off for a day trip out of Ala Wai Harbor with his prized catamaran, the “Hokule’a.” Sailing past the unusually high surf of Waikiki brought back memories of being a 7-year-old, watching the surfers in awe from his school bus and saying to himself, “I’m going to be that guy.”

That led Joey to be one of the best surfers of the ’60s, winning multiple surf contests and being named one of “25 Surfers Whose Surfing Changed the Sport” by Surfer Magazine.

Surfing legend Duke Kahanamoku would soon recruit Joey to the “Duke Surf Team,” where he continued his success under the tutelage of the greatest surfer ever known, “The Duke.”

Cabell’s passions went well beyond the surfboard. He was also a championship skier in Aspen, where he teamed up with a business partner to launch “Chart House.” He then built his own catamaran to set a speed record from Hawaii to Tahiti. However, a devastating accident in the middle of the Pacific Ocean on their return trip home left his prized catamaran crippled, with a quest for a speed record now merely a fight for survival.

After 10 perilous days at sea with no communication, Cabell and his crew “jury-rigged” his boat to sail back to Hawaii, arriving over three weeks late — turning the trip into an adventure they would never forget.

Cabell’s life voyage would soon join Yana Cabell, who became his soulmate of over 20 years. Now, over 80 years old, he remains a celebrity figure with locals around Hawaii.

Cabell also returned to Huntington Beach, Calif., to be recognized by the Surfing Walk of Fame and revisit the history of the surfboard at the Surfing Heritage and Culture Center in San Clemente, Calif.

Always looking for his next adventure, Cabell’s advice to those around him is short but sweet: “Cut to the chase, and just keep standing.”