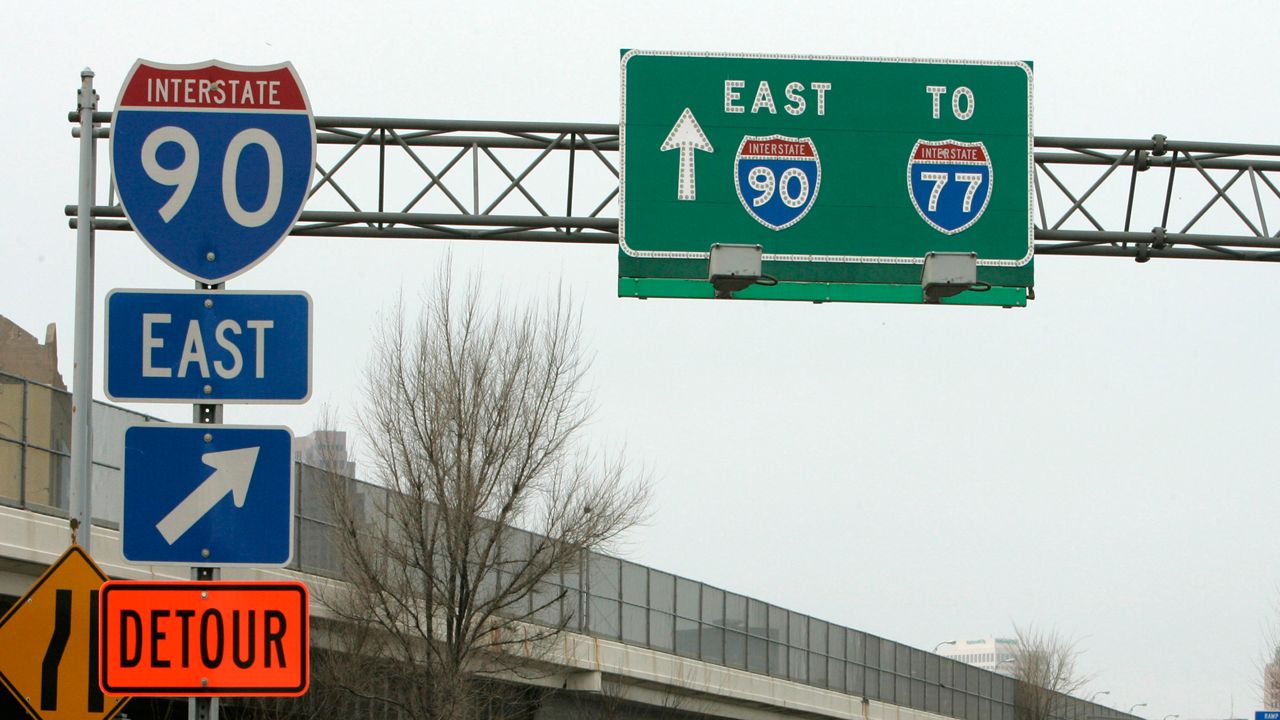 Many Ohio bridges and roadways are in need of repairs, and cities hope funds from the infrastructure bill can solve the problem. (File, AP Photo/Tony Dejak)

OHIO — Billions of dollars will be coming to Ohio from the $1.2 trillion infrastructure bill Congress recently passed.

Dan O’Malley has been working in the labor movement since the day he graduated college.

“My grandmother became a union member when she came to this country in the 1940s and we’ve all had union jobs ever since,” said O’Malley.

He represents the labor union North Shore AFL CIO, and like many, he’s driven over the roads connecting the Cleveland suburbs of Lakewood and Rockey River.

He said the bridge needs help.

“We have over 100,000 vehicles that cross over this bridge every day, and it’s in bad shape. You can almost see it,” said O’Malley, “National organizations which study these list it among the top traveled bridges in the country that are in deteriorating condition, so we really can’t wait any longer.”

He believes the majority of bridges in the state of Ohio are characterized as “deficient” and many will be addressed in the new infrastructure bill.

The bill includes $483 million for Ohio's bridges. Another $9.2 billion is set aside for Ohio highways.

It's money that O’Malley believes could solve what he thinks is a safety problem.

“You know, we have 20,000 people a year who die from traffic fatalities, and I think that if we create safer roads, safer highways through this project, it’s literally a bill that’s going to save lives,” said O’Malley.

But it’s not just about transportation for O’Malley and the union members.

The bill offers a major opportunity for employment in city’s across the Buckeye State.