“It was Surreal”: Durham Couple Was Biden’s Special Guests at Debate

DURHAM, N.C. — When Leonardo Williams and Zwelibanzi Moyo-Williams showed up with their tickets for the presidential debate in Nashville, Tennessee Thursday night, they couldn’t figure out how to get in. But after a little searching and a call to the Biden campaign, they made it.

“We didn’t really know what to expect,” Williams said. When they got in the building, “folks looked at our tickets and people said, ‘Oh, all right,'” he said. And then they started leading the couple past all the other seats and down to the floor at the Belmont University arena.

Williams said he looked down and saw a line of tape on the floor with names on it, including members of the Trump family, as they were being led to their seats.

The Durham, North Carolina, couple were shown to their seats with the other special guests of Democratic candidate Joe Biden: Atlanta Mayor Keisha Lance Bottoms, Jill Biden, the candidate’s wife, and the Bidens’ granddaughter. 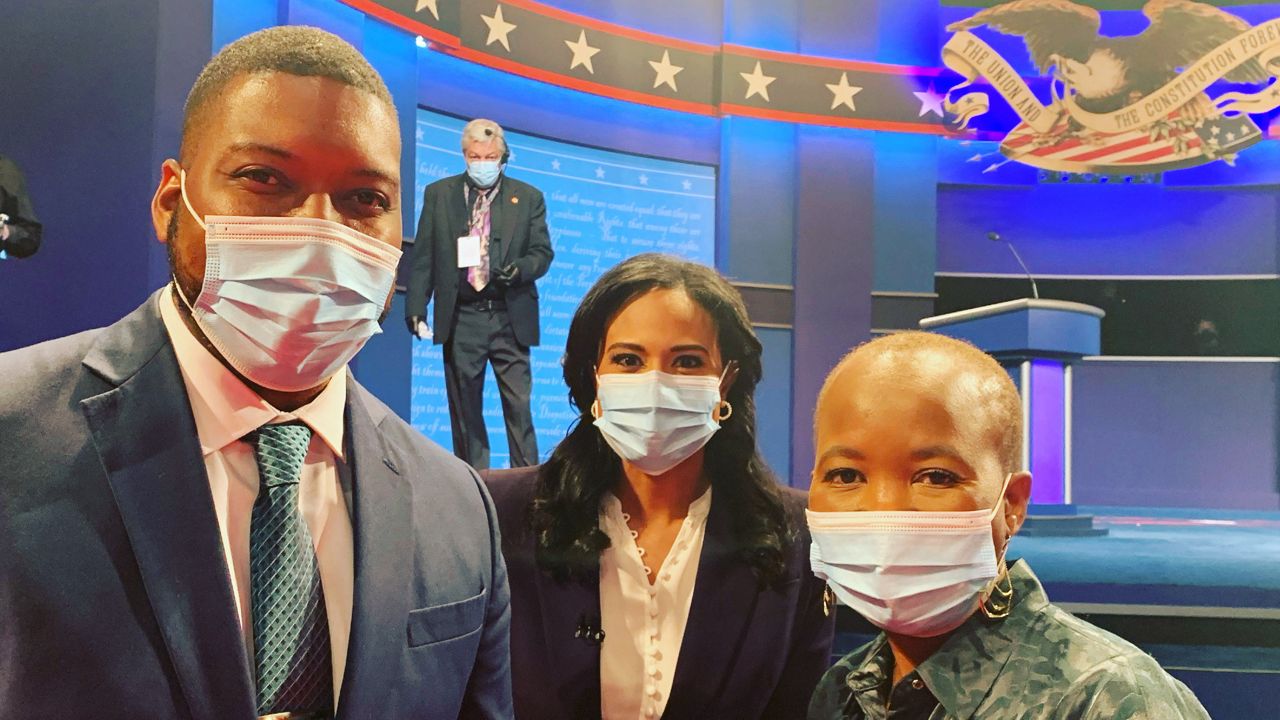 When they finally got to their seats, Williams remembered thinking, “Wow, we are literally at the debate stage.”

Williams and Moyo-Williams spoke with Spectrum News by phone before dawn Friday as they got in their rental car for the eight-hour drive back to Durham. The couple owns Zweli's Kitchen & Catering, a Zimbabwean restaurant in Durham. “We have customers waiting for us,” he said.

“When we got the invite Wednesday evening, we dropped everything and got a rental car and got on the road to Nashville,” Williams said.

The couple has been active in the Biden campaign and were invited because they were an example of small business owners hurt by the coronavirus pandemic, according to the campaign.

He said everyone in the audience Thursday night wore their masks the entire time, maintained social distancing and practiced other pandemic precautions.

By all accounts the debate between Donald Trump and Joe Biden was a much more civil affair than the first round.

“Just to see these things you see on TV in real life, it was surreal,” Williams said.

He described the Trump family seated nearby as “very rehearsed” and “not engaging with anyone.”

Asked what stood out to him the most from the actual debate, Williams said he “took a bit of offense” when Trump said “I’m the least racist person in here.”

Williams said Jill Biden was like her husband’s cheerleader in the room. The couple laughed and chatted with Jill Biden before the debate, and then sat across from her as she was not shy about her reactions to what she was hearing on stage during the back-and-forth.

Williams said their phones kept going off with alerts from friends and family who saw them on television.

“We were there to represent our state,” he said. “It was an honor, it really was.”