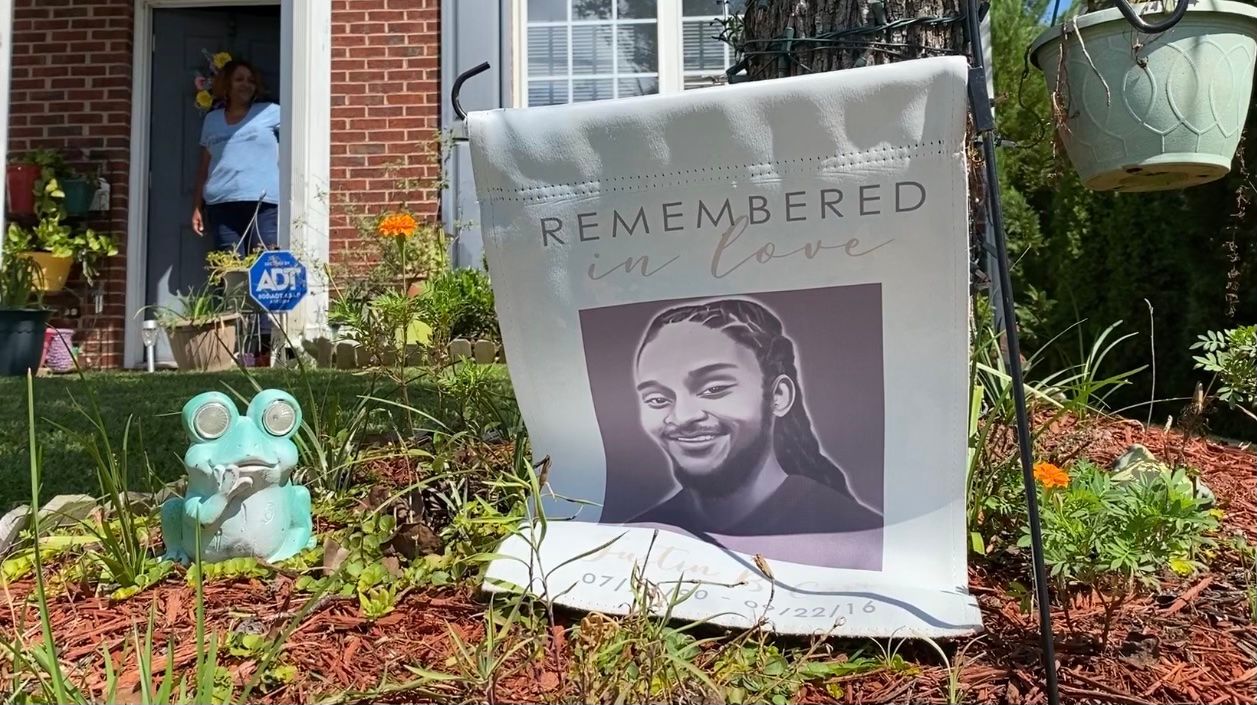 Vivian Carr says contrary to what corporations see, her home is more than four walls and a roof. She says it holds the spirit and memory of her late son Justin Carr. (Spectrum News 1/Rachel Loyd)

“I just love the bond that I have with my neighbors,” she said.

From neighborhood meetings, to petitioning for street lights, to chats about her garden, she says her neighbors are like family.

“I have my neighbor who’s my friend,” she said. “She helps me a lot with my garden. We’re like sisters.”

But the close-knit community of homeowners is changing.

Carr noticed it in her neighborhood last year, particularly a few blocks over from her on Joannes Court and Hannah Rae Court.

“A lot of the original owners on the two second streets, the second and the third street,” she said. “A lot of them are not there. They sold their homes and now they’re rental properties.”

According to an analysis from real estate company Redfin, investors bought 32.1% of the homes sold in Charlotte at the end of 2021 — making the region second in the nation for the highest concentration of investor-owned, single-family homes.

Now, Carr says she’s feeling the pressure to sell, too.

“It’s an all-cash offer and there are no Realtor fees involved,” she reads from a text message.

She gets texts like this regularly. From calls, to texts, to letters — she says she gets 8-10 solicitations a week.

“You will like what you see. Please answer short questionnaire,” she continues to read.

But she won’t budge, even though many of her neighbors couldn’t resist.

“It’s kind of harassing to me, because it’s like they’re trying to drive us out of the neighborhoods,” she said.

Some companies might see these homes as just four walls and a roof, but to Carr, it’s so much more.

“They don’t understand there’s a lot of sentimental value,” she said. “This is where my sons grew up. Justin used to run up and down those stairs all the time.”

Her son Justin Carr was murdered in 2016 when a protest in Uptown Charlotte turned into a riot. She says she can still hear Justin’s laughter and doesn’t want to leave that behind.

She spends a lot of time reflecting in her garden, dedicated in her son’s memory, hoping that city and county leaders will stand up against corporate investors.

“Not let these corporate landlords come in our neighborhoods and take over,” she said.

A spokesperson for Mecklenburg County says they’re bringing federal attention to this issue. During this year’s National Association of Counties Conference, NACO signed on to push the federal government to examine how investor purchases affect housing markets across the nation.