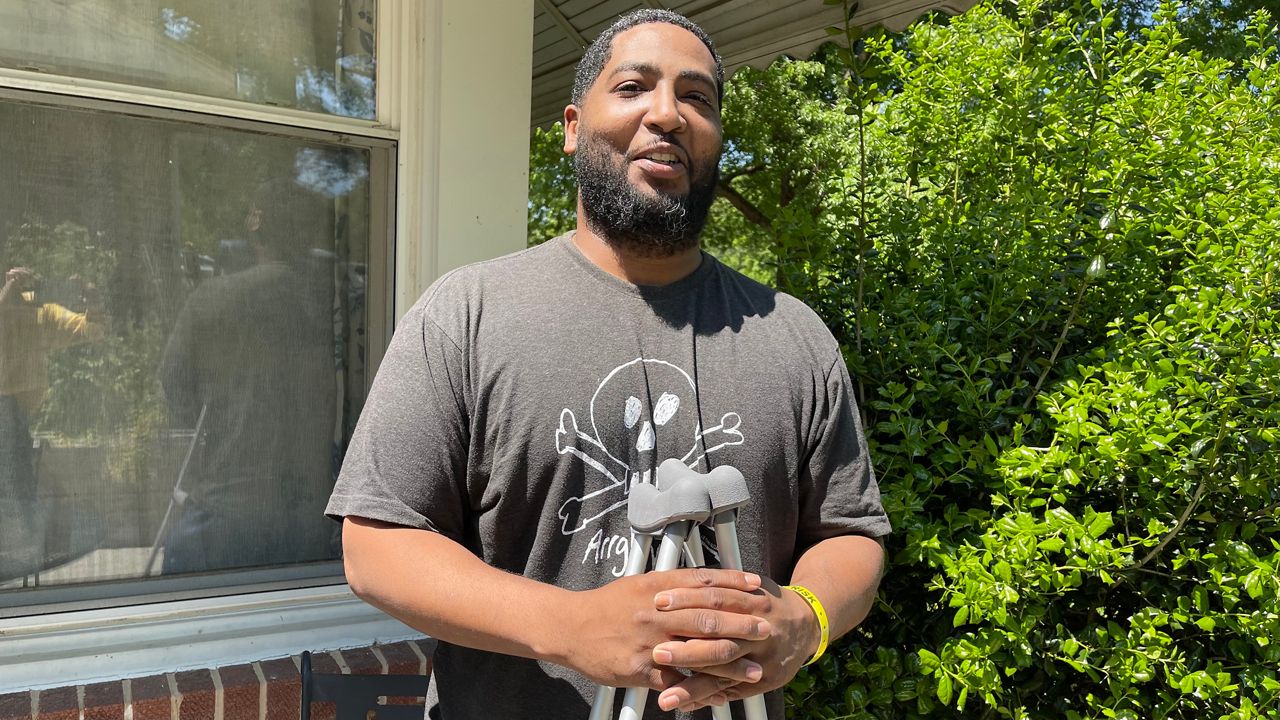 DURHAM, N.C. — StepUp Durham is focused on getting people who were recently released from prison back on their feet.

More than 100 people who were previously incarcerated get $600 a month, for free, for an entire year.

Spectrum News 1 reported about the pilot program when it first began back in March, but recently went back to see just how much of a difference those monthly stipends are making.

Cooper uses the $600 per month to pay his rent and for basic necessities like food and clothes; he’s saving what he can as well

Despite facing major hurdles like a broken ankle, Cooper has been working with an employment counselor and recently landed a job

Torry Cooper was randomly selected for the Excel Pilot Program, but tragedy struck when he broke his ankle a few weeks after getting the first monthly stipend. Despite that, he is on a journey to turn his life around and thankful for it.

“Not being homeless and not being incarcerated,” Cooper said. “The last time I was locked up. I said, 'I am not ever going back to this place.'”

Cooper has been through tough times, in and out of jail, homeless and even sleeping on benches at one point. The free money, no strings attached, has completely changed his life. He says StepUp Durham is a blessing.

“The funds are of great benefit to me because they help with my basic necessities like paying my rent,” Cooper said. “My rent is actually $300 a month. The other $300 I try to save or pay off things that I need to get done like getting my license back.”

Aside from his rent, Cooper also spends the money on food, clothes and car rides, given his broken ankle.

Cooper desperately wants to get a job. StepUp arranged for him to work with an employment counselor to make that happen. Cooper knows his criminal background makes it harder for him to find work, but he’s not giving up. He applies for at least 10 jobs a day.

He set goals for himself for when he’s off the crutches.

“Get a career and start working. Then get you a house. To become a productive member of society. To live the American dream,” he said.

The leaders of StepUp Durham are hoping this year-long pilot program will be a model of success for the country.

An update since recording this segment with Cooper: He now has a job as a manager at a pizza shop and is off the crutches and in physical therapy to help with his recovery.