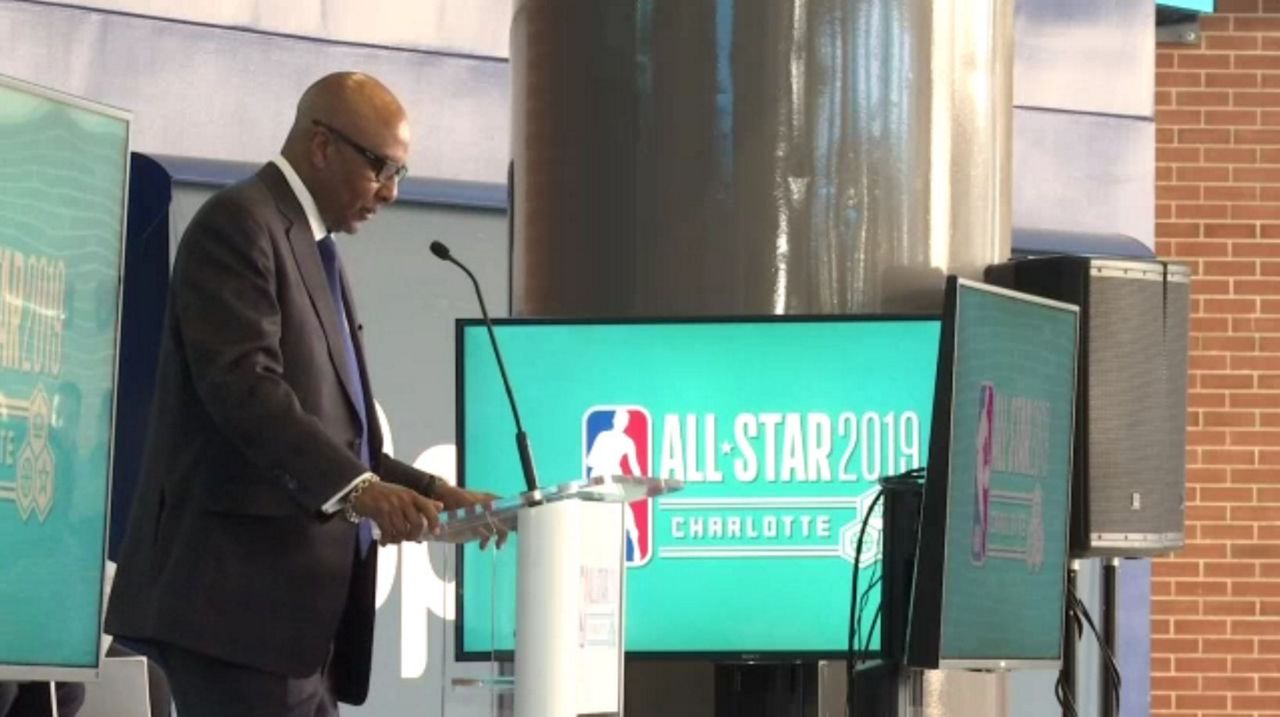 'The NBA is Going to Put Us on the Center Stage': Charlotte Prepares for All-Star Weekend

CHARLOTTE, N.C. – The 150,000 people expected to be in Charlotte for NBA All-Star Weekend will spending money at restaurants, hotels, and on transportation.

“Our team, the city, the county, CRVA, everybody is committed to doing everything we can to make sure that everybody that comes to town has a great time,” Charlotte Hornets president and vice chairman, Fred Whitfield, said.

For the next two weeks, Buzz City will be actually be buzzing with NBA All-Star preparations as visitors begin to trickle in for the weekend.

“Nearly 30 hotels will make up an official block with about 32,000 rooms. A lot of those hotels will be mostly full. A lot of other hotels will also benefit from overflow, and that impact we expect to be quite significant,” Charlotte Regional Visitors Authority CEO Tom Murray said.

With thousands of people in the Queen City, the economic impact is expected to reach $100 million.

“So, where the $100 million comes from is the last two All-Star games both produced economic impact numbers. One was $99 million [and the other was] $106 million. We're estimating $100 million,” Murray said.

For comparison, the Democratic National Convention had an economic impact of $165 million. Mayor Vy Lyles says this is also a great opportunity for recruiting businesses.

“Every opportunity that I have to get before a corporation or business owner I’m going to be talking about that. We want people to come here and tell their HR, Charlotte is the place to come back and visit,” she said. “The NBA is going to put us on the center stage in a global sense and we're really proud of that.”

The marketing that will come with the game, is something the CRVA calls priceless.